Many captive orcas were born and bred in captivity, but this was not always the case. Beginning the in the 1960s, orcas have been caught for entertainment display. One of the most infamous was the mass capture in Penn Cove, Washington. On August 8, 1970, a total of seven whales were taken from L pod (one of the resident orca pods), while 5 died in the process. Among the captures, Lolita (Tokitae) is the last remaining survivor.

The Icelandic coast has also been the site of orca captures in the 1970s and 1980s, with Tilikum and Keiko (of Free Willy fame) being some of the more notable captives. Even today, orcas are still being wild-caught in Russian waters for sale to marine parks in Russia and China as their captive markets continue to grow in popularity.

While there are virtually no documented attacks of humans by orcas in the wild, in captivity there have been four deaths and numerous other “incidents”. Tilikum, of Blackfish fame, was deemed responsible for three of those deaths. While it is impossible to say why these acts take place, the stress of captivity is thought to play a significant role.

Captive orcas also display aggression towards each other, as well as self-destructive behavior. Rake marks and injuries inflicted are often observed on captive orcas, while it is also well-documented that captive marine mammals engage in harmful stereotypic behaviors such as gnawing on tank walls or gates.

At least 160 orcas have died in captivity, even more if stillbirths are counted. However even among the survivors, health issues are abound. Most notably are the dorsal fin collapse in male orcas, as well as tooth damage in captive orcas. It is thought that male dorsal fin collapse is the result of the orcas’ inability to swim in straight lines and develop musculature that would be common when swimming in the open ocean.

Severe dental issues present themselves in almost all captive orcas, who often chew on bars or walls out of frustration. To prevent infection, their teeth are drilled and left unfilled, requiring daily flushing and sometimes antibiotic treatment. When those orcas become ill, they may be resistant to antibiotics due to those regular treatments. Resistant strains of pneumonia and other infections have been the cause of death for numerous captive orcas.

Orcas do not thrive in captive conditions, yet there are at least 60 orcas in captivity around the world today. The majority are the product of captive breeding, which marine parks actively pursue in order to increase their supply of entertainers. Female orcas in captivity have been impregnated at ages as young as 8, while in the wild the average age for reproduction is 15. Females are impregnated repeatedly, not allowing for a normal period after giving birth to raise their calf. Calves and mothers are separated, with calves being transported to other facilities, even though in the wild they may have remained together for life. As inbreeding among remaining captive orcas becomes more common (Tilikum fathered at least 21 orcas in captivity), orcas suffer from stillbirth or miscarriage. One orca was mated with her own son, which would not take place in the wild. Captive mothers have been documented rejecting or even attacking their own calf. 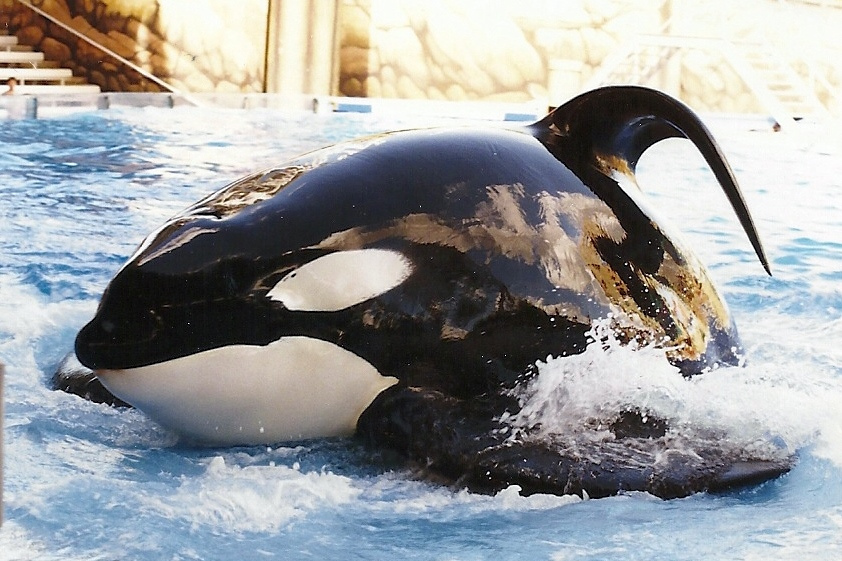 Tilikum, or Tilly, was a male captive orca who gained infamy as a killer whale responsible for the deaths of three humans, Keltie Byrne, Daniel Dukes, and Dawn Brancheau. Captured in waters off Iceland, Tilikum was sent to Sealand of the Pacific, a now defunct marine park near Victoria, Canada, where he was routinely bullied by his tankmates. After killing trainer Keltie Byrne, Tilikum would be transferred to SeaWorld Orlando, where he would ultimately kill two more people. After the death of Brancheau in 2010, Tilikum spent much of his time in isolation away from trainers and other whales. The largest male orca in captivity, Tilikum was easily identified by his collapsed dorsal fin. After a prolonged illness due to treatment-resistant bacterial infection, Tilikum died in January of 2017. 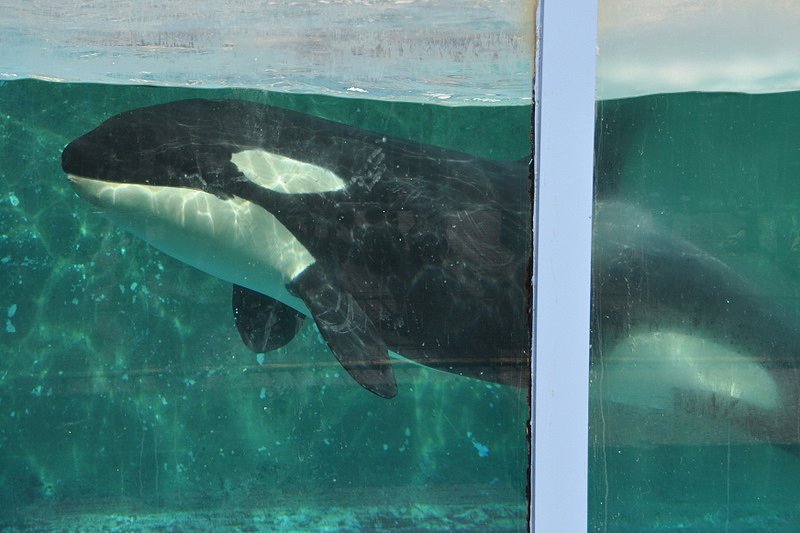 Morgan is a female orca rescued off the coast of the Netherlands, now residing at Loro Parque, Spain. Contrary to initial understanding, Morgan was not released and has been used for captive display and performance. Evidence released in 2016 demonstrated that Morgan’s teeth had suffered significant damage and had undergone drilling, while additional video footage showed her banging her head against a gate.  Other videos of Morgan appearing to beach herself on a slideout platform raised concerns about her well-being. She has been photographed with scars inflicted by other captives, and in December of 2017, it was announced that Morgan had been impregnated at the age of eleven. Morgan is officially listed as an asset of SeaWorld.

Lolita bored at the Miami Seaquarium

Lolita, also known as Tokitae, is the final surviving orca of the Penn Cove capture of 1970. A Southern Resident orca from L-pod, Lolita has been living in a substandard tank (one that violates Animal Welfare Act standards) at Miami Seaquarium for almost 50 years. She has not seen a fellow orca since 1980, when her tankmate Hugo died from self-inflicted wounds. Her current dolphin tankmates routinely show aggression.

During Hurricane Irma in 2017, Dolphin Project obtained video footage showing that Lolita had been left in her tank unprotected, to ride out the storm.

As a Southern Resident orca, Lolita and her family members are protected under the Endangered Species Act, yet she has been afforded no protections under the law. When played the calls of her pod, Lolita still recognized and responded to the sounds. 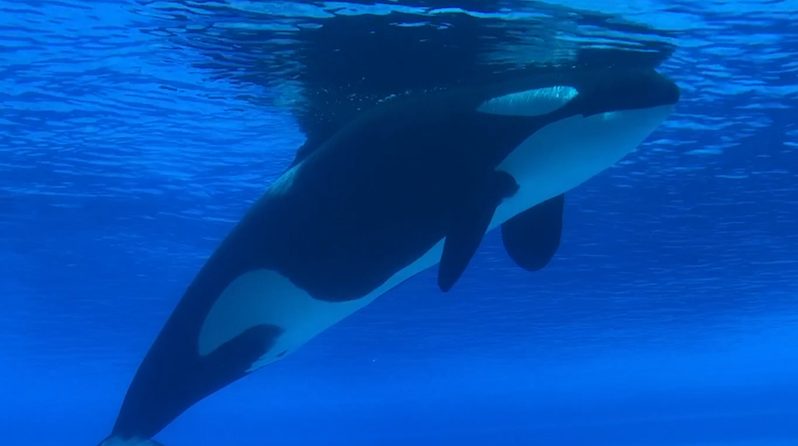 Kiska is the last remaining orca at Marineland, Niagara Falls, Canada. She was wild-caught from Icelandic waters in October 1979 at an estimated age of three years old and has been held in captivity ever since.

Kiska has produced five calves, all of which are missing, or presumed dead. In 2011, Kiska’s last tank mate, an orca named Ikaika, was returned to SeaWorld. He was sent to Marineland in 2004 on a breeding loan, but after a lengthy custody battle the courts ruled against Marineland and the dolphin was shipped back to the United States.

In 2015, Ontario became the first province in Canada to make it illegal to buy, sell or breed orcas. In 2019, Canada made history with the passing of Bill S-203: Ending the Captivity of Whales and Dolphins Act. Bill S-203 will prohibit breeding, imports, exports and live captures of whales, dolphins and porpoises across Canada. Kiska, as she is the property of Marineland, will be grandfathered into this legislation, thus, remains exempt from these laws.