Home/ Bluefield and Nica Returned to the Wild 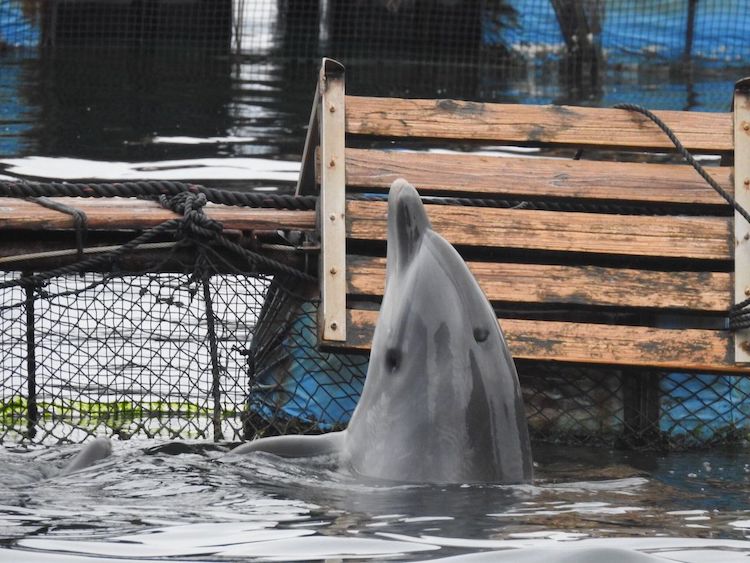 In the spring of 2002, two dolphins were captured off the coast of Nicaragua and transported to a primitive and filthy swimming pool in Bluefields, Nicaragua. The pool was just a hole in the ground lined with a piece of black tarp and filled with water and chlorine. The dolphins had been captured without a permit and the plan was to train them for a captive dolphin swim program.

But locals alerted authorities to the operation. The men who held the dolphins fled the scene as soon as authorities arrived, leaving the dolphins to their own fate. Authorities confiscated the dolphins and asked the World Society for the Protection of Animals (WSPA) for help. (At the time, Ric O’Barry was a consultant for WSPA).

The team moved the dolphins by helicopter to the Corn Islands, where WSPA had built a large sea pen. The rehabilitation process was simple in this case, as the dolphins, whom we named Bluefield (the male) and Nica (the female) had only spent three months in captivity and were still wild. Ric and I stayed with the dolphins and introduced live fish to the sea pen every day.

Once WSPA’s veterinarian had given the dolphins a clean bill of health, they were released into the open sea on August 23rd. In February of 2003, Nicaragua implemented a ban on the capture of dolphins. No dolphins have been captured there since.