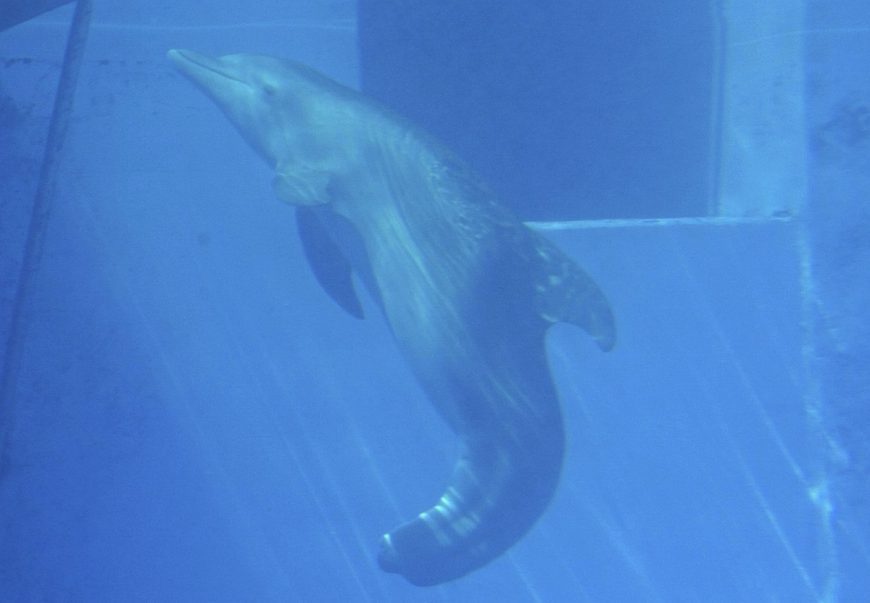 Winter the dolphin, known for her usage of a prosthetic tail, has died.

According to the Clearwater Marine Aquarium, where she had been held in captivity for close to 16 years, Winter had been suffering from intestinal abnormalities. Despite the facility’s efforts, on the evening of November 11, during preparation for a procedure, Winter’s behavior and vital signs began to decline, resulting in her passing.

“We are saddened to learn of Winter’s passing. She could have greatly benefitted from the construction of a seaside sanctuary in the Florida sunshine instead of living in a concrete tank, inside a building. Winter could have retired in peace and dignity, and enjoyed a more normal environment – the great outdoors, the changing tides, and the sounds and rhythms of the sea. From my experience, this is where the healing process begins. While Winter will never get this opportunity, we encourage facilities such as the Clearwater Marine Aquarium to build ocean water sanctuaries for their rescued dolphins and other whales.” ~ Ric O’Barry, Founder/Director of Dolphin Project

In December 2005, the three-month-old bottlenose dolphin, after being freed from a crab pot in the waters near Cape Canaveral, Florida, was brought to the Clearwater Marine Aquarium. The dolphin’s resilience prevailed – while her grievous injuries resulted in the loss of her tail – she regained her strength and survived.

One year later, in 2006, the Hanger Clinic began work to create a prosthetic tail. After eighteen months, she was fitted with the device. In a blog post written by the clinic, the technology used to fit the prosthetic on Winter resulted in the development of a gel liner, called WintersGel, which is now benefitting human patients.

“Winter needed to be rescued, and she was. There is no question that Clearwater Marine Aquarium saved her life. The sad part about her story is that she had to spend so many years in a concrete tank. When we talk about the animal welfare problems connected with dolphin captivity, we always stress the many reasons why these highly intelligent, complex, and sonic beings do not thrive in tanks. Winter was no different. She, too, suffered from not being able to use her sonar the way she could have in a seaside sanctuary. I think we have an ethical obligation to address that in order to encourage solutions and a better future for other non-releasable dolphins like her.” ~ Helene O’Barry, Dolphin Project

A necropsy will be performed to determine the exact cause of Winter’s death. A heart attack is suspected.