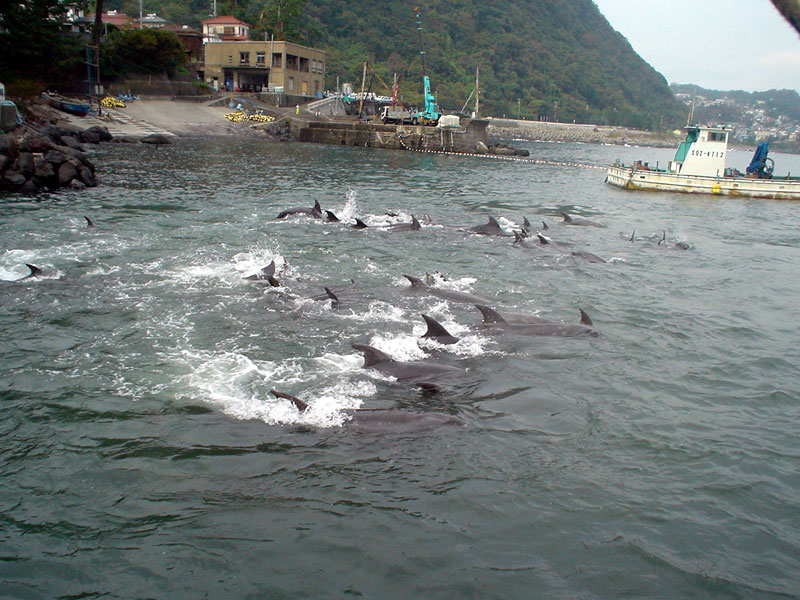 Dolphin hunting used to be big business in Futo. Especially the sale of live dolphins for aquariums and dolphin swim-with programs. There are 51 captive facilities in Japan that display dolphins and several have dolphins from Futo. One of these facilities is in a harbor very close to Futo in the city of Ito. It is called “Dolphin Fantasy,” but it’s actually nothing more that two small floating cages in the harbor.

The animals held here, are constantly dealing with underwater noise and pollution from diesel fuel discharge and boat traffic. Funny how these obscene dolphin abusement parks all have misleading and sugar-coated names. Still, Dolphin Fantasy won’t be getting any more dolphins from Futo — at least for now. The last dolphin hunt in Futo took place in 2005, and the town has survived without it. This is because there are alternatives to dolphin hunting.

Scuba diving is huge in Futo. In fact, I have never seen so many divers in one place before, except in the Caribbean. It’s both popular and extremely profitable — great for the local economy. Today Futo is “dolphin friendly,” yet some of the fisherman say they want to start capturing dolphins again. We’re not sure how serious this situation is because they say the same thing every year, yet it never seems to come together for them.

I have been to Futo a few times before with my dear friend, Sakae Hemmi, of Elsa Nature Conservancy. Sakae and her team have been working on dolphin and whale issues longer that anyone else in Japan. She took me dolphin watching aboard the “Bright Sea” with former dolphin hunter, Izumi Ishii. He was actually a third generation dolphin hunter, and was born into the business you might say. I returned to Futo during the New Year holidays to spend some time with Ishii-san and his lovely wife Yumiko. While there, they introduced me to several people in Futo who are also against hunting dolphins. Unfortunately I don’t speak Japanese, and very few people in Futo speak English, so I can’t really understand exactly what is being said when Izumi-san is talking with them but I got the sense that they are all plotting to ensure sure Futo remains dolphin friendly. I met a lot of the scuba divers there too, who felt the same way.

More and more people in Futo are becoming educated on the dolphin issue thanks to the Internet. They know what is going on in Taiji and maybe they think that negative international publicity will come Futo if their town reverts backwards. It’s hard for me know for sure because of the language barrier, but I do know that Ishii-san talks to his neighbors about this issue, and his neighbors talk to their neighbors, and so on. The word is getting around. These are decent people and it seems to me they want what is best for their community.

In the end, the decision to remain dolphin friendly or not will be made by the good folks of Futo, not by us westerners. But westerners, especially those living in Japan, can be helpful by encouraging their Japanese friends to call or write the mayor of Futo and encourage him to do whatever he can to make sure dolphins are respected and protected in Futo. For example, if you are a schoolteacher living in Japan you might encourage your Japanese students and Japanese colleagues to start a petition and collect signatures to send to the mayor, or better yet, take it to him. What a great school project this could become.

The New Year Holiday is about over and it’s time to say sayonara to my friends in Futo and return to Taiji. The dolphin hunters will resume their dirty business once again on January 4th. I will be there too. 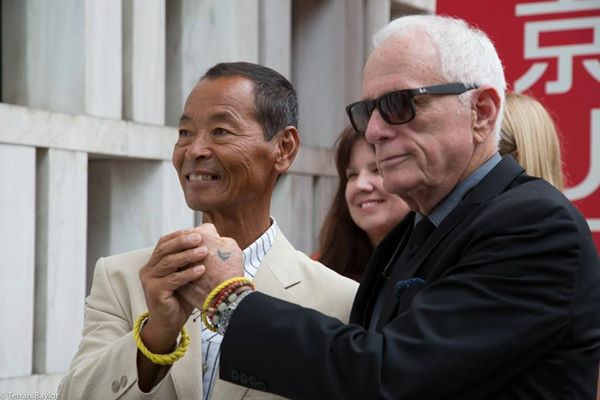 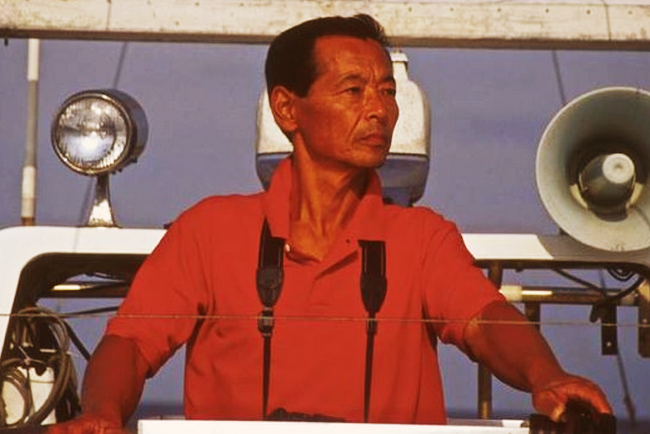 If there’s anyone who truly knows the price of the Japanese dolphin slaughter, it’s Izumi Ishii of Futo, Japan. A former dolphin hunter
read more