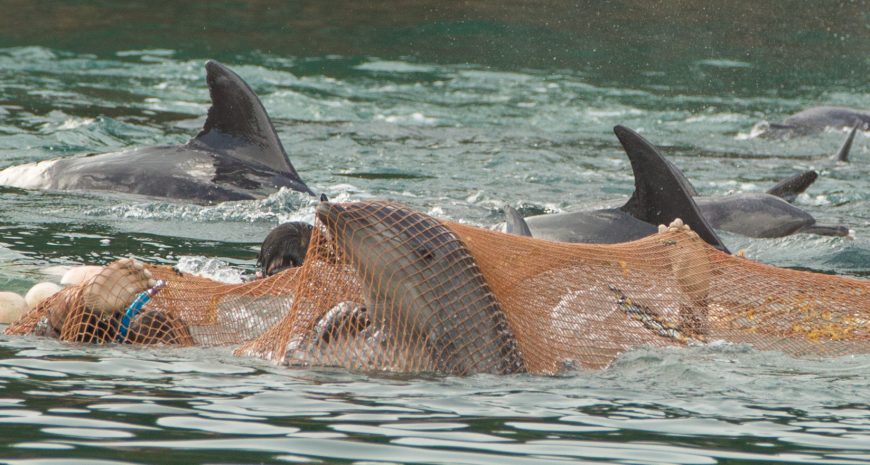 Dolphin Project is pleased to announce that after years of international pressure, the World Association of Zoos and Aquariums (WAZA) has finally suspended JAZA as a member of its organization.

The decision came, the organization said, after, “WAZA and JAZA could not reach agreement on issues involving JAZA member zoos and aquariums taking dolphins from the Japanese drive fishery.”

The Dolphin Project was the first to call on WAZA to enforce its own Code of Ethics which requires its members to prohibit participating in cruel and non-selective methods of taking animals from the wild. The Japanese Association of Zoos and Aquariums had several member aquariums who sourced their dolphins directly from the drive hunts in Taiji, Japan.

Last year, Ric O’Barry and Sakae Hemmi of the Japanese conservation group, ELSA Nature Conservancy (ENC), met with Dr. Gerald Dick, the Executive Director of WAZA, to discuss JAZA’s removal of membership status. A series of meetings between ENC, WAZA and JAZA followed, but resulted in a stalemate. The Dolphin Project has continued to pressure WAZA to take action.

Ric O’Barry leading a protest outside of WAZA’s headquarters in Switzerland.

WAZA writes that although JAZA offered some mitigation over the drive hunts, “it did not restrict taking animals from the drive.” After failing to reach an agreement with JAZA, the Council voted to suspend the Japanese association’s membership.

“The basis for the suspension is a determination that JAZA has violated the WAZA Code of Ethics and Animal Welfare,” WAZA said. “Moreover, WAZA Council re-affirmed its position that members of WAZA must confirm that they will not acquire dolphins from the Taiji fishery.”

Now that JAZA has finally been suspended, JAZA is isolated from its own industry making it more difficult for it to continue to conduct these violent captures. The industry will be reduced to renegades if they continue to traffic in dolphins.” Their credibility with their peers has been destroyed. It’s a good day for dolphins- Ric O’Barry

We congratulate and applaud WAZA Council for doing the right thing. We would also like to thank our Japanese colleagues for their tremendous efforts. This is a big win for all wild dolphins swimming past the shores of Taiji, Japan. 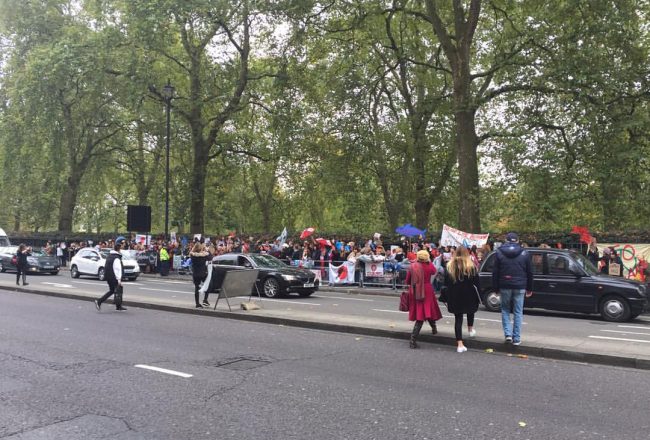 London: Loud and Proud for the Dolphins

London was loud and proud last Friday when — at its height, around 800 people aired their grievances outside the Japanese embassy for
read more