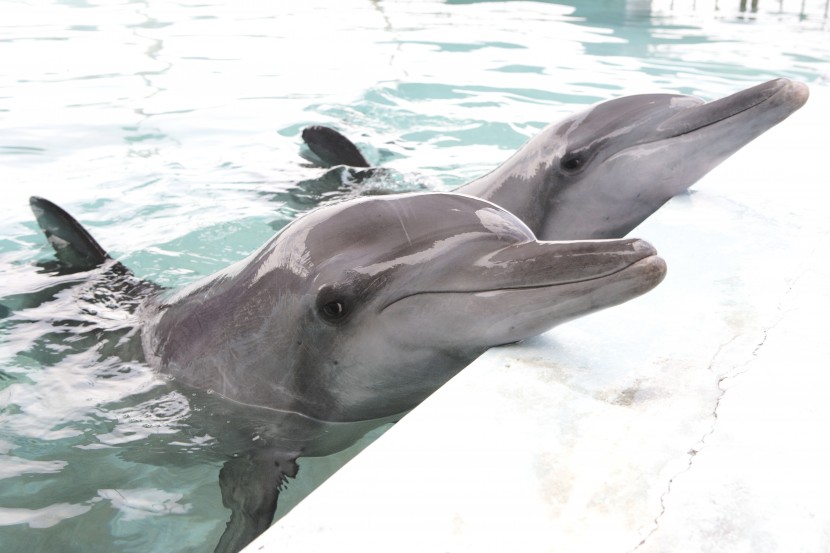 They have taken years to materialize, but last week the USDA’s Animal and Plant Health Inspection Service or APHIS finally released the updated and revised proposals for the care and welfare of whale and dolphins in captivity.

They’re not overly impressive, given the time taken to reach this point and considering that federal regulations have not reflected new scientific input for nearly 20 years. While science conducted on marine mammals during this time has advanced tremendously, very little it seems has made it into the newly-revised proposals.

The proposals for swim-with-the-dolphin programs are abysmal and have changed very, very, very little. While there are a few benefits for captive dolphins, nothing with any real teeth is even tackled — such as pool size. Rather, something that could have made an actual difference for captive whales and dolphins, appears instead, to favor marine park businesses far more than the animals they hold:

… We are not proposing changes to the minimum space requirements (i.e., minimum horizontal dimension (MHD), depth, volume, and surface area) at this time. In light of the disparate recommendations by the ANPR commenters (2002) and the limited scientific data available on this issue, we do not have sufficient scientific or other supporting data to propose space requirements changes at this time. — Proposed Rule by the Animal and Plant Health Inspection Service.

We note that interactive programs have been operating for over 20 years without any indications of health problems or incidents of aggression in marine mammals, as evidenced by medical records maintained by licensed facilities and observations by experienced APHIS inspectors.

A startling claim given that reporting for such incidents has been suspended for years. Rather, APHIS bases its claim on the fox in charge of the hen house — the licensed facilities who make a great deal of money from their interactive programs.

In a recent press release, Congressmen Jared Huffman (D-CA) and Adam Schiff (D-CA) who have been pushing the federal government to release the revised proposals, expressed dismay that the government agency was not tackling pool size. Huffman said he was:

… Deeply concerned that the agency continues to duck the tough decisions and that they failed to address tank size, a key aspect of captive animal welfare. The agency’s attempt misses the mark on a number of fronts, and it is clear from the text of the proposed rule that this draft was significantly influenced, if not written by, the exhibitor industry.

Members of Congress, the scientific community, and the public have repeatedly stressed the importance of increasing space requirements, but this proposed rule fails to take those views and scientific recommendations into consideration. I urge the public—especially members of the scientific community—to weigh in during the public comment period so that we can ensure that the final proposed rule reflects the best available science and therefore improves the welfare of captive marine mammals.

APHIS has always looked to the industry to set standards. In a 2004 newspaper series written by the ‘Sun-Sentinel’, journalists reviewed the USDA’s regulatory process and found it wanting.  “The agency needs the industry for expertise,” they said, before adding:

When the USDA decided to update rules on the housing and care of marine mammals 10 years ago, it invited marine park representatives to help write the new requirements. When inspectors investigate questionable marine animal deaths, they turn to other parks and aquariums. “We rely on people in the industry,” Kohn said. “A lot of them are associated with a facility somewhere.”

Barbara Kohn, the Senior Staff Veterinarian of Animal Care at APHIS told the newspaper that space regulations are, ” … designed to be a minimum standards act, not an ideal.”

The ‘Sun-Sentinel’ then made reference to the dreadful oversight of dolphin petting pools. “Inspectors,” they said, “are not enforcing even those minimums.” Furthermore, they explained:

USDA inspector Robert Brandes cited SeaWorld Orlando last June (2003) for allowing visitors at the dolphin petting pool to touch the animals’ mouths and blowholes. Brandes also saw unattended small children straddling the tank’s wall, records say. During a visit in late February, the Sun-Sentinel videotaped unsupervised children leaning into the pool and guests touching dolphins’ blowholes. The USDA’s Rogers said the newspaper could file a complaint. He would not review the video.

See page for author; CC BY 2.0 via Wikimedia Commons

In the newly-released proposals, swim-with-the-dolphin programs are to be renamed ‘interactive programs’ that would continue to exclude programs such as feeding or petting pools, or any other programs “where members of the public are not allowed to enter the primary enclosure.” Interaction times for the animals have also been extended from two hours to three.

Fortunately, as they currently stand, these are just proposals. Now that they are published in the ‘Federal Register‘, they are also open to public comment. Dolphin and whale-protection groups are currently working on their suggestions for improvement along with a bullet list that you — the general public, can use to submit comments of your own.

We’ll let you know what you can do soon. Stay tuned for further details.

Taiji, 1-6-20: A pod of striped dolphins met their fate in the Cove today, in Taiji’s first successful dolphin hunt of the
read more 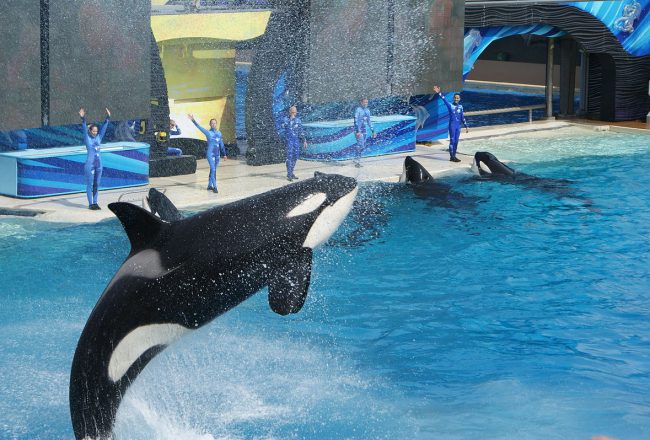