Update on Dolphins in Indonesia

Home/Blog/Indonesia/Update on Dolphins in Indonesia 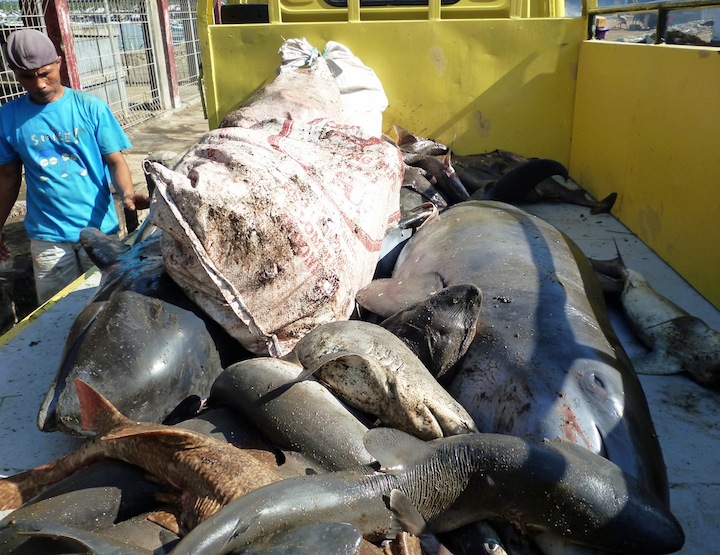 Indonesian fishermen respect dolphins.  In 2010, when the Jakarta Animal Aid Network (JAAN) conducted a survey throughout Indonesia, all the fishermen answered that they would never want to harm dolphins.  Some replied that dolphins help them find fish; some replied dolphins help them when they are facing problems in the sea; and others that they simply like to interact with them in any positive way.

One story by a fisherman in Karimun Jawa even confirmed that dolphins had helped him to get back ashore when his boat broke down 10 miles from the coast.  Dolphins are the “humans” of the oceans, and fishermen are very aware of that in Indonesia.

Yet, there  continue to be a few areas where conflicts between people and dolphins occur.

In Riau province, when dolphins were captured as “bycatch” (supposedly by accident), the fishemen would sell the dolphin meat on the fish market as “cow meat”, as the red color and texture of dolphin meat is very similar to beef.  Fortunately, few would buy and eat this meat.  A campaign conducted by our JAAN team in 2010 had positive results – the few fishermen involved with this practice stopped catching the dolphins immediately.  They are now to release the dolphins alive if they are accidentally caught.

Another continuing problem is the captures for commercial dolphin shows in Indonesia.  Wild dolphins are protected under strict laws, but the commercial circuses continuously capture them to be exploited and abused in their shows by using the loopholes in the law to claim that the dolphins were “accidentally” entangled in fishermen’s nets and need medical care; they then claim the dolphins are unreleasable.

Our JAAN team interviewed the few fishermen involved with the catching of the dolphins, and their coordinator clearly stated on film that he feels horrible about doing this, as the dolphins “cry like babies” and are just like humans. But the circus pays big money for the dolphins, and that is why he captured dolphins for them.

Dolphin Project and JAAN recently prevailed upon the Indonesian Minister of Forestry, which oversees dolphins in captivity, to close down the traveling dolphin circuses.  He agreed the circus was inhumane, but shortly after his decision, the circuses opened up again under a new name.  It seems the Ministry of Forestry is likely rife with corruption.

JAAN and Dolphin Project, however, did not give up and instead obtained the pro-bono services of one of the most prominent attorneys in Indonesia, Mr. Hotman Paris, who has never lost a case.  He arranged a signing on August 19th by the Forestry Minister and the owners of the traveling dolphin circus of an agreement to shut the operation down permanently.  JAAN’s staff will follow up to ensure that the dolphin circus stays closed.  A lawsuit is pending to enforce the agreement.

This is a tremendous victory, as this is the last traveling circus to use dolphins left in the world.

In our JAAN campaign to end the sharkfin trade, we suceeded last year in prohibiting the selling of sharkfins at the International Airport of Jakarta. Yet we still face many challenges to help sharks in Indonesia.  Since in the area of Lombok the killing of sharks also involves the killing of dolphins, the challenge has become even greater to save these amazing creatures from the brutal trade just for a cup of sharkfin soup.

This photo shows cetaceans (along with sharks) killed to be used as bait in Lombok.  Our JAAN team has placed billboards there as in 12 other main ports in Indonesia to yet again explain about the protected status of cetaceans and some shark species.  So far, the billboards seem ineffective in Lombok, where the killings continue.  Our team is now in the process of setting up a fulltime office there to allow us to monitor all happenings and react to the killings of cetaceans.  We also will continue to campaign for better protection of sharks on the national level.
Photos courtesy of Jakarta Animal Aid Network.