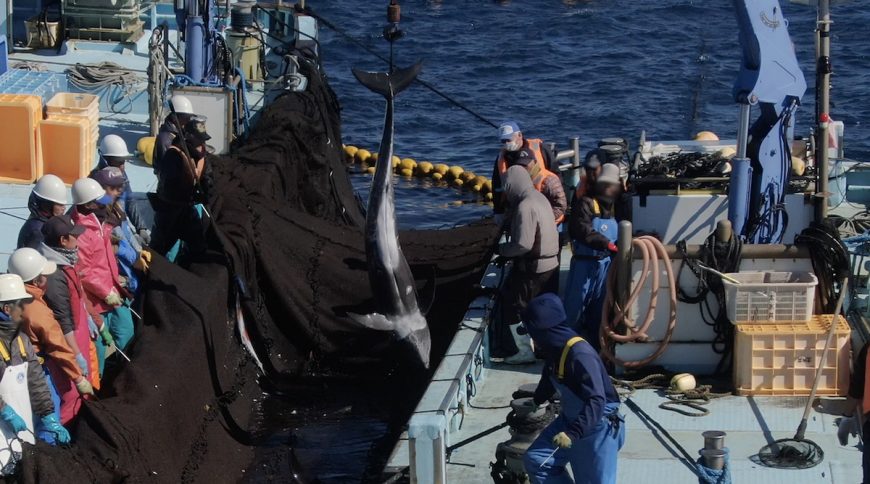 TAIJI: Even to this day, after years of witnessing and documenting the brutal drive hunts in Taiji, Japan, the level of cruelty dolphins endure in this tiny town is shocking.

For the fifth time in 15 months, dolphins and other whales have been caught in the fishing “set net” system. On November 29, 2020 a humpback whale was trapped in the nets and released one day later. On December 24, 2020 a minke whale was caught in these same nets, and after 20 days of struggle, was slaughtered by drowning by the fishermen’s association. On January 13, 2021 a humpback whale died after becoming entangled in the nets. On January 6, 2022, a minke whale was deliberately drowned after becoming entangled in the nets. 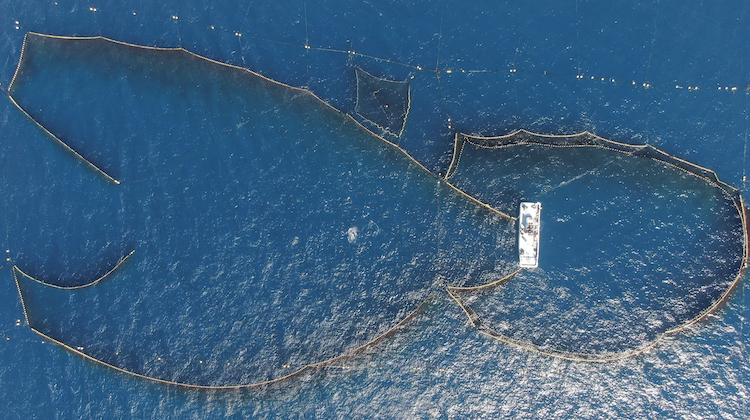 In this latest incident, several Risso’s dolphins were trapped in the set net system. And while they did not immediately lose their lives as a result of this entrapment, they were roughly handled in attempts to release them into the open waters.

Please watch the video below. This was how the Risso’s dolphins were released from the fishing nets.

It is likely that the dolphins were inadvertently pushed into the nets during a recent drive hunt. On February 15, Ren Yabuki, Director of Life Investigation Agency (LIA) and his team, in collaboration with Dolphin Project, spotted two Risso’s dolphins in the nets. One day later on February 16, eight more Risso’s dolphins were spotted in the same net system.

As the law states that dolphins trapped in set nets must be released, on the morning of February 16, net fishermen cornered the dolphins in the far end of the nets. Ropes were tied around the base of their tails, then they were hoisted out of the nets, and into the surrounding open water. Dolphin hunters assisted by pushing the remaining mammals to the far end of the nets. They too, had ropes tied around their tails and were hoisted up and out into the ocean. 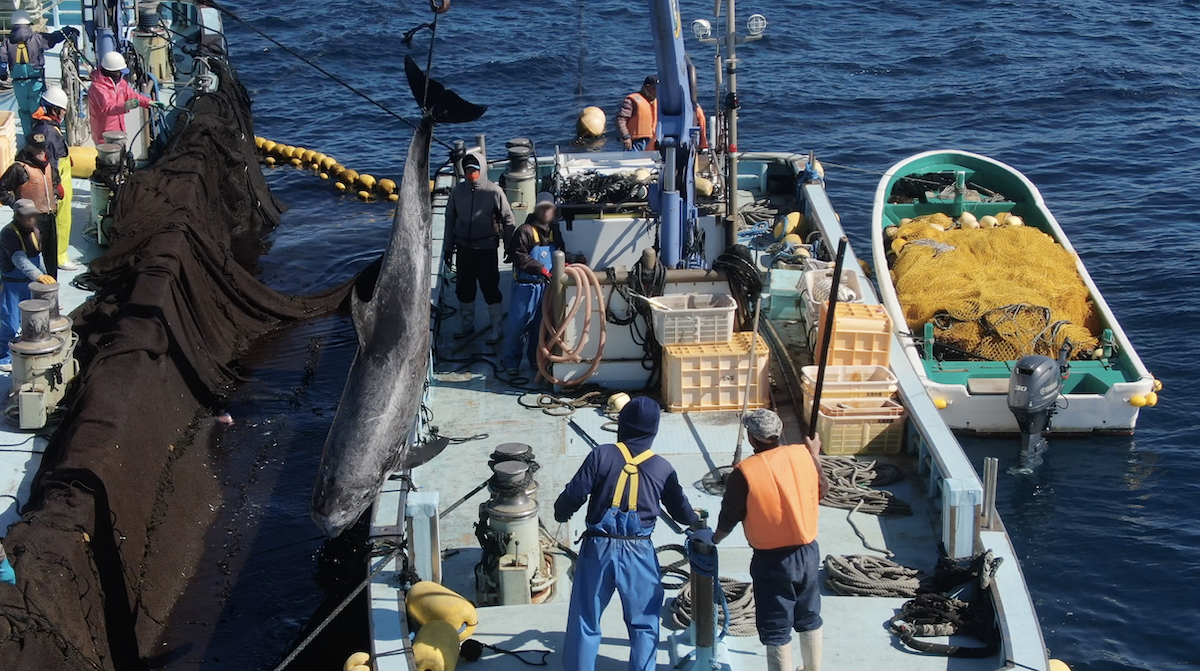 The process of lifting the dolphins out of the nets was brutal. LIA documented dolphins flailing, with one dolphin’s head smashing into the side of a boat, as its body dangled via the hoist. When the dolphins were released, the ropes were left wrapped around their tails. There is no way of determining the severity of injuries that might have been suffered as a result of the release process. Further, any dolphins that were killed during this release would not be counted against Taiji’s annual drive hunt quota. 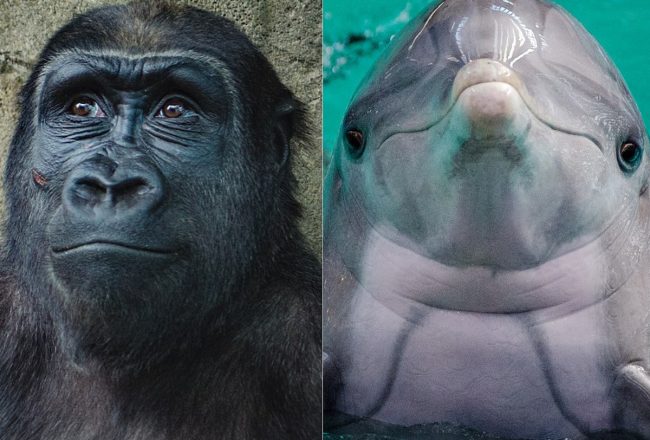