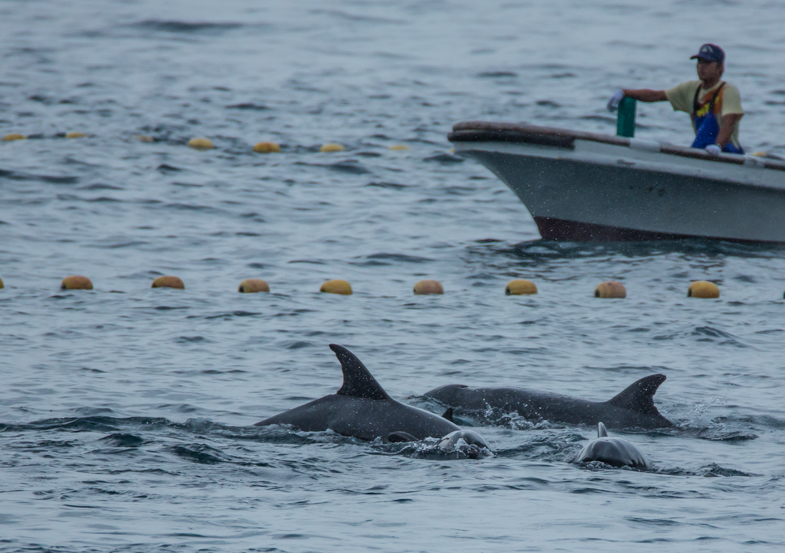 Taiji’s notorious drive fisheries, scheduled to commence on or around September 1, will now include two additional species for either capture or slaughter. Rough-toothed dolphins and melon-headed whales – both pelagic, or deep water species – will be added to the 2017/18 catch quota, as set by the Japanese Fisheries Agency.

It has been previously reported that the agency was considering the addition of 46 rough-toothed dolphins – possibly for captive display, and 704 melon-headed whales – likely for a combination of display and consumption – but these numbers have not yet been confirmed. During the 2016/17 season, a total of 804 dolphins across six species were taken captive and/or slaughtered. Dolphins were chased, harassed, manhandled and injured – all fueled by the lucrative captivity trade which supplies dolphinariums and marine parks across the world with cetacean “entertainment.”

With a trained dolphin worth as much as $155,000 USD, it’s feasible that additional species of dolphins have been added to fill orders, especially if bottlenose stocks have been depleted.

The species targeted in the drive fisheries include:

Dolphin Project Cove Monitors will once again, be on the ground in Taiji for the entire six-month dolphin hunting season to document and disseminate information on the hunts. Planning is currently underway for our 2017/18 campaign.