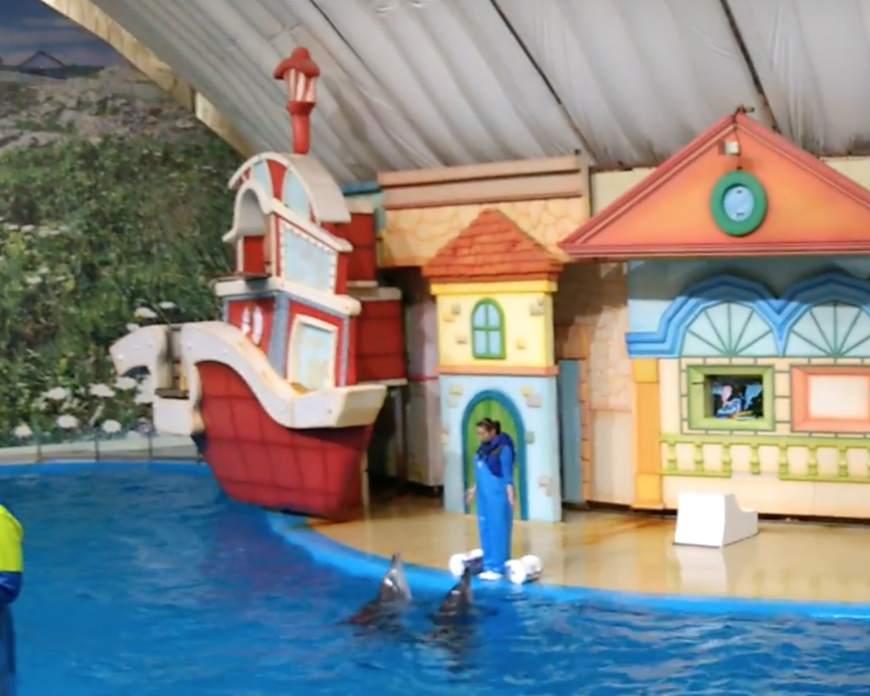 BREAKING: After 20 years of captivity, two dolphins being held at Seoul Grand Park in Seoul, South Korea will soon be released into their original home range.

The male Indo-Pacific bottlenose dolphins, named Geumdeung and Daepo, will be returned to the seas around Jeju Island by July 2017. The official announcement was made on April 21 by the Ministry of Maritime Affairs and Fisheries, the Seoul Metropolitan Government, and Korea Marine Environment Management Corporation.

Thanks to the efforts of Seoul’s Mayor, Park Won-soon, these dolphins will soon be swimming wild and free. In a previous meeting in his chambers, he told me “The Cove” movie greatly influenced his decision to set captive dolphins free.” ~ Ric O’Barry, Founder/Director of Dolphin Project.

These aren’t the first dolphins to be released in South Korea. In 2013, the Korean Supreme Court ruled to release five captive dolphins caught and sold illegally to aquariums. Ric was in South Korea in May of that year, helping the Korean Animal Welfare Association, along with other NGO’s with the rehabilitation for three of the five dolphins: Sampal, Jedol and Chunsam. Using Dolphin Project’s Protocol for Releasing Captive Dolphins, they were freed two months later. One year later, in April 2014, the dolphins were spotted swimming around Jeju Island, identified by the freeze branding on their dorsal fins. The good news doesn’t end there. Two years later in April 2016, a team from the Dolphin Research Group of Jeju University/Ewha Womans University confirmed that Sampal successfully gave birth in the wild. Four months later, in August 2016, the same team confirmed Chunsan was also with a calf.

This latest planned release will finally liberate Geumdeung and Daepo, who were caught in a fishing net near Jeju Island in 1997 and 1998. Taken into captivity, they made the rounds at various dolphin shows before being sent to Seoul Grand Park in 1999 and 2002. Estimated to be aged around 23-26 years old, the two males will join other wild Indo-Pacific dolphins which reside in the area.

We wish our friends and colleagues in South Korea great success in their rescue and re-release work.