Home/Blog/Japan/Two Days of Greed in Taiji 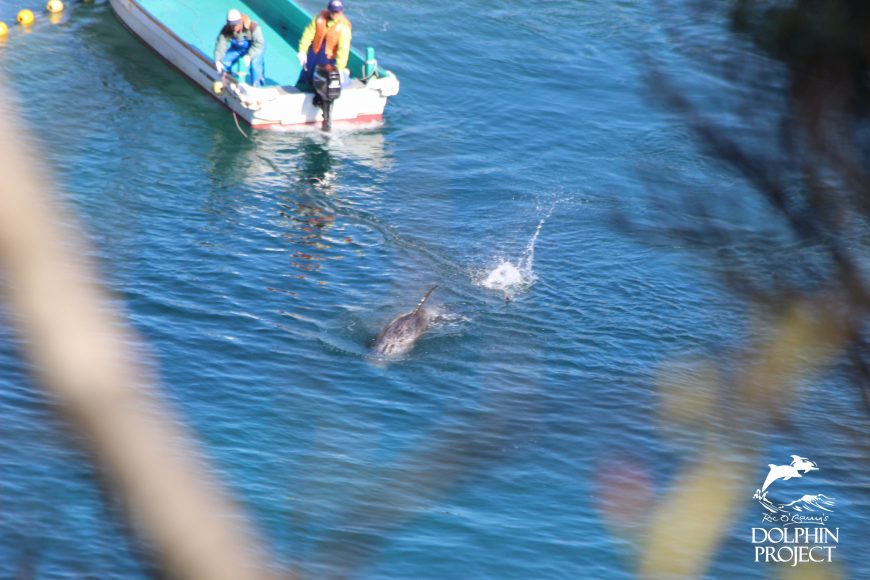 Today was a Blue Cove Day, and I am so very glad the dolphins got a break. The past two days have been brutal, here in Taiji. On January 20th, 2015, the banger boats went out early in the morning and almost immediately, found a pod – a beautiful, fighting pod. For almost four hours, the boats scrambled, drove back and forth, and yet, five pod members were driven into the killing cove. From what I could see, most of the pod were able to escape, but the ones that were captured had white markings on their skin, meaning they were elderly Rissos dolphins. It was heartbreaking to see how they were pushed into the shore, and under the tarps, their lives brutally ended. One of the dolphins was able to stay on the other side of the nets, only to be terrorized by the skiffs’ motors and ultimately pushed back into the cove. The fear these sentient beings must have felt cannot adequately be put into words. Through the tarps, I could see one of them struggling as it watched the hunters kill its family. Sadly, it met the same fate, as another life was senselessly lost.

The killers then transferred the bodies to the butcher shop and ended their day with lunch and laughter. I went looking for the meat but wasn’t able to find any. I will keep looking and post an update if I am successful.

January 21st, 2015: Another terrible day. The boats went out early again and by 7:45 a.m. were already chasing a pod. This pod wasn’t able to fight nearly as hard as the Rissos and was driven into the killing cove after two hours. These were bottlenose dolphins – about 15 or 16 animals – the same species made famous by Flipper. Bottlenose are the most sought-out dolphins because of their popularity, so the hunters knew they scored a big payday. The frightened pod was left in the cove as the hunters enjoyed their lunch and prepared sea pens for their new prisons. Once they returned, the brutal captive selection began. As the dolphins were terrorized by the skiffs’ engines, one animal was hit by the boat’s propeller and could clearly be seen bleeding from its nose and side. The animal did not survive and so was turned into meat at the butcher shop.

Ten dolphins were taken, with the ones not considered “pretty enough” marked with white paint. Under the tarps, I could see one of the dolphins fighting desperately for its freedom while hunters held it down against its will. It was horrific to witness.

In the end, the boats drove out the remaining five or six dolphins back to sea, survivors of a family forever destroyed. This had been a pod with an intricate social structure, yet with females and calves taken, the chances of this pod surviving were very slim. This is why we must SHARE and EDUCATE regarding the truth surrounding dolphins in captivity, and the devastation it causes, not only to captive animals, but also to the surviving pod members. In the wild, dolphins can swim up to 100 miles per day. Yet these victim dolphins will forever be subject to a life swimming in endless circles, kept “obedient” through starvation techniques and other similarly abusive actions. Most dolphins do not survive the first, few weeks of captivity. Many refuse to eat dead fish and must be given high doses of medication in order that they be able to cope in their new, alien environments. When people buy tickets to dolphin shows, they are supporting and endorsing these horrors. The hunters of Taiji are funded by the captivity industry. A dolphin for meat sells for about $500 – $600, but a trained, captive dolphin is worth about $150K. This “blood money” is what funds hunters.

For the dolphins that once swam free in the wild waters of Taiji, to the dolphins forced to perform for food in aquariums across the world, I urge you to TAKE ACTION and TAKE THE PLEDGE to never, ever buy a ticket to a dolphin show. No matter how small the effort, we can all work together and end this, once and for all. 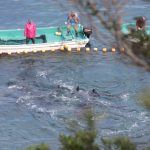 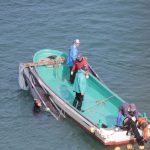 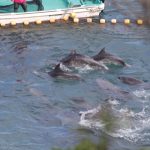 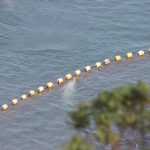 This bottlenose dolphin was injured in a drive hunt conducted just two days ago. It didn’t survive. 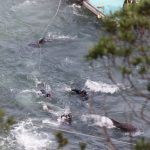 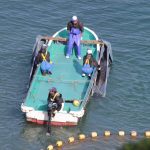 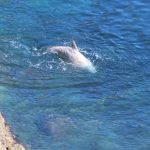 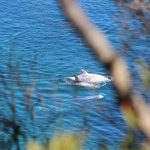 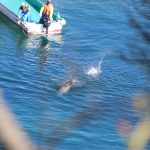