Twenty Days of Blue Water in the Cove

Home/Blog/Japan/Twenty Days of Blue Water in the Cove 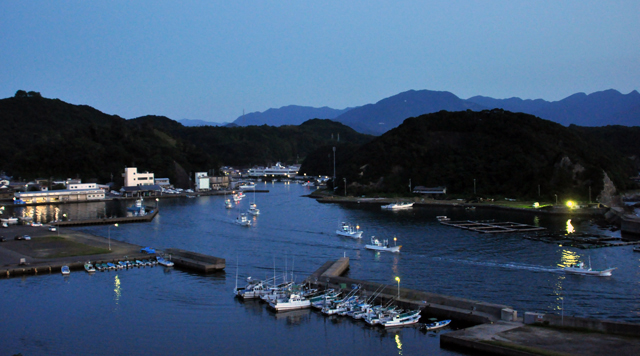 My dear friend Hans Peter Roth from Switzerland and Ruth Williams, a US veteran from our Tokyo trip two years ago, have arrived in Taiji during foul weather.  They report that, following up on Sakura’s information, the Cove in Taiji has been blue with no dolphin kill for twenty days.  While some days have been rough at sea due to wind and weather, other times the dolphin hunters have gone out and come back without spotting dolphin pods.  Would that the Cove remains blue every day of the year!

As Hans Peter told me, “We are here for cooperation, not confrontation.  We want to see, meet, listen, learn, talk, help, solve, save, achieve.  But together, in cooperation with whomever else is looking for solutions for the benefit of all.  We know we cannot end the dolphin hunt.  Only the Japanese can.  But we can contribute and support.  For new ways out and alternatives.  For a better future for all.”  Amen! – Ric O’Barry
Ruth Williams reports:

The weather has been bad for the past two days, so we have had plenty of time to go around and check out dolphin pens and keep eyes out for any activity.

The police are constantly following us, and we are also followed by an un-marked white car.  But we are very polite and been having a lot of open communication with the police.

The dolphin pens in Taiji Harbor have more dolphins than we were told.  We witnessed some activity there yesterday which looked like they were administrating medications to one of the dolphins.  They actually had the dolphin in a sling and got in the water to do it.  The weather was really bad that day so it was hard to see exactly what they were doing.

Still have not been able to get an exact count of those dolphins.  They are not very active at all.  One pen has about 4-5 and the others have at least 1-2.  We estimate a total of about 15 captive dolphins altogether in Taiji harbor.   This in unconfirmed, so we will try and get a more accurate figure as soon as possible.

The dolphins at Dolphin Base are more active.  We watched them actually playing with sticks and balls on their own.  Trying to keep from going crazy, I imagine.  The pilot whale in one of the pens with another bottlenose dolphin seemed to be very aggressive towards the dolphin.  I was the only one to observe this.  It took place in just a few minutes, but the pilot whale seemed almost like he was trying to push the dolphin under water.  And the other dolphins in surrounding pens seemed to react to it as well by spy-hopping and jumping around.

Anyways, the weather has significantly calmed down today.  Clear skies, slight wind.  The boats going out in the morning is a very good possibility.