Trip To Taiji With My Son

Home/Blog/Trip To Taiji With My Son 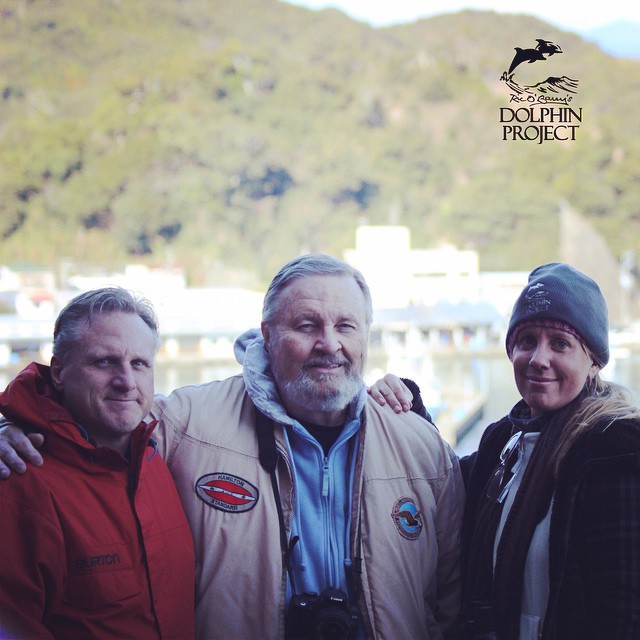 Cove Monitor Terran Baylor was accompanied by his Dad in Taiji this year. Terry Baylor writes about his experience at the Cove. -Ric O’Barry

My mom, dad, and brother and I moved to California in 1957.  My dad had started work in California about six months before we all moved out here.  For the first two or three months he took us to see all kinds of things that you couldn’t see in the Chicago area where we came from. Of course Disneyland, and the Pacific Ocean were important firsts, but Marineland of the Pacific had more impact on me than anything else.

They had dolphins performing as well as a pilot whale. This was exciting stuff. From the grandstand you would view these shows with the Pacific Ocean as the background.  I remember thinking at that time that these animals couldn’t possibly feel right confined in this relatively small tank when their home was the vast ocean beyond.

I grew up watching “Flipper” on TV and going to Marineland and SeaWorld. It was always entertaining but the dark thought of their confinement always there. This has to be true for most people that see these shows.  You don’t have to be told how miserable it must be for such intelligent animals to be confined like this, but it stays in the background as you go through life.

I of course knew that whaling was still going on in Japan and other places but until the movie “The Cove” came out I wasn’t aware that so many dolphinariums and whale shows had sprung up all over the world.

My son, Terran Vincent Baylor, got involved with Ric O’Barry’s Dolphin Project after seeing the movie. Over the last few years I’ve been more than aware of the importance this has taken in his life. He has traveled all over the world in a constant effort to make people aware of the abuse whales and dolphins endure to make shows in places like SeaWorld possible.  The capture of these show dolphins is fueled by some of the most cruel and senseless activities imaginable.

I just came back from my first trip to Taiji, Japan with my son. This little town is the source for many of the show dolphins seen around the world. Captured during daily hunts that continue for six months of the year, 10 to 12 boats go to sea, locate, and drive whole pods of dolphins into a small cove just above Taiji Harbor.

This is the infamous “Cove” from the movie named after it.  Depending upon current demand, the hunters will select one or two of the dolphins to be trained for the show market. “The pretty ones.” They kill the rest of the pod and take them into Taiji Harbor to be butchered.

The first morning I was there to witness this myself they slaughtered the whole pod, 25-30 striped dolphins. This is known as a “red day” in the Cove as opposed to a “blue day,” when the hunters either don’t go out to sea — or they do, and dolphins aren’t found. There are also rare “blue days” when dolphins are found but they evade being captured.

There is much being said about the tradition of the hunt.  Often the grandfathers and fathers of these dolphin hunters have been hunters as well. Personally I don’t think that “tradition” should ever be a reason for keeping something this senseless and cruel.

As the world becomes more aware of these goings on, the hunters themselves are increasingly aware of the scrutiny they are under. What used to be done in plain sight is now being done behind tarps and the killing has been moved to an area in the Cove where it is much harder to view. Much has been done to keep the Japanese people from knowing about all of this, and the “The Cove” movie was banned in Japan. Taiji even has a Whale Museum with a dolphin show of its own. It is right over the hill from the Cove itself. You wouldn’t even know it was there unless someone told you about it.

Terran and I talked with a Japanese mother and daughter at the Whale Museum. The daughter had gone to college in Santa Monica, California. They had just watched the dolphin show at the museum but had no idea that the killing was being done just over the hill from where we stood. They were shocked.

For the first three days that I was in Taiji there was a group of kids visiting Taiji from Phuket, Thailand. They came with two of their parents and their teacher to visit the Ric O’Barry’s Dolphin Project crew, and to see for themselves what was going on. They ranged in age from 9-12 years and were pretty smart, well-behaved kids.

In their class in Phuket, they had written a petition to the Mayor of Taiji to stop the hunt and the killing of dolphins. They went into the Mayor’s office with my son while everyone else stood outside. They presented their petition and talked with the Mayor’s people about it. They really pulled it off well.

After the kids left for home, I had a chance to spend more time with my son, Vickie Kiely and Natasha Aldred — Cove Monitors for Ric O’Barry’s Dolphin Project. On blue cove days we got to see a little of Japan as well. It is a beautiful country and the people are very nice and I have to say that this includes the Taiji police.

During my time in Taiji, I got to talk with the police got to know them name. I came to realize their main concern was for the safety of people — not at all what you would expect. They were especially interested in the safety of the kids while they were there and warned us about certain areas to be careful in so they wouldn’t get hurt. They absolutely were not there to keep us from seeing anything that was happening with the dolphin hunt.

On our way back to Tokyo my son wanted to visit Izumi Ishii (Ishii san) to discuss a new project.  Izumi Ishii was once a dolphin hunter himself, but over time, the dolphin killing troubled his heart and he quit. We went by train to Futo. Captain Ishii picked us up at the station and took us to see his boat in Futo harbor.

Ishii san is still a fisherman and takes people out to see dolphins and whales. He spoke almost no English and my son doesn’t speak Japanese yet, so they used translation programs on their cell phones to help communication.  It worked pretty well. Captain Ishii took us to our hotel and the next day, my son and Ishii san had a great conversation with the help of a translator on Skype.

During the train trip I left my cell phone on the high speed train. By the time I realized, the phone was probably 40 miles away.  Terran said don’t worry, you’ll get it back. Nobody steals anything in Japan. The desk manager at the hotel spoke good English and he called the train company for me the next day. They found my phone and we went by train into Tokyo to pick it up at the lost and found.

Japan is a beautiful country and the people are very nice and helpful. It is in sharp contrast to the killing and capturing of dolphins and whales that goes on in Taiji.  I believe that as the country finds out about the dolphin killing in Taiji, it will be brought to a halt.

With whaling he has used the need for research as the reason for continuing whale hunting. The majority of the world knows how to do research without killing even one whale. Unfortunately, Japan isn’t the only country currently whaling.

I am very grateful for having had the chance to go to Japan and to see what was going on for myself. I will continue to support my son and Ric O’Barry’s Dolphin Project in any possible way that I can.