Trio of Deaths: Sheriff’s Report on the Death of Daniel Dukes

Home/Blog/Captivity Industry/Trio of Deaths: Sheriff’s Report on the Death of Daniel Dukes 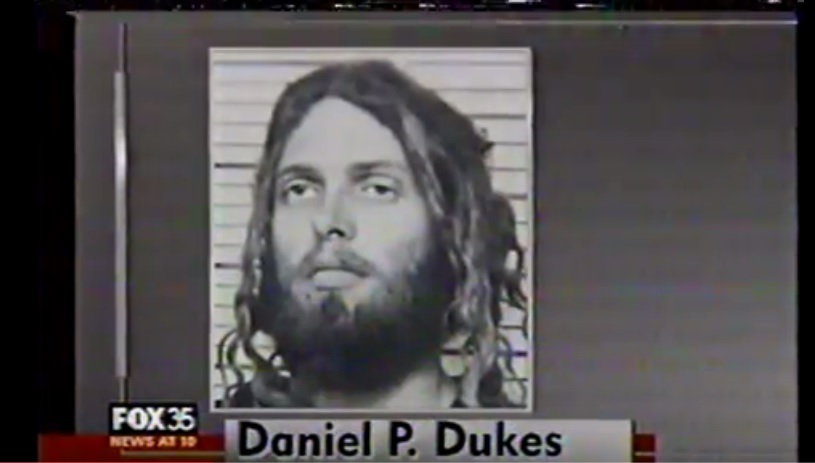 Part three of a series revisiting the deaths attributed to SeaWorld whales and the OSHA-SeaWorld case. Read part one here, and part two here.

Of the three human lives that Tilikum claimed, Daniel Dukes’ death is perhaps the strangest. On the morning of July 6, 1999, the 27-year-old man was found deceased and naked draped across the massive orca’s back.

One might wonder what prompted Dukes to get into the water with an orca but we can look to SeaWorld as to why a member of the public would assume a form of kinship with this apex predator. Their whale shows heavily emphasized the human-whale connection.

The peculiarity of this case isn’t that Dukes was in a tank with a whale but why his body wasn’t discovered until the early hours of the morning.

Despite the existence of numerous cameras at SeaWorld, Dukes somehow ended up in Tili’s pool and interacted with him before dying. The incident escaped all surveillance and eluded all visual checks by SeaWorld observers whose core job involved performing wellness checks on the whales around the clock.

According to the Orange County Sheriff’s (OCSO) Report, Case Number 99-052361, shift change occurred at 4 a.m. Neither the departing night watch nor the incoming night watch reported “any problem or noise in the back G-Pool.”

“G-Pool” is also referred to as “The Breeding and Research Pool.”

Michael Dougherty, a physical therapist with SeaWorld, was the first to discover Dukes upon his arrival at work.

Although Dougherty discovered Dukes, he wasn’t the first person on scene. Arturo Cordoba Jnr. arrived to work 6:55 a.m. and at 7:05 a.m., fifteen minutes before Dougherty noticed Dukes’ feet, began to clean the area around G-Pool.

OCSO report on the death of Daniel Dukes.

The body that I observe had no clothes and I could not identified if the body was male of [or] female.

After noticing the feet draping Tilikum’s left side, Dougherty said he climbed upstairs through the hatch and saw, “a white male without clothes noticeably livid [discolored, bluish appearance] and rigor mortice.”

Rigor mortis, meaning stiffness, is considered the third stage of death and occurs when chemical changes in the muscles stiffen the limbs. According to Explore Forensics, when combined with lividity, rigor mortis is a “means of determining – or at least estimating – when the deceased died.”

When paramedic Jimmy Rotondi arrived on scene at 7:30 a.m., he stated that Dukes had, “no pulse or respirations” and he also confirmed the presence of lividity and rigor mortis. Noting that the body bore “multiple abrasions and small lacerations,” Rotondi added that a 3-lead heart monitor showed “asystole” [no discernible electrical activity] across the board.

Dukes’ autopsy report, posted here by Tim Zimmermann, offers a glimpse into what Dukes endured during his time with Tilikum. His black nylon swimming trunks were noted to have “the crotch and inner leg seams torn open.” Tili had avulsed [to separate, cut, or tear off by avulsion] Dukes’ pubic area.

Dukes had left his clothes folded at west the side of the pool but after the recovery of his body, divers were forced to enter the water on another retrieval mission. At around 9:20 a.m., lead SeaWorld diver Roger Bankston entered G-Pool with the specific purpose of photographing the “items in the pool.”

All told, Bankston took 18 photographs. A watch located in the NW area of the pool; swim trunks also found in the north with the drawstring located in the southern area. An unknown item was noted in the eastern part of the pool while in the west, the diver discovered, “3 separate pieces of human tissue.”

Diver Richard Flint was tasked with retrieving, “anything not normally found in that environment.”

Statement of diver Richard Flint, tasked with the removal of foreign objects in G-Pool.

Dukes’ death was ruled an accidental drowning and Tili’s second victim, almost as if he had deserved his death, was swiftly painted as an unstable person by SeaWorld staff and local Orlando media.

Next: Statements on the death of Daniel Dukes.