Traveling Dolphin Circuses in Indonesia – A Call to Action!

Home/Blog/Indonesia/Traveling Dolphin Circuses in Indonesia – A Call to Action! 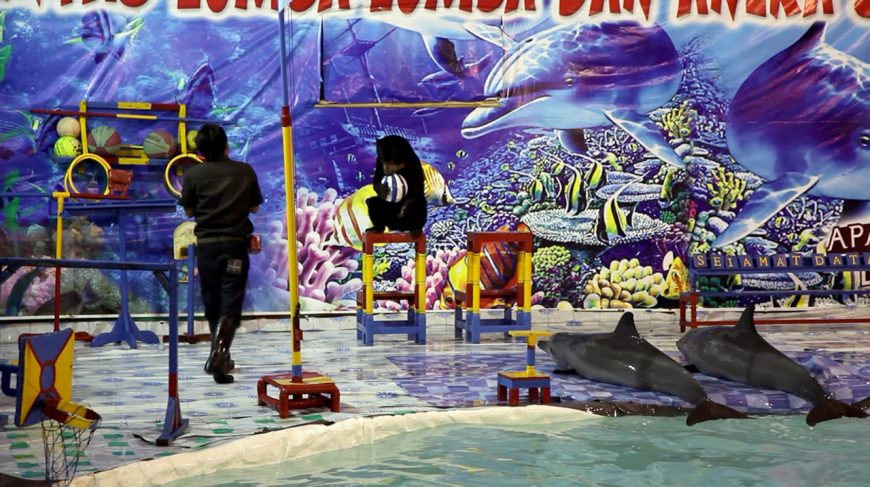 We have all heard of those traveling circuses that transport their captive animals from city to city, forcing them to perform in an endless cycle of depressing servitude.

What you probably haven’t heard of is dolphins being featured as the main act.

As hard as it is to believe, dolphin traveling circuses are a big hit in Indonesia. There are three separate companies running these inhumane operations, much to the delight of the uninformed spectators who pay pennies each to see the dolphins perform. There are 72 dolphins currently enslaved in Indonesia illegally, many of which are in captivity in these three traveling circuses.

The video below highlights the need to put these atrocities to an end. I have been working closely with the Jakarta Animal Aid Network (JAAN) to lobby the Indonesian government to release the dolphins, many of whom were illegally poached from their ocean homes.  JAAN and the Dolphin Project have constructed a sea pen, where the dolphins would be rehabilitated and released back to the wild.

You can help.  Urge the President of Indonesia to provide the captive dolphins to Jakarta Animal Aid Network and Ric O’Barry’s Dolphin Project, which are the ONLY organizations in Indonesia with the expertise, equipment, facilities and proven ability to care for, rehabilitate, and release captive dolphins back into the wild.

Call, FAX or E-mail the Indonesian Embassy in Washington DC:

Embassy of the Republic of Indonesia