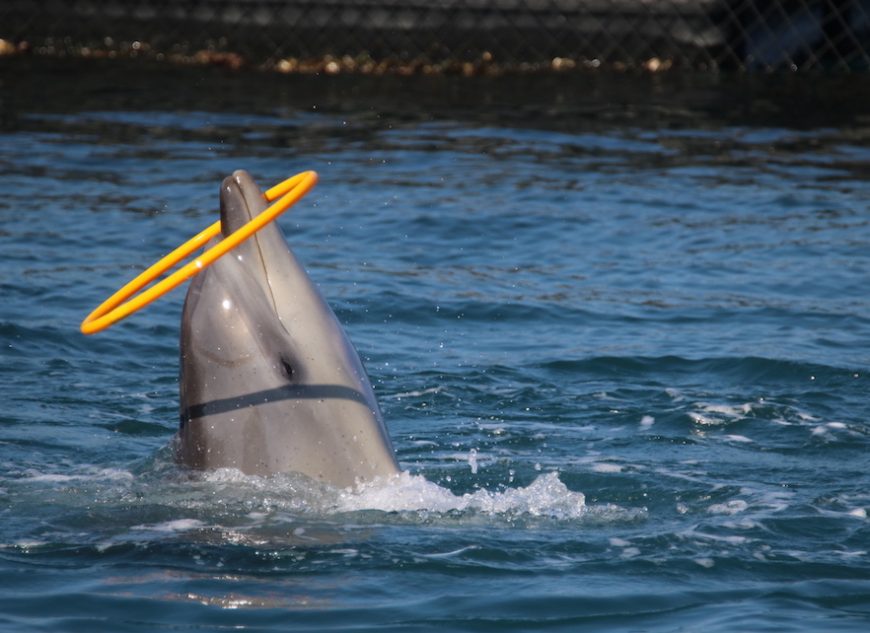 Thomas Cook, one of the oldest and best-known travel companies has stopped selling tickets to certain animal attractions over concerns of animal welfare. The British global travel giant, which services an estimated 23 million customers, stopped the sales after a commissioned report found suffering amongst the star performers, notably the dolphins and elephants.

They refused to specify the welfare infringements found at individual attractions, but confirmed that those to be dropped include Ocean World in the Dominican Republic and Sealanya in Turkey, which offer dolphin swimming experiences and shows, and elephant rides provided by Baan Chang tours on Koh Samui, Thailand. Others in India and Cuba will also be dropped.*
* Source: The Telegraph, 4/2/17

The inspections are the start of a program to audit all 90 captive animal attractions Thomas Cook sells.

Our industry has not changed fast enough. By taking these attractions off sale, we are sending a message that we won’t accept anything less than full compliance with the welfare standards our customers would expect.” ~ Peter Fankhauser, Chief Executive*
* Source: The Telegraph, 4/2/17

Another UK travel company, Responsible Travel, pledged to stop promoting zoos altogether. In a blog posted by the company, “Why we think keeping whales in captivity is wrong,” they list the reasons why they chose ethics over profits, while encouraging other travel operators to do the same. Restrictive space, a limited social environment, lack of environmental enrichment and behavioral restrictions are among the chief concerns the corporation listed.

To date, Responsible Travel has removed six trips from their site that include visits to zoos. The company is also conducting its own audit of all captive animal facilities visited on the trips they sell, ensuring they comply with their guidelines.*
*Source: The Guardian, 4/3/17

Dolphin Project has been urging all travel operators to stop selling tickets to dolphinariums and marine parks. In November 2016, Dolphin Project, along with the Danish animal welfare organization Anima, released a video appeal to Spies (pronounced ‘speez’), the largest travel agency in Denmark, asking them to stop promoting animal suffering. Although at the time of this writing, Spies has continued to promote dolphin shows on its website, several other travel agencies have reacted to the video by announcing that they will not take part in sending their customers to dolphinariums. These include: Albatros Travel, Kingfish Dive & Travel, EUROPAS and Adventure Holidays and join a growing list of over 20 travel agencies in Denmark that have taken a stance against the commercial exploitation of dolphins.

Thanks to all who lent their voices against dolphin captivity, the billion dollar travel industry is finally listening. The most important thing we can do to help end animal suffering is to not buy a ticket. Make a contract with yourself and take the pledge. It’s that simple – and that powerful.” ~ Ric O’Barry, Founder/Director of Dolphin Project