Tokyo Says NO to Dolphin Hunts

Home/Blog/Campaigns/Japan/Tokyo Says NO to Dolphin Hunts 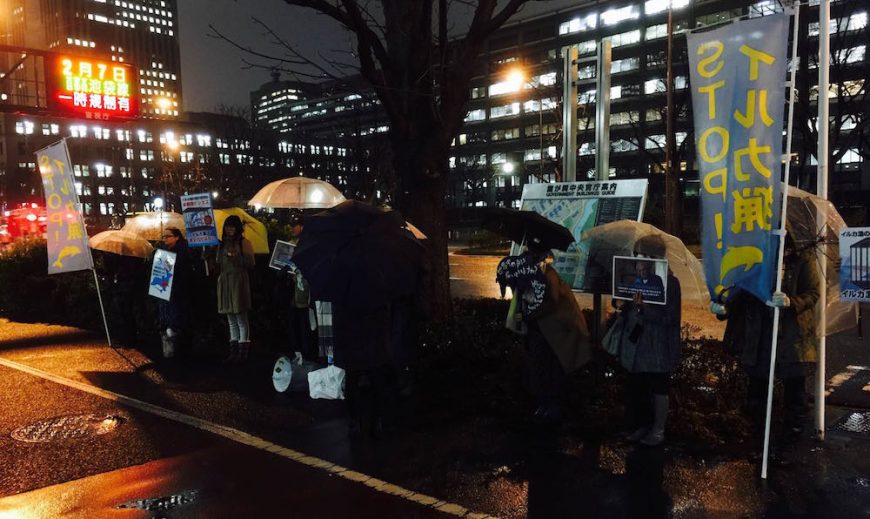 On January 29, several Japanese activists assembled outside the Ministry of Agriculture, Forestry and Fisheries in Tokyo to protest the killing and capture of dolphins. The demonstration was intentionally timed to coincide with staff getting off work for the day.

Despite plummeting temperatures, for about 90 minutes, people called for an end to the dolphin hunts. Some held up signs, calling for the release of Ric O’Barry.

One protester with a megaphone made it clear that while she had no criticism of the Taiji fishermen, their license to kill dolphins should be revoked by the Japanese government due to the cruelty of the drives. Ric’s release was also repeatedly asked for.