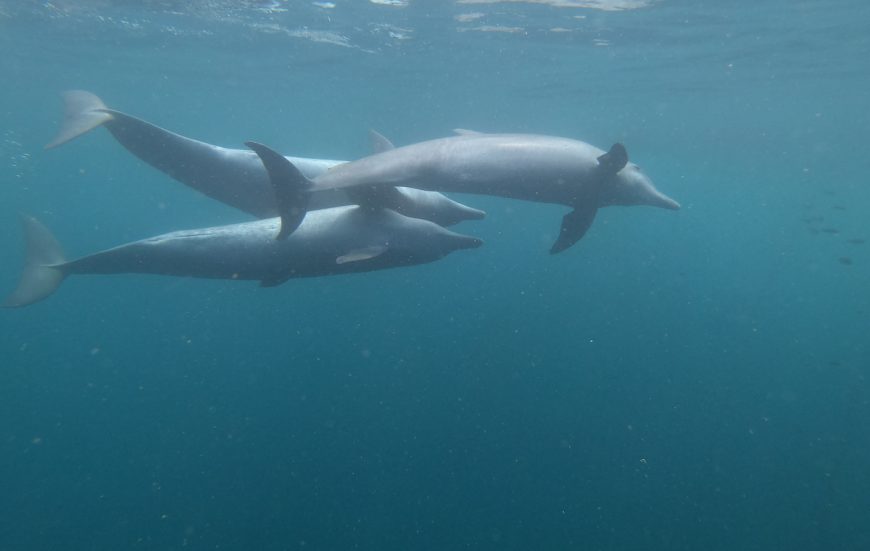 As the world hunkers down in the midst of the COVID-19 pandemic, our team in Bali, Indonesia continues their 24/7 care of our three rescued dolphins. Home to Rocky, Rambo and Johnny, the Bali Dolphin Sanctuary – the world’s first permanent dolphin sanctuary – has provided a safe and healing retirement for the formerly captive dolphins. 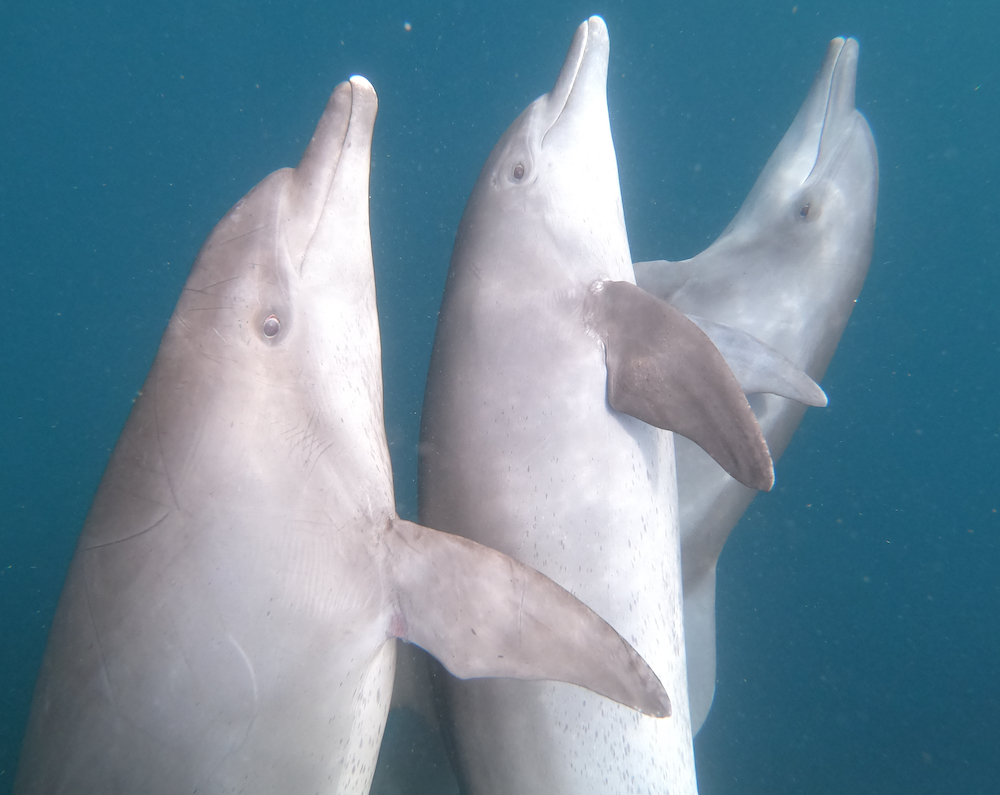 At the Bali Dolphin Sanctuary, our team doesn’t stand still. Johnny, an older dolphin who for several years, lived in isolation inside a shallow swimming pool before being confiscated from the Melka Hotel has now been socialized with Rocky and Rambo. (Rocky and Rambo, two younger dolphins, were forced to endure endless performances for paying tourists before being confiscated from the Melka Hotel). Since arriving to the sanctuary, all three have been rehabilitating under our watchful team.

Separated only by a gate, with Johnny on one side, and Rocky and Rambo on the other, the dolphins had been vocalizing with one another. We were curious to learn how Johnny would adapt to being around the two younger, energetic males. So we opened the gate. Johnny immediately swam to Rocky and Rambo and together, they have engaged in play all day, ever since. During the first few days after his “formal” introduction, Johnny prioritized playing and socializing over eating, but thankfully, he’s made time once again for nourishment, with all three dolphins thoroughly enjoying one another’s company. Our team has also observed Johnny deep-diving – something he has not done at all, up until this point. With Rocky and Rambo in the lead, Johnny follows closely behind, exploring every corner of the sea pen. 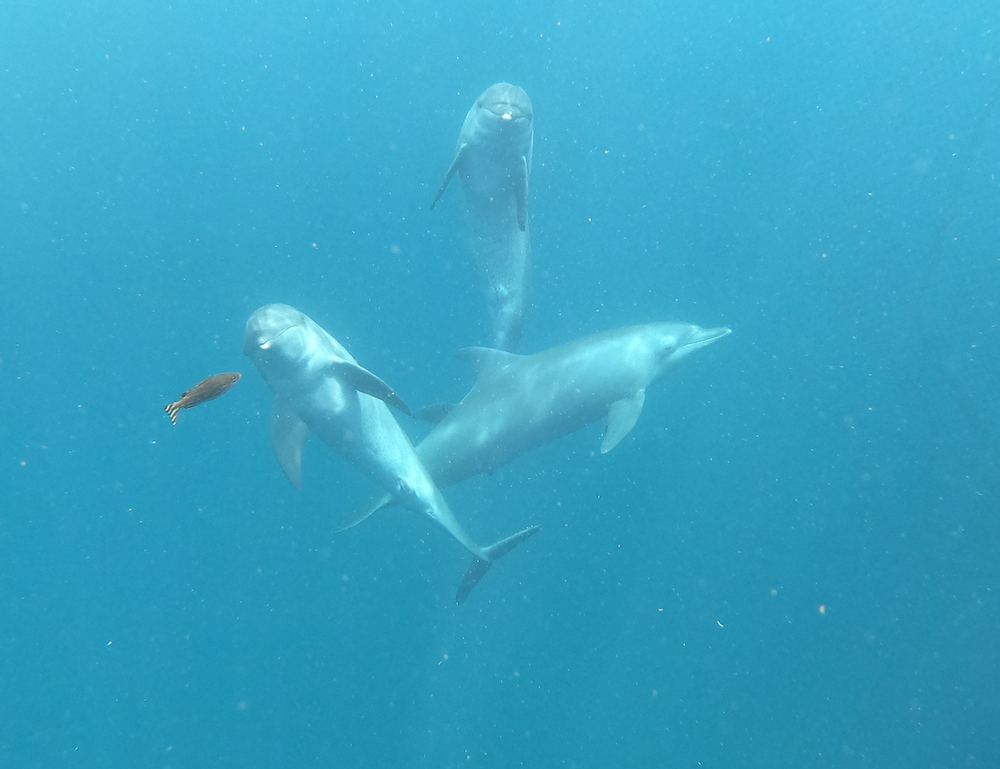