Through My Eyes: Why I Keep Returning to Taiji

Home/Blog/Campaigns/Japan/Through My Eyes: Why I Keep Returning to Taiji 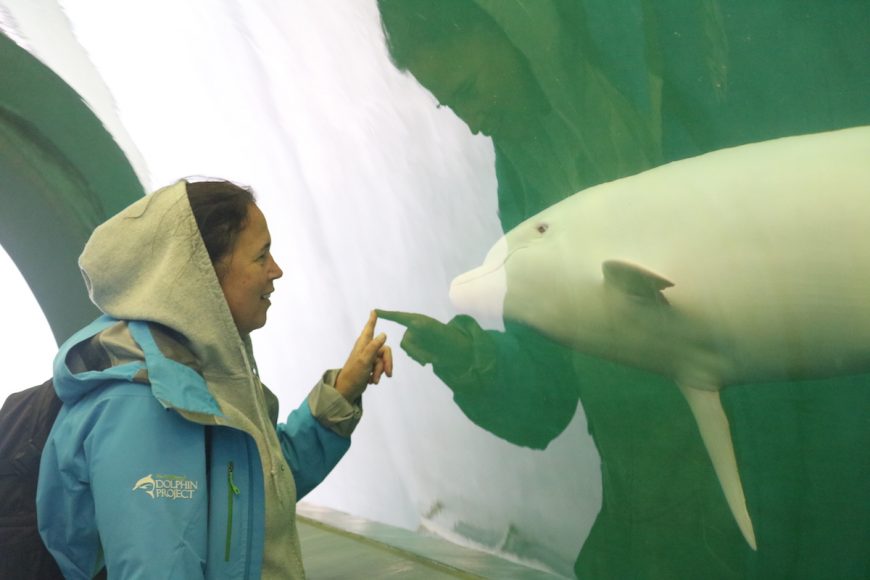 Although it was my fourth trip to Taiji and I had witnessed many horrors before, nothing could have prepared me for what I saw and heard over those fateful days. Cruelty, complete lack of empathy, and the total disregard for the suffering that was inflicted on a large and beautiful pod of pilot whales were the themes which dominated the slaughter. There were mothers with calves, juveniles, adults and the impressive matriarch who simply attempted to pass by the shores of Taiji at the wrong time and were rewarded with being killed (with the exception of a handful of youngsters, dumped back at sea and left to fend for themselves).

Amidst such horror I took note of something else – something far more compassionate than can be adequately described in words: the pilot whales’ fierce loyalty towards one another as they selflessly attempted to help each other in the most dire of circumstances. The matriarch, right up to the last moments of her life, passed her flippers along the younger members of the pod in attempts to comfort them.

November, 2016: I doubted whether or not I could return to Taiji.

I had made a promise to the dolphins during my first trip to Taiji, that I would return each and every year to bear witness to the atrocities committed here, and to accurately tell their stories. It was a commitment I intended to keep. As an educator, I am in the unique position to teach my students what global threats dolphins face, and what they can do to help enact positive change.

Upon my arrival, everything felt familiar, as if I had never left. And I was blessed with eight straight “blue cove” days, where no dolphins were slaughtered, or taken for captivity. However, each time we drove past the cove, images that have haunted me became more real. Yet, amidst the negative energy which was very palpable, I was also reminded to never lose hope.

These reminders were subtle, yet powerful. It might have been a look in the piebald Risso’s eyes, a captive at the Taiji Whale Museum who, when he looks at you, he looks through you. It might have been Angel, an albino bottlenose dolphin who, despite her horrific conditions at the same institution, would follow my finger along the glass and chase me as I ran back and forth along the tank wall. Perhaps it was even something in the sea itself, a promise that one day, dolphins and other whales would be able to safely swim past Taiji, without the threat of being slaughtered, or kidnapped.

While it broke my heart to see these incredibly intelligent and emotional beings reduced to begging caricatures in attempts to get food, I held onto the visuals of my many trips in the wild, watching dolphins swimming free. While these two realities seemed worlds away, I knew then as I know now that education is key.

My days in Taiji went by fast, and as I prepared to leave, I spent my final hours at the cove, asking for forgiveness from the dolphins whose lives were lost here. And I made a plan: I would go home and continue to educate my own students, as well as visit other schools. I would advocate for dolphins’ rights. And I would keep hope in the forefront of my mind, returning to Taiji year after year until despair was replaced with peace.