There’s Nothing Natural About Captivity 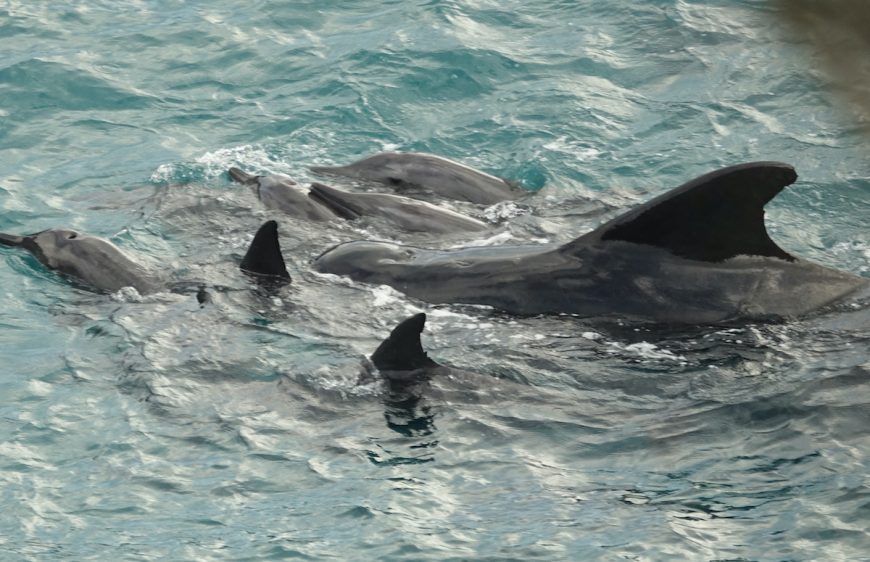 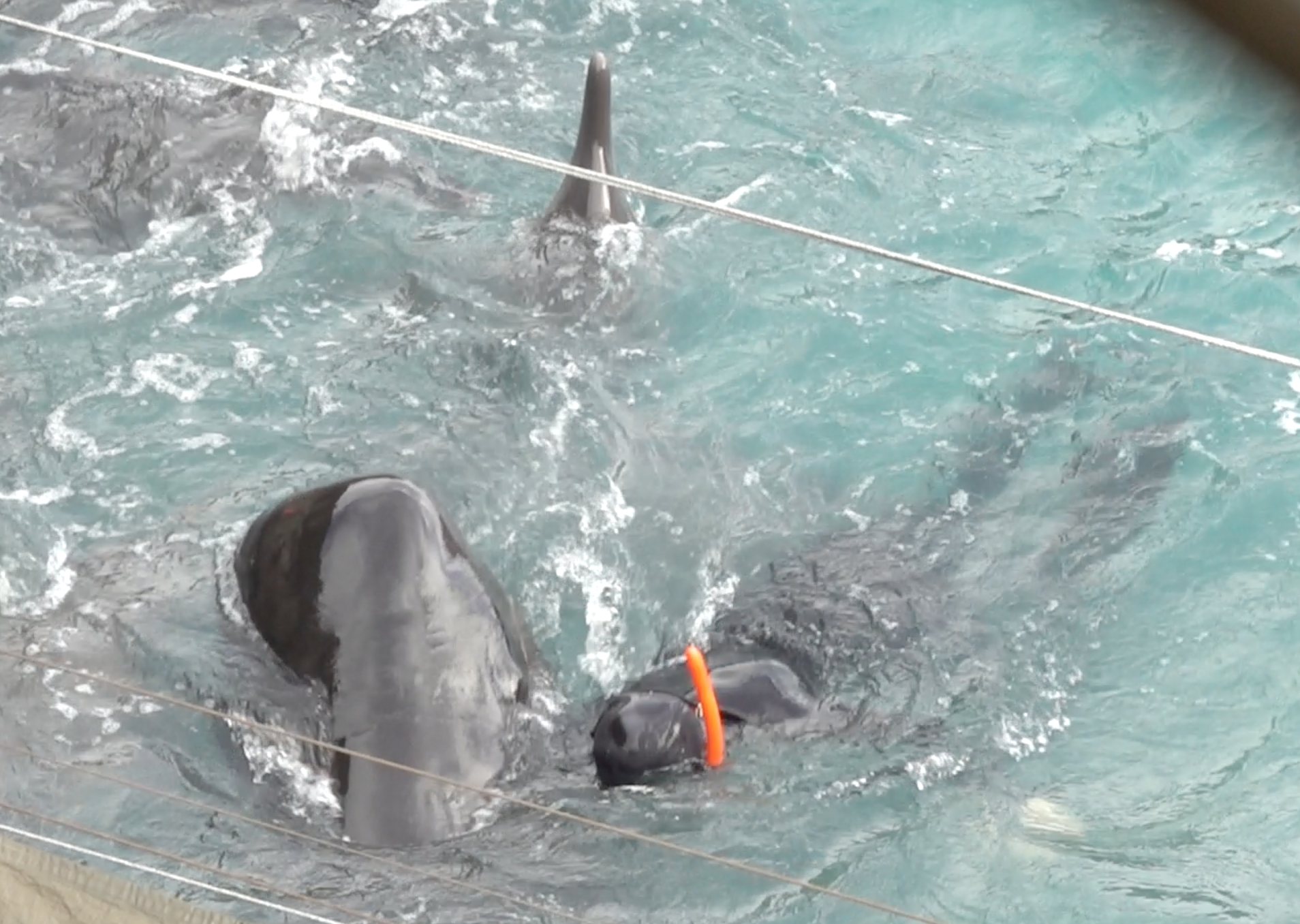 The fact that these rough-toothed dolphins adopted a lone, male pilot whale into their pod demonstrates how gentle and accepting these creatures can be. Regardless of how or when this large cetacean encountered this pod, they treated him wholly as one of their own. When the pilot whale was wrestled by two divers, forcing him under the tarps to be inspected for captivity, the other dolphins didn’t leave his side and appeared distressed as their companion was harassed. Despite being defenseless against the dolphin hunters and trainers, what was left of the pod remained a strong, tight-knit unit as they were pushed back out to sea.

However, for the four rough-toothed dolphins selected for captivity, their lives will never be ‘natural’ again. They will never see their family, they will forever be deprived of food, they will always be regarded as puppets and in all likelihood, forced to perform for human entertainment. 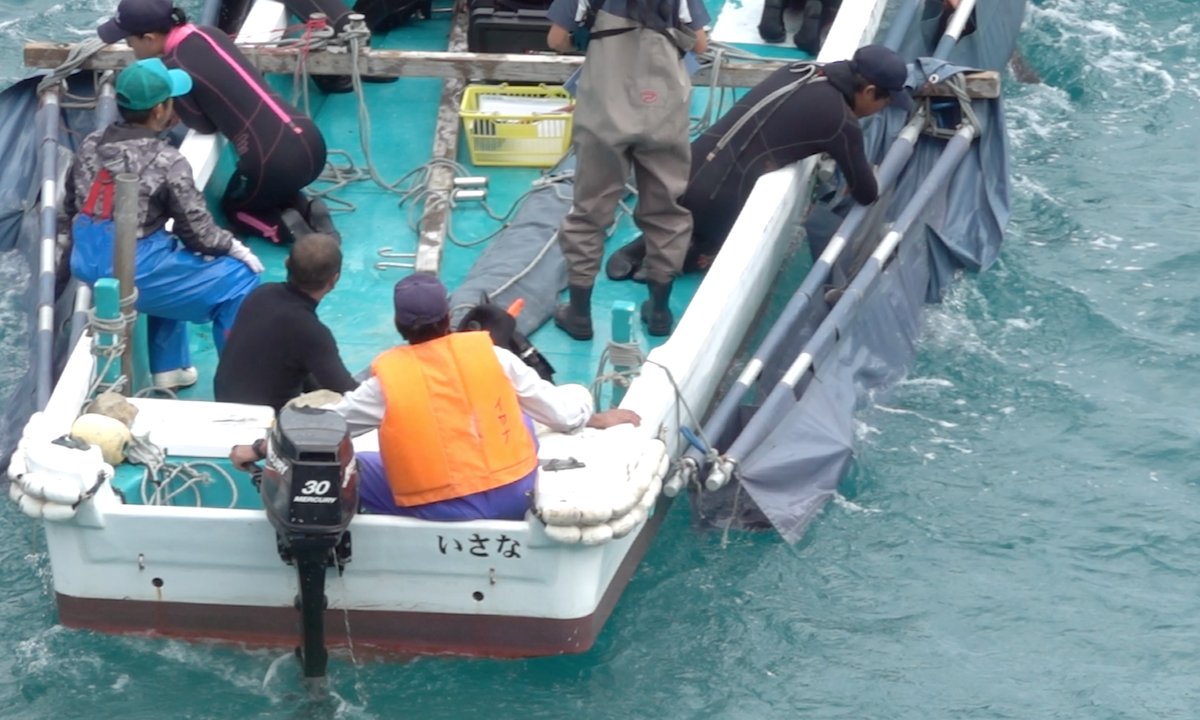 When a dolphin is taken into captivity, they have to adjust to eating dead fish. However, as they become more dependent on their trainers, they learn to accept what is given to them. This was evidenced by the dolphins whose pens were torn apart during Typhoon Hagibis. Accidentally freed by Mother Nature, the dolphins remained close in the bay, now, psychologically reliant on their trainers to survive.

The expectation that dolphins will be forever compliant is the sad reality of captivity. Our team of Cove Monitors, while observing a recent feeding of dolphins at Dolphin Base, watched as a trainer inserted her arm down one of the mammal’s throats, a learned behavior to prepare them for ‘tubing’, a method of hydration that involves funneling water into a dolphin’s stomach. This particular dolphin appeared to not “behave” to the trainer’s satisfaction, so much so that the mammal snapped its jaw down on her arm. The trainer left, without giving the dolphin a single piece of fish, keeping it deliberately hungry and forcing its compliance in a future feeding.

How dare we, as a species, force these sentient beings into a life that they weren’t supposed to live? There is no escape or respite or freedom for them. They have no choice. WE have taken that choice from them. If you visit a marine park or dolphin show, at the end of the day, you get to return to your home, have dinner with your family and go to sleep in your bed. These dolphins don’t get to go home or see their families. They languish in their tanks day after day, waiting for tomorrow, when they’ll endure the same routine over and over again.

We need to STOP the demand for captive dolphins. If we end the demand, a supply is no longer needed.