The Good and the Bad News

Home/Blog/Japan/The Good and the Bad News 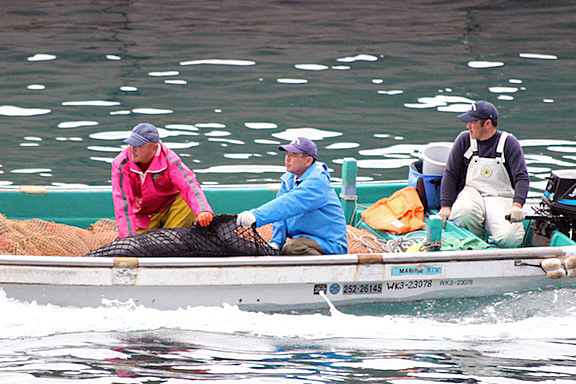 Two new developments today for the dolphins in Taiji: One is very good, and the other is more of the same bad stuff.

I was thrilled to see that Richard Branson, the founder of Virgin Airways, wrote a blog about the dolphin hunts in Taiji.   His words carry a lot of weight in the world!

“Hopefully,” Richard concludes, “pressure from young people in Japan will stop the slaughter of two of the most beautiful species in the ocean, the dolphin and the whale.”

He included a Japanese translation of his blog.  You can read the full blog here.

By the way, our dear friend Leilani Munter had a lot to do with that blog — she spent some time with Richard and his staff and showed them all The Cove documentary.  Leilani isn’t just fast in a race car — she’s fast in getting attention for the plight of the dolphins, and we love her for it!

Sadly, the dolphin hunts continue unabated in Taiji.  Our volunteer Cove Monitor, Cynthia Fernandez, reports that more Pacific white-sided dolphins were caught for captivity today – between ten and twelve, Cynthia believes.  One died in the capture process, and the rest will spend their lives in captivity.

People like Richard, Leilani and Cynthia are doing all they can to help stop the dolphin slaughter in Japan.  I appreciate their efforts so much.

I’ll be heading to Japan myself shortly with my son Lincoln to pitch in.

Thanks again to all of you who donated to our work last year.  I am hoping 2013 will see the end of the hunts.  By working together, we can end it!