The Game Has Changed in Taiji

Home/Blog/Japan/The Game Has Changed in Taiji 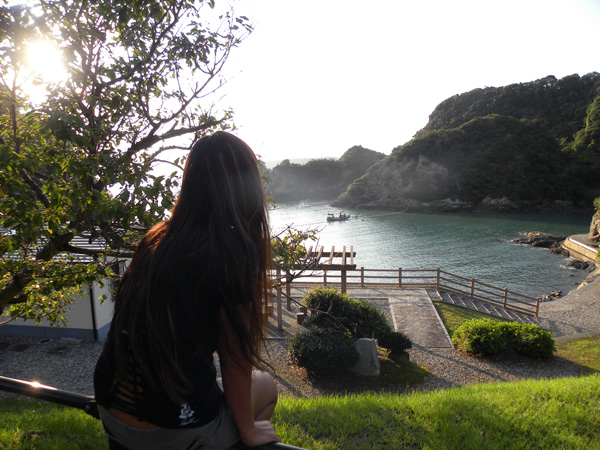 For us to say that “the game has changed” this season in Taiji would be quite the understatement.  In past years it was considered rare to witness an offshore netting or even leaving the pod overnight in the Cove.  Surely the dolphin hunters thought it might be too much of a liability with so many foreigners lurking about? – wrong!  Within the first week, the dolphin hunters have proved we should never underestimate one’s opponents.  Aside from the fact that our vantage points into the killing Cove are slim to none this year, our parking spots seem to be a daily debate as well.

Nonetheless, we make the best with what we can.

Since the slaughter and capture of the pilot whales that carried into Sunday, we were almost certain that the fishermen would be too exhausted to hunt on Monday.  (Last season the fishermen began to take Sundays off as a “leisurely” day.)  Wrong again.  As soon as we watched the boats leaving the harbor Monday morning, all bets were off.  Sure enough, my worst nightmare happened.  We could see that the pod being driven closer to shore was classified as bottlenose dolphins; the species I first fell in love with as a little girl.

You quickly pick up on how different each dolphin species reacts when in distress the more time you spend here.  Bottlenose put up one heck of a fight.  What started off as a decent size pod quickly split into two as soon as the fishermen tried closing them off in the mouth of the Cove.  Sakura and I stood on our toes with anticipation, praying that the other pod would escape quickly enough.  I’ve never seen the boats scramble so bad!  This went on for several hours until the pod was eventually netted offshore, instead of in the Cove.  Six were released back into the wild (four were driven by skiff; other two pushed back by banger boats), and three were brought over to the Cove to remain until morning.  We recorded fifteen all together in the Cove the night of September 10th.

On the morning of the 11th, Tim Burns drove by the harbor to make sure no boats were headed out.  To his dismay, all twelve were already underway.  By 8 am, nine dolphins had been selected for captivity from the Cove, and, shortly after, another pod of bottlenose were being driven in to join the remaining six.  The two pods frantically clung to one another.  We estimated more than twenty spending the night yet again.

I was astonished to see that the banger boats were heading out AGAIN this morning.  Although there were only six leaving, I still couldn’t wrap my brain around how relentless they were starting off the year.  Eleven more dolphins were selected for captivity.  Thankfully, the chaos was over by 9 am when the official word was to release the rest back out to sea.

Sakura, our first volunteer Cove Monitor from Japan, looks out over the Cove during a hunt.  Photo by Becca Jurczak.

Twenty bottlenose dolphins in total were selected for a life of imprisonment.  It’s sickening to think of how much money for the dolphin hunters was generated in two short days.