The Dangers of Eating Dolphin Meat 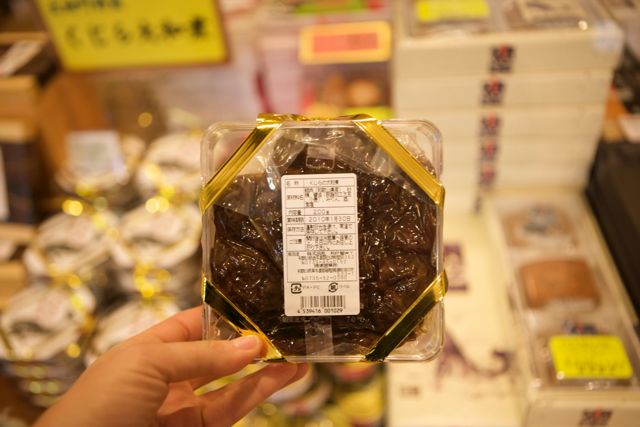 For thirty-six years beginning in 1932, the Chisso Corporation dumped an estimated 27 tons of mercury compounds into Minamata Bay — a bay on the west coast of Kyushu island, located in Kumamoto Prefecture, Japan. For its local residents who relied heavily on fishing in the area, it was an unmitigated disaster. “The outcome was tragic: a whole town was both literally and figuratively poisoned,” writes the University of Minnesota.

It started out quite simply, with the strangeness of cats “dancing” in the street–and sometimes collapsing and dying. Who would have known, in a modest Japanese fishing village in the 1950s, that when friends or family members occasionally shouted uncontrollably, slurred their speech, or dropped their chopsticks at dinner, that one was witnessing the subtle early symptoms of a debilitating nervous condition caused by ingesting mercury? — UMN.

According to the Minamata Disease Municipal Museum, reparations from the Japanese government and the Chisso Corporation were requested by some 11,540 victims. Given the extent of this mass scale environmental poisoning, one might think that the issue of methyl mercury poisoning would remain a sensitive topic. But in Taiji, Japan, where dolphin hunting is undertaken for meat consumption, what happened in Minamata, might as well have occurred worlds away.

“This was simply fish,” said Dolphin Project vet Luca Giovagnoli, “which contain much lower quantities of heavy metals than dolphins.” In fact studies have shown that carnivores and animals at the top of their food chains — such as dolphins, bioaccumulate heavy metals in far greater quantities from their diet and the environment they inhabit. “Bioaccumulation means an increase in the concentration of a chemical in a biological organism over time when compared to the concentration of the chemical in the environment,” said Giovanoli. Heavy metals are particularly insidious warned the vet because they, “bind with cell structures in which they settle, hindering the pursuit of certain vital functions.” Furthermore, the vet explained, they are hard to expel from the body and are only, “minimally excreted via salivation, perspiration or nursing. This leads to bioaccumulation,” he said.

But what are heavy metals exactly and what problems can they cause? Giovagnoli says that in scientific literature:

Some metals and minerals, such as iron, cobalt, chromium, copper, manganese, molybdenum, selenium and zinc are essential for living organisms explained the vet, but aluminum, arsenic, beryllium, cadmium, mercury, nickel and lead are especially toxic to them. “When it comes to heavy metal pollution,” Giovagnoli elaborated, “this usually refers to some of these elements, the ones that are major causes of environmental damage, namely: mercury, cadmium, chromium and lead.”

While heavy metals are natural components of the Earth’s crust they are not degraded by activity such as organic photochemistry — chemical reactions that occur under the influence of visible and/or ultraviolet light. “Because they cannot be disposed of,” Giovagnoli told the Dolphin Project, “if they are released into the environment, they may stay there for hundreds of years.”

Natural phenomena such as volcanic eruptions, forest fires and tides can contribute to a greater rise in the release or recycling of these natural metals, “but man plays an equally important role,” the vet said, “sometimes greater than that of nature.”

By altering the rate of release and transport of heavy metals in the environment, man  has managed to increase the magnitude of emissions significantly. These heavy metals can then enter our body through water, air, and food. — Luca Giovagnoli. DVM

It’s a never-ending whammy for marine life and those that consume them. As Giovagnoli explained, fish contain much lower quantities of heavy metals but are consumed by dolphins which bioaccumulate these heavy metals. When humans consume dolphins, they also assume heavy metal toxicity.

In Sulfur Groups  (SH), normally present in the enzymes that control the speed of metabolic reactions in the human body, heavy metals can bind easily. The mercury atom or molecule in particular, will bind with any molecule that has sulfur or a sulfur-hydrogen combination in its structure, thus impeding normal metabolic functions.

“The increase in the concentration of a chemical over time means they are stored faster than they are broken down (metabolized),” Giovagnoli says. “They are particularly damaging to some organs such as the brain, liver, kidneys and bones, and are also often an aggravating factor or determinant, in many chronic diseases.”

Children are especially vulnerable the vet points out. “They are the most ‘at risk’ from exposure to lead, mercury and other toxic agents, as ‘per unit’ weight,” he explained, “they eat, drink and breathe three to four times more than an adult.” Studies have also shown that these toxins are passed through breast milk — from mother to child, and dolphin to calf.

Since the Minimata disaster, Japan has enacted strict laws regarding the emission of heavy metals in the environment, and in the US, the Environmental Protection Agency pays attention to 10 heavy metals in particular. Here are some of the most common heavy metals/minerals and the health problems they may cause:

The ingestion and absorption of heavy metals should be of concern to everyone, but according to Giovagnoli, “they have an effect about 70 times higher in young people that ingest them.” Throw in the Fukushima disaster as an additional source of pollution and the Italian-based vet is bewildered by the Japanese government’s silence on the issue. “I still wonder how it’s possible to eat contaminated dolphin meat,” he said.

Luca Giovagnoli, DVM, graduated from the University of Parma in Veterinary Medicine. He is a Veterinary Medicine Surgeon and expert in Homeopathy, Homotoxicology and Integrated Medical Disciplines. He operates a veterinary practice in Ancona, Italy.