The Cove Screens Prior to Taiji’s Dolphin Hunts 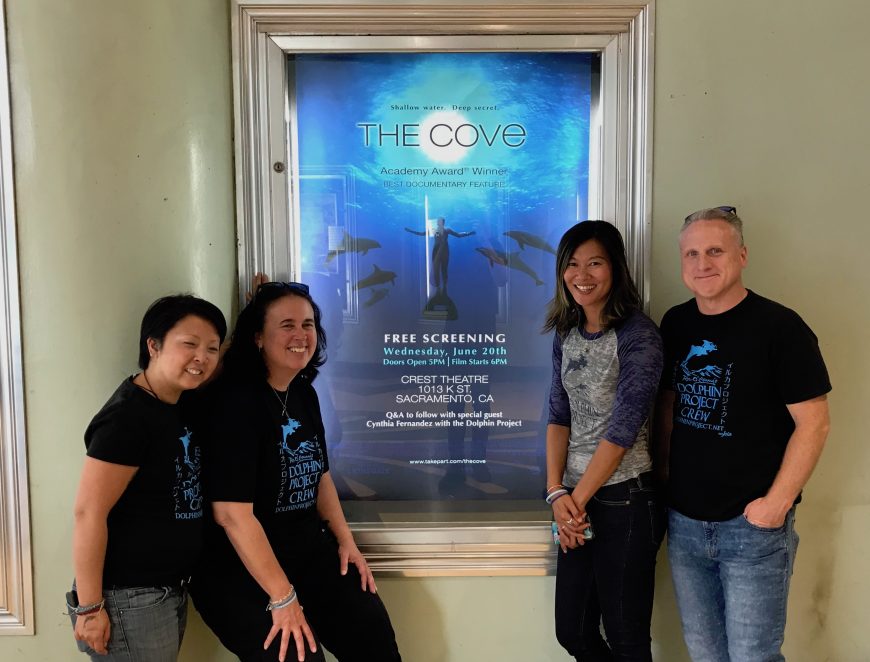 What is the connection between buying a ticket to a dolphin show or swimming with captive dolphins and the horrific dolphin slaughters and captures that take place in Taiji, Japan? On June 20 at the Crest Theater in Sacramento, California, the audience watching ‘The Cove’ movie found out.

Thanks to the efforts of Jennifer Davis and sponsors, a free screening of the Academy award-winning film was organized. Introductory remarks were made by ocean-protection advocate and Assembly Member Richard Bloom – the politician responsible for authoring the law that protects orcas from captive breeding in California. 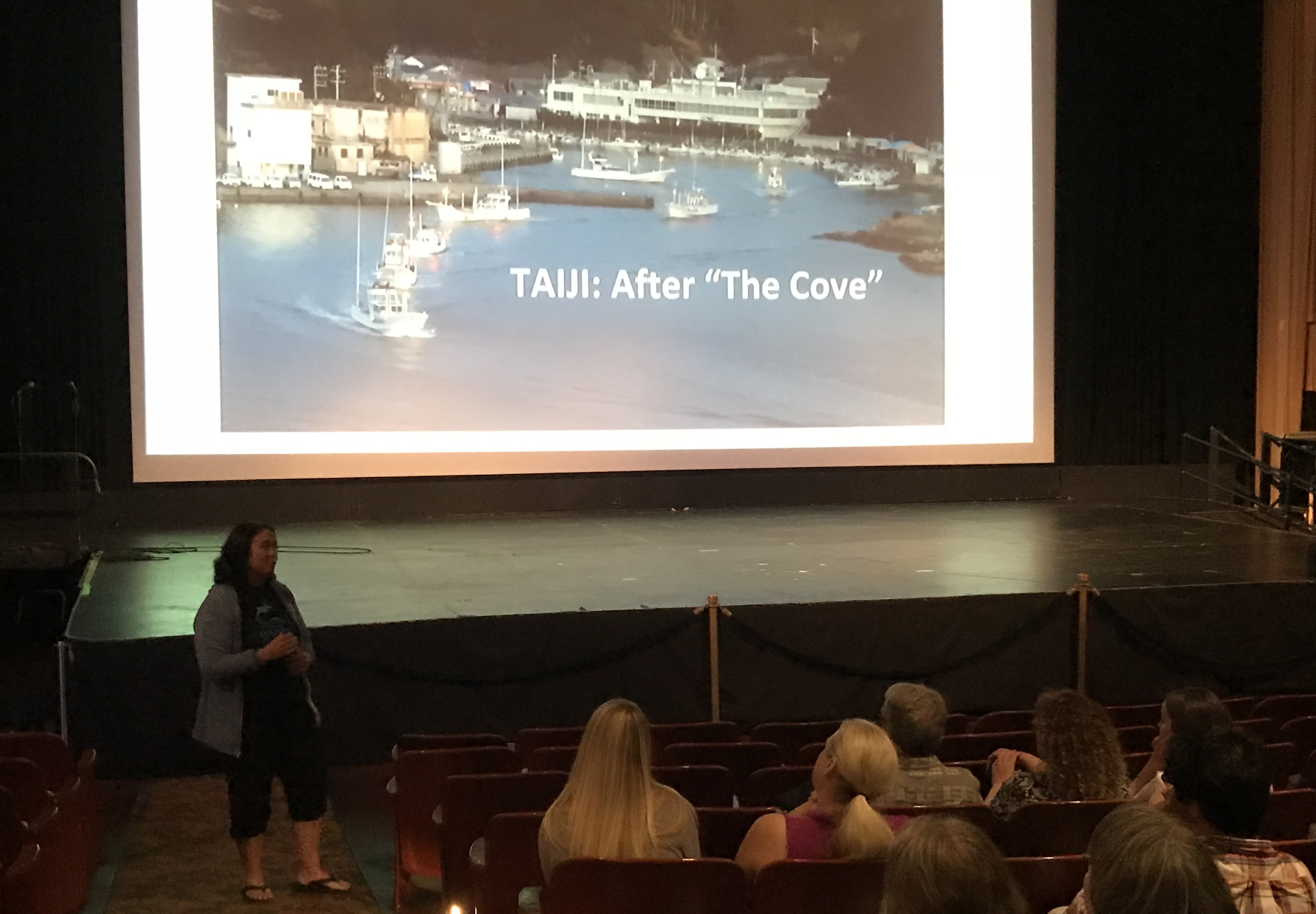 Representatives from Dolphin Project attended the screening and were available to answer questions both before and after the film. A short presentation was given about how Taiji has adapted to the presence of activists since the film was released in 2009. The program concluded with a short video shining a spotlight on a few individual dolphins who lost their lives or had their freedom stolen during the 2017/18 season in Taiji. A multi-generational audience attended, from children to teenagers to adults of all ages. When asked who had just seen ‘The Cove’ for the first time, a vast majority of the attendees raised their hands. The film is just as relevant today as it was nine years ago.

Educating audiences about the connection between the captive dolphin industry and the brutal captures and slaughters of dolphins is just as crucial now as it was in 2009. Global education is the key that will bring about positive change for dolphins. As more and more people open their eyes to the cruelty behind this industry, the demand for captive dolphins will decrease. It’s all about supply and demand. If there is no demand, there will ultimately be no need for supply. As the demand for dolphin meat is in decline, it’s the aquarium industry that keeps these hunts propped up and profitable.

As Dolphin Project founder Ric O’Barry says “Education, education, education!” The key is to get people to take a closer look at the captive dolphin industry. What they will learn contradicts the aquarium industry’s propaganda. No, dolphins don’t volunteer to become circus performers!

Events like these help to educate and spread awareness. Seeds are planted and will grow. As an educator, I’ve had the opportunity to visit many classrooms to discuss this issue, from third grade classes up to college. The response is always the same: once children and adults alike learn the truth about dolphin captivity, many desire to help make positive change for the mammals. We must continue to spread awareness and open eyes. Changing public perceptions and attitudes is a long process, but we must continue for the dolphins.

As the 2018/19 dolphin drive hunt season approaches in Taiji, it is crucial that we continue to expose the atrocities committed against dolphins, and against nature in the infamous cove. Dolphin Project will once again be there each and every day of the season, live streaming, documenting and raising awareness. Our presence has helped to open millions of eyes around the world about the undeniable connection between the captive dolphin industry and the dolphin slaughters and captures.

BE A VOICE FOR THE VOICELESS