Thanks But NO Tanks! 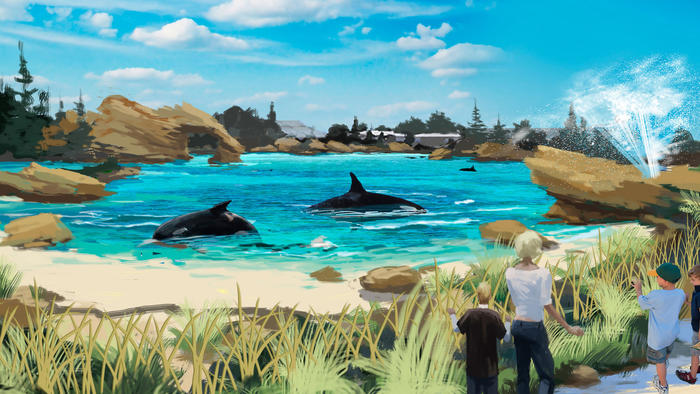 Perhaps the best thing to come out of SeaWorld’s announcement that they will be building larger tanks is their admission that they’ve been battling negative publicity over their captive killer whales.

Upon seeing stock prices plunge as a result of sinking revenue and attendance, SeaWorld announced they would be upgrading the killer whale tanks at three of its theme parks, starting with the San Diego location. The San Diego facility is expected to open to the public in 2018 with new killer whale tanks to follow at SeaWorld Orlando and SeaWorld San Antonio.

“These animals will continue to experience zero quality of life in a larger tank. It just creates an even bigger problem. Like Winter, they need to go to a proper sanctuary. Without the sea, dolphins are incomplete. That’s the part SeaWorld left out as part of their fix.” Ric O’Barry, Director of The Dolphin Project

Another legitimate concern is captive breeding. Is it SeaWorld’s intent to focus more on its breeding program as a result of bigger tanks, potentially increasing their population of captive killer whales?

Says SeaWorld CEO Jim Atchinson, “Our guests will be able to walk alongside the whales as if they were at the shore, watch them interact at the depths found in the ocean, or a bird’s eye view from above.”

“It’s all hocus pocus,” Ric counters. “There is but one ‘sea world’…an open ocean where killers whale are free to come and go as they please. No man-made environment could ever hope to capture real life.”