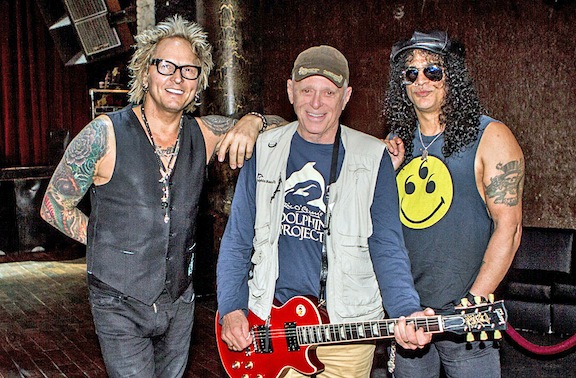 Thank you Matt Sorum and Lincoln O’Barry for producing a most magnificent musical/educational event at the Avalon Hollywood.

Thank you, Dave Weiderman of the Guitar Center Hollywood for inviting all of your friends to your coincidental birthday party at the Avalon Hollywood.  (Note to self: Bring Dave Weiderman to Tokyo with us.  He’s really good at networking)

Thank You, Melissa Carbone and Alyson Richards for the Clear Channel radio connection.

Tokyo Celebrates the Dolphin was a huge success in many ways.  Several diehard “Kings of Chaos” fans flew in from Russia, Switzerland, Brazil, Mexico, Colorado, Florida, Hawaii, and New York.

Arielle and her acoustic band preformed three very cool songs to an enthusiastic crowd.  Arielle, like Matt Sorum is part of the Dolphin Project team in Japan.  I especially love her new song: “California.”  Expect to hear Arielle singing California on the radio sometime in February, 2014.

Matt and his acoustic band, Fierce Joy, preformed “The Sea” a beautiful song from Matt’s new solo album.  Look for the release in January, 2014.  I love this song too.   Matt sang it at the Cove in Taiji last September.  “The Sea” is fast becoming our new Dolphin Project theme song.

Welcome to the world, Saffron Rose Kiran Kanal!  We are working hard to leave you a better planet.

This was serious rock n’ roll for the connoisseur, and one of the most fun rock shows I have ever attended.  The event was also very educational.  Matt Sorum gave two eloquent speeches about the Dolphin Project’s history and our current work in Japan.  The work in Japan is something near and dear to Matt’s heart, and it’s something he can talk about with great credibility having been there and done that.

Lincoln O’Barry produced two short educational films that were also well received.  Sometimes films and speeches don’t work with a crowd who came specifically to hear the music.  Not in this case.  The audience loved the films, and they loved Matt’s talk.  It also gave us a chance to “field test” the educational component of Tokyo Celebrates the Dolphin.

Ric gets a guitar lesson from Matt Sorum and Slash at the concert.  Photo courtesy of Lincoln O’Barry.

Our dream is to take this show to Tokyo.  The ideal time for the Tokyo event is September 1, 2014.  This is going to be a huge challenge, and we are up for that challenge.  Our numbers have grown as a result of this event and several more musicians have expressed an interest in joining us onstage in Tokyo.

Music bridges the gap between people and unites them.  That is exactly what we want to do in Japan.  It’s all about working WITH the Japanese people, not AGAINST them.  There is too much negative international publicity concerning Japan and dolphins.  Some of it is misinformation.  We want to change that and balance things out in the interest if fairness.

Arielle on the acoustic guitar at the concert.  Photo by Lincoln O’Barry.

For example; we want the world to know about the relationship the people of Japan’s beautiful Izu Islands have with their resident dolphins.  The inhabitants of these far flung islands respect and protect their dolphins.  Some of the dolphins are actual citizens of the community. (The islands are officially part of Tokyo.)  We intend to celebrate that special relationship.  This is what Tokyo Celebrates the Dolphin is all about: Japanese and Westerners coming together in celebration and having fun.  Simple as that!

The Avalon Hollywood event raised enough money to get me back to the Cove in Taiji, Japan, to re-connect with our team on the ground there, including our many Japanese friends.  I’m making plans to do that as I write this blog.  But before I do anything else, I want to thank each and everyone who made this very special event possible.

Here’s a great story on the event at Glide Magazine, with additional photos and video. 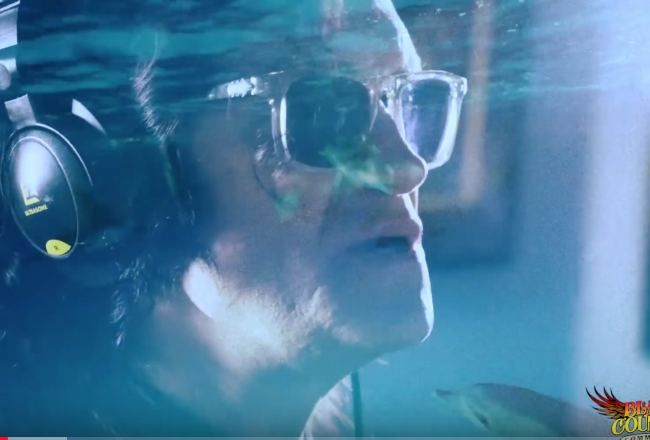 Celebrity Dolphin Project Ambassador and vocalist/bass guitarist/songwriter Glenn Hughes is no stranger to the atrocities being committed...
read more 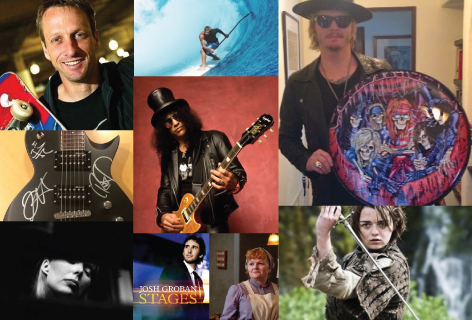 Gifts that Give! The Dolphin Project Auction and Benefit Concert 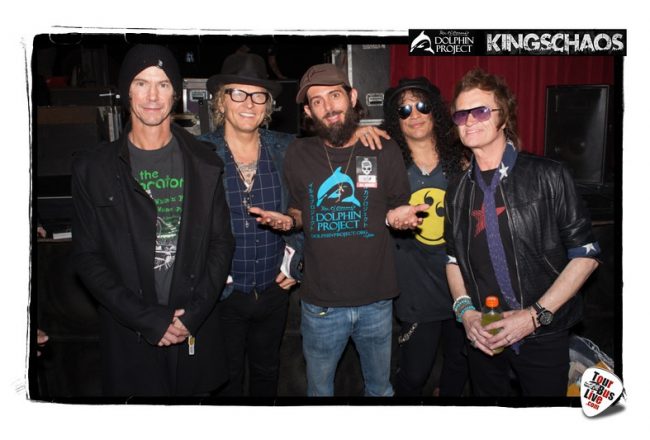