Taiji’s Dolphin Hunts too Cruel to be ‘Normalized’ 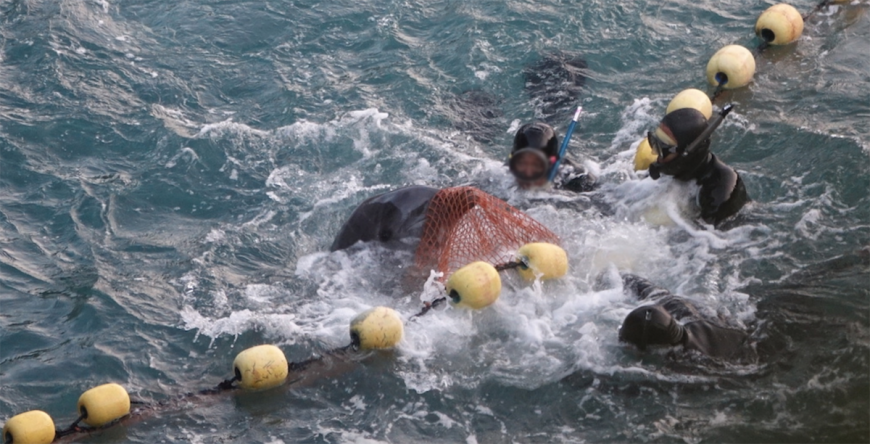 On December 11, 2017, “The Guardian” published an article entitled “Not ashamed: dolphin hunters of Taiji break silence over film The Cove.” The article is a dispiriting read, as so much information is calculatedly left out to justify Taiji’s brutal slaughter of dolphins. I find it suspicious that Taiji’s dolphin hunters, who have had years to respond to ‘The Cove’ movie, decide to “break silence” at the exact time a sympathetic journalist who obviously does not care about animal welfare, gives them a platform to defend a dolphin slaughter that has shocked the world. The article completely ignores the cruel aspects of a dolphin hunt that has nothing to do with “tradition” or “culture”.

Not a word has been mentioned about the dolphins’ utter panic and fear during the actual drive, which may last for several hours out at sea, nor is there a mention about how mothers desperately try to protect their offspring during slaughter. The author conveniently turns a blind eye to the grueling selection process carried out by dolphin trainers who assist in the slaughter.

Trainers show up just prior to a slaughter to select show-quality dolphins that can be sold for thousands of dollars to the dolphinarium industry. Offspring are dumped out at sea, alone, after their mothers have been killed or taken captive. This article, which seeks to defend extreme animal cruelty by leaving out crucial information, makes me more determined than ever to stop the injustice against dolphins in Taiji. When the media begins to normalize unacceptable acts; in this instance, the capture and killing of dolphins; the battle becomes even more important. We need to hold our ground and stick with the facts: profiting off another’s suffering and shipping dolphins anywhere and to anybody in the world has nothing to do with Taiji’s tradition of whaling.