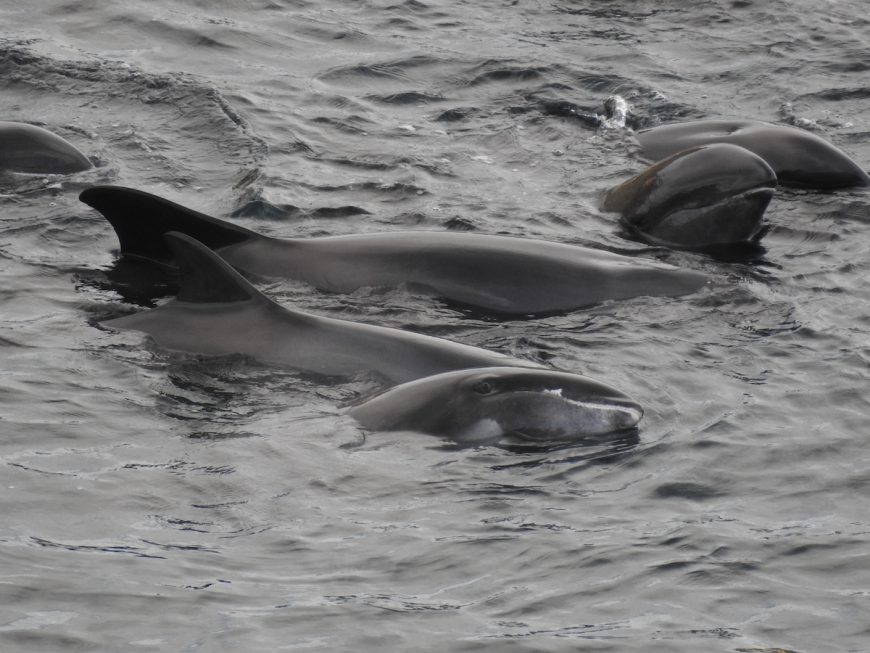 Taiji, 12/5/17: For the fifth time during the 2017/18 dolphin drive season, a pod of melon-headed whales was driven into the cove. They have been the hardest-hit species to-date, with 93 animals killed and 8 taken for “life” in captivity.

Each day is filled with familiar sights: the parade of banger boats leaving the harbor in search of migrating pods of dolphins, the scanning of the horizon in hopes that the hunting fleet will return empty-handed and then, in the case of a hunt, the long line of banger boats as they force a wild pod of dolphins towards the infamous cove.

Says Cynthia Fernandez of the 11/20/17 drive, “As the dolphins were pushed closer in, we began examining our photos and videos in order to accurately identify the species. We saw the torpedo-shaped bodies with narrow heads, and then the characteristic white lips – melon-headed whales. And just as in previous drives, the dolphins huddled close together as they were netted into the cove, their chance of freedom permanently taken away.”

Sometimes the hunters drive in the wrong species, as was the case during the drive on 11/1/17, when a pod of pygmy killer whales was captured in error. After close examination by both hunters and trainers, the pod was eventually released. 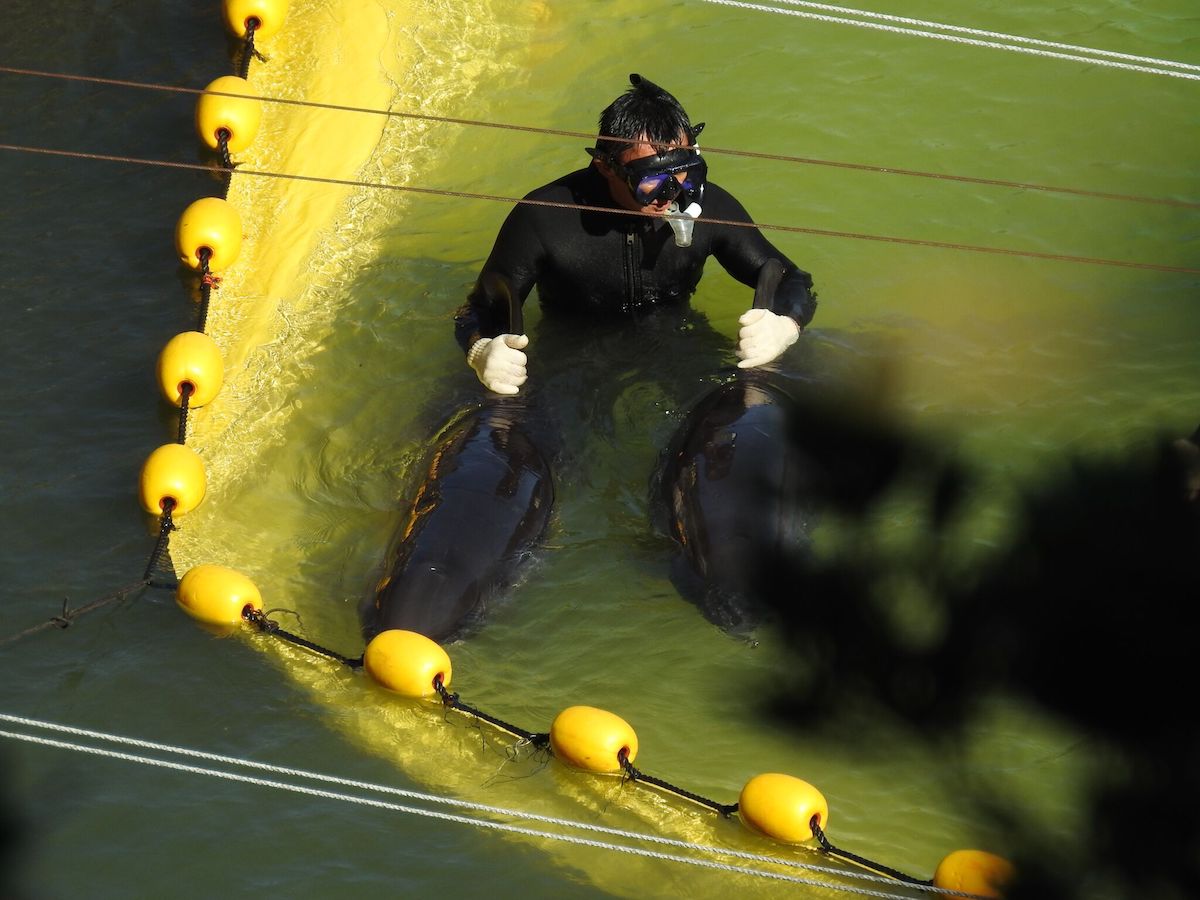 But this wasn’t the case today, and while a large portion of the pod escaped, several dolphins did not, and were quickly herded into the cove. In a scene that has played out before, the skiffs turned around and used their engines to terrify the dolphins towards the shallow water of the killing cove. Predictably, complete panic ensued amongst the pod.

Says Cynthia, “Melon-headed whales are an offshore, deep water species. Being confined in such a small area must be confusing and terrifying. They are an extremely social species, very family-oriented and tightly-bonded to one another. Melon-headed whales are so devoted to one another that they often fall victim to mass strandings, their devotion to each other superseding their sense of self-preservation.” 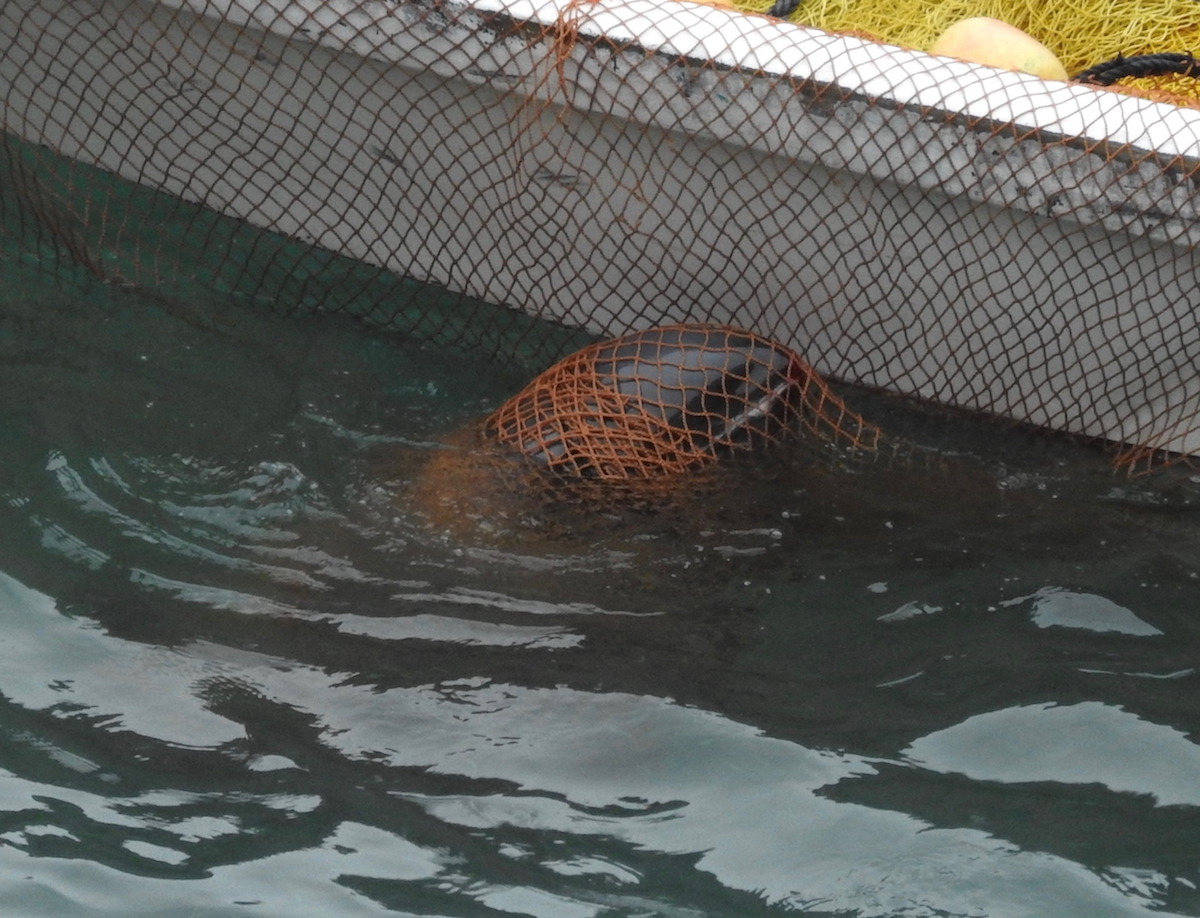 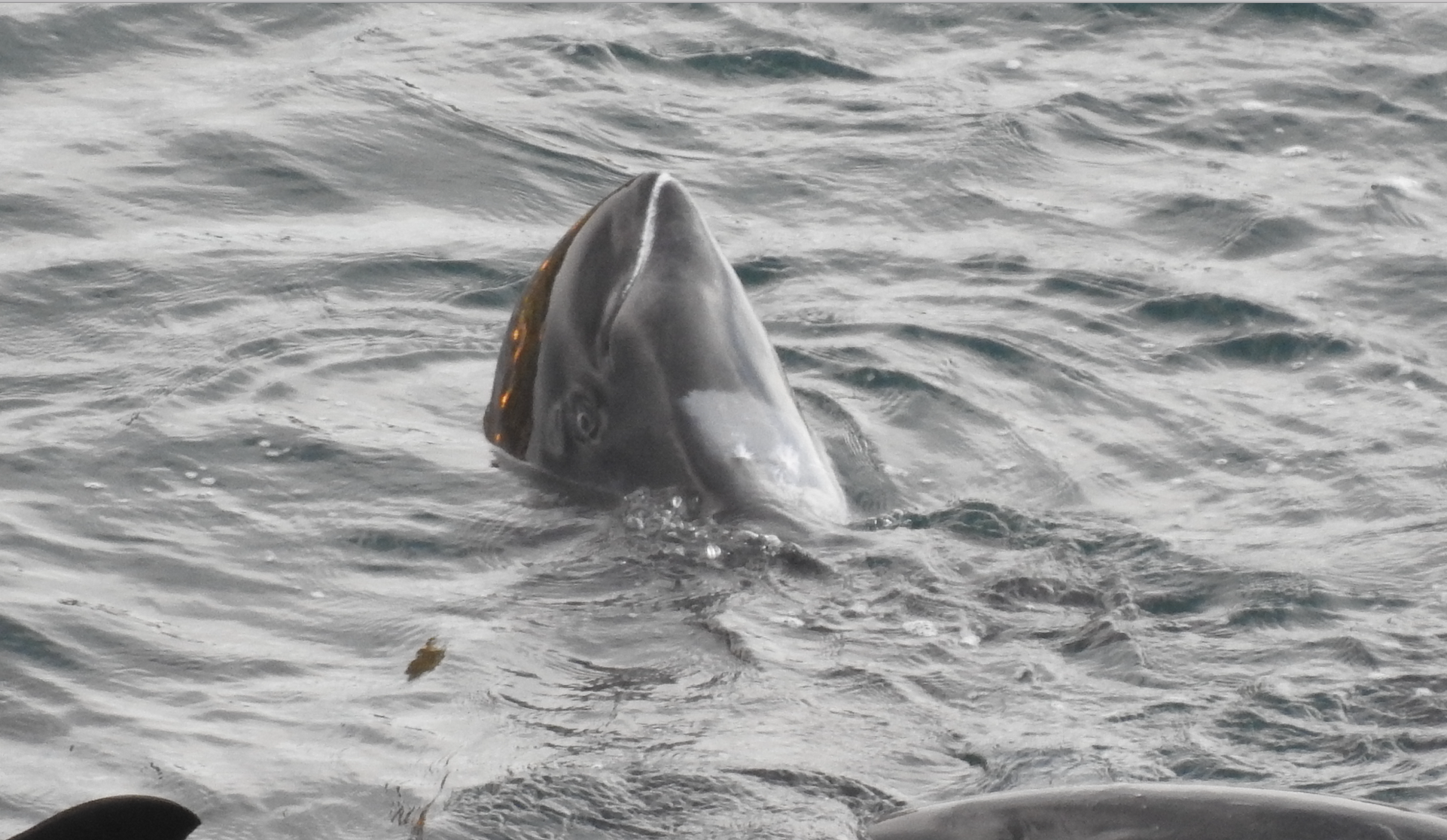 Melon-headed whale spyhops after being driven into the cove, Taiji, Japan. Credit: DolphinProject.com

Perhaps one of the most callous practices during Taiji’s dolphin hunts is the presumed dumping of very young dolphins, in order that they not be counted against their quotas.

During today’s drive on the first skiff to emerge from the cove, Dolphin Project Cove Monitors noted something writhing under the tarps. It appeared to be two tiny bodies, held down by ropes – youngsters that would be dumped back at sea without the guidance and protection of their mothers and other pod members.*
*Scroll down for video

Two more dolphins were brought out in slings, chosen for captivity. With the bulk of the pod pushed under the tarps, our team on the ground continued to live broadcast as the day’s tragic events unfolded. Loud sounds of tail slapping could be heard as one by one, the remaining members of the pod lost their lives. 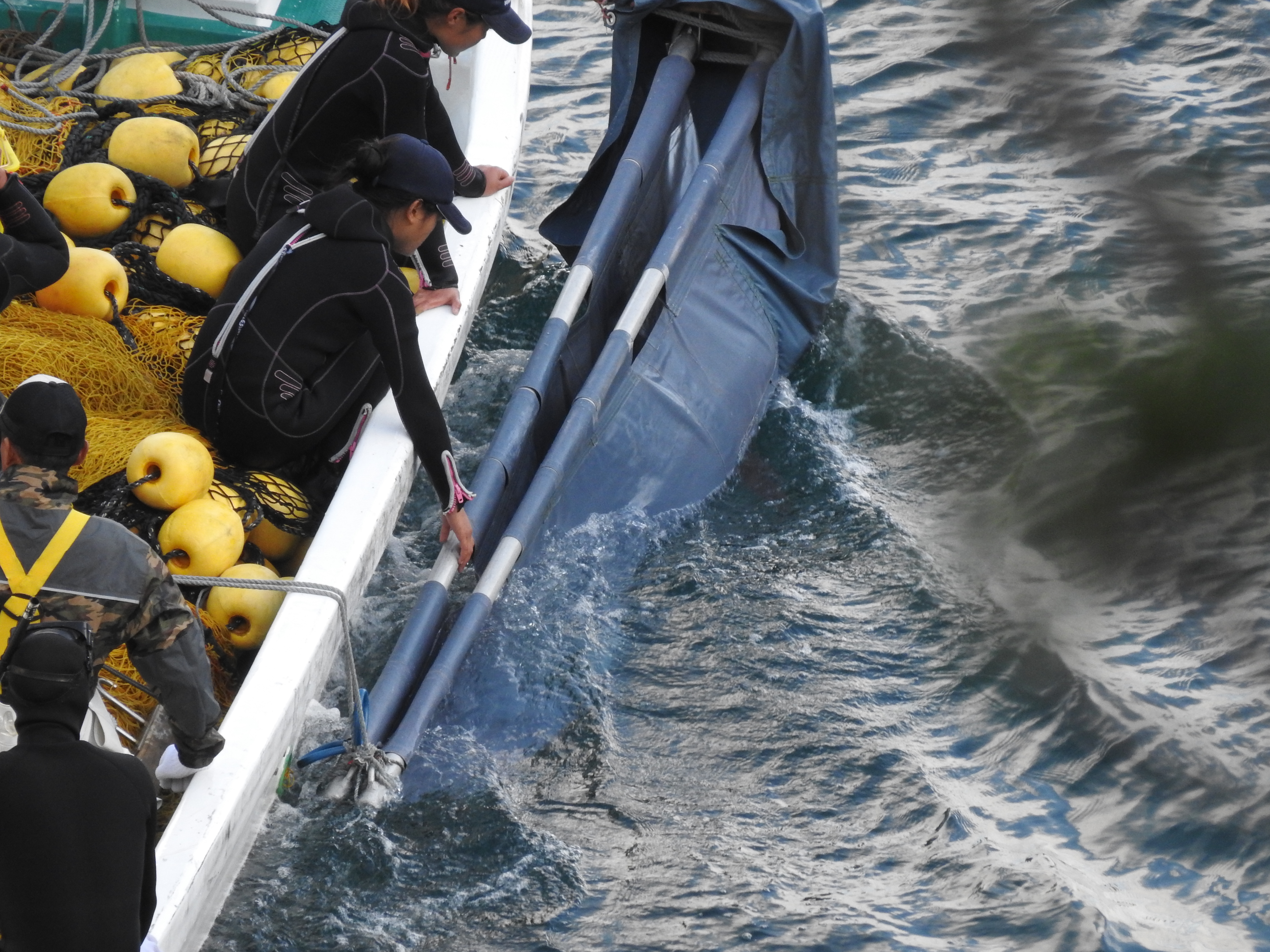 Taiji is ground zero for the global captivity trade, with trainers who claim to love dolphins watching as the rejected mammals fight a losing battle for their lives.” ~ Rachel Carbary

The connection between the captivity industry and the slaughters is undeniable. Skiffs filled with both trainers and hunters arrive to the cove, work together under the tarps and collectively, select which mammals will be condemned to glass and concrete tanks and which mammals will end up at the butcher’s house, to be processed for their meat.

If Taiji’s practice of killing dolphins is indeed “cultural,” then why attempt to cover the dead bodies with tarps? Why hide behind the foliage of this national park, where cameras cannot get access? And why utilize such aggressive tactics against the terrified dolphins, even after being securely netted into the cove?

The answer is clear: this isn’t culture, and if so, it’s a culture of cruelty.