Taiji to Unite with Faroese in Sister City Agreement 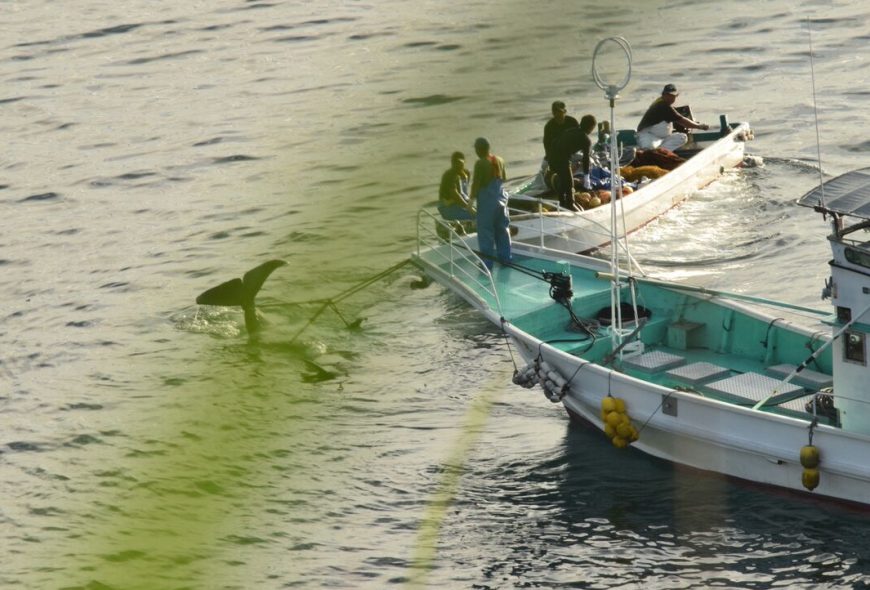 One might say that Taiji and Klaksvik deserve one other, given the extreme cruelty both towns inflict upon dolphins and other whales.

Taiji, Japan, home of the infamous “cove,” announced they will be forming a sister city relationship with the Faroese town, Klaksvik. Both known for their drive fisheries – a practice where dolphins and other whales are chased, then “driven” into shallow waters to be brutally slaughtered – the two towns hope to strengthen their pro-whaling stance. Taiji Mayor Kazutaka Sangen, along with officials from Japan’s Fisheries Agency visited the Faroe Islands at the end of August to discuss a sister city agreement with Klaksvik Mayor Jogvan Skorheim. According to the draft agreement, the two towns would promote the sustainable use of living marine resources including cetaceans.* Just this week, Klaksvik’s City Council adopted the agreement.**
* Source: Japan Today, 8/9/17
** Source: sosialurin.fo, 10/3/17

By entering into a sister city relationship with Taiji, the decision-makers of Klaksvik are making it clear to the world that they have no problem with what goes on in Taiji, including the grueling live captures for the lucrative entertainment industry. They don’t care about the welfare of dolphins, and never did. I doubt if anyone in the future will believe them when they talk about what a respectful relationship they have with whales and dolphins. Everyone will see now how ludicrous these words are.” ~ Helene O’Barry, Dolphin Project

Every year from approximately September 1 to March 1, a notoriously cruel hunt of some of the most sentient creatures on the planet takes place in Taiji, made famous by the 2009 Academy award-winning movie “The Cove”. During this period, dolphin hunters drive the mammals to their capture or deaths via means of physical violence and acoustic torture.In the Faroe Islands in the North Atlantic, pilot whales, along with other species of dolphins are chased, then dragged into shallow water where they are slaughtered en masse. The Faroe’s grindadráp, as the hunts are called, are violent and bloody.

While both towns promote the consumption of whale meat, the practice is not without risk. Dolphins and other whales are at the top of the food chain in the ocean, thus, they concentrate pollutants in their meat, including mercury. Dolphin Project has always believed that high levels of mercury in dolphins makes their meat consumption a dangerous habit.

Taiji is also a sister city to Broome, Australia. In 2009, Ric O’Barry, Founder/Director of Dolphin Project visited Broome to lobby the council to suspend its sister relationship with Taiji. Following a special screening of “The Cove”, the Broome Shire Council agreed. Just two months later, the council reversed its decision, choosing to capitulate to its large, local Japanese community.

Dolphin Project will be on the ground in Taiji during the entire killing season, broadcasting live on social media, blogging and disseminating information for the world to see.