Stars Come Out for Dolphins

Home/Blog/Stars Come Out for Dolphins 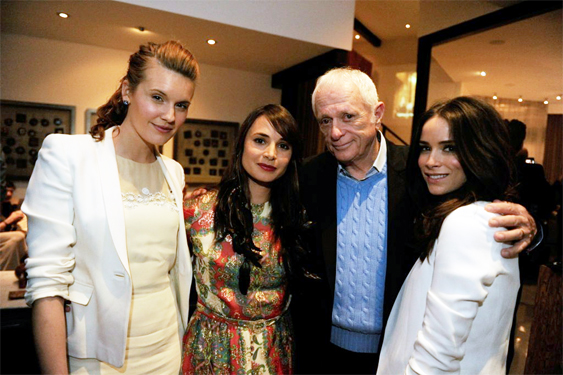 Saturday night was an incredible night for the Dolphin Project.   Animal rights activist James Costa hosted a benefit for us at his beautiful home in Los Angeles.  The place was packed.  We can’t thank James enough.  It was a perfect night and helped raise significant funds for our ongoing work.

Folks came from as far away as Spain, Arizona, New York, Mexico, Hawaii, Florida and North Carolina.  And of course there was a big turnout by the Hollywood crowd.

My good friend Deborah Basset, who has been a tremendous champion for whales and dolphins, produced the event.  She proved she is equally as fantastic as an event planner.

Lincoln O’Barry with Jillian Michaels and our EcoJoia Bag.

Michelle Rodriquez spins some tunes for the crowd.

My son Lincoln was there and brought many new celeb supporters to the cause.  I’m so proud of his efforts to keep the issue front and center with a new generation of activists.

Fonda Berosini, whom I’ve known since she was a little girl in the neighborhood, pulled together a lot of our media organizing and helped get the word out about the event.

Ry and Julia Hawley came all the way from Colorado to sell new Dolphin Project t-shirts and hoodies to participants via EcoJoia, their company that supports our cause through their sales.

Special thanks to environmentalist Ady Gil for funding all our AV and sound equipment for the event. He always comes through for the dolphins – and all animals!

We made sure everyone at the party was aware of the current status of events in Taiji, the need for ongoing support, and the attention that needs to be paid to places like the Solomon Islands, Indonesia, and China, where captive dolphins are a valuable commodity.

We have a lot of work to do, and nights like this, which bring in much needed funds, help make it all possible.

Here’s a link to more photos on Wire Image: