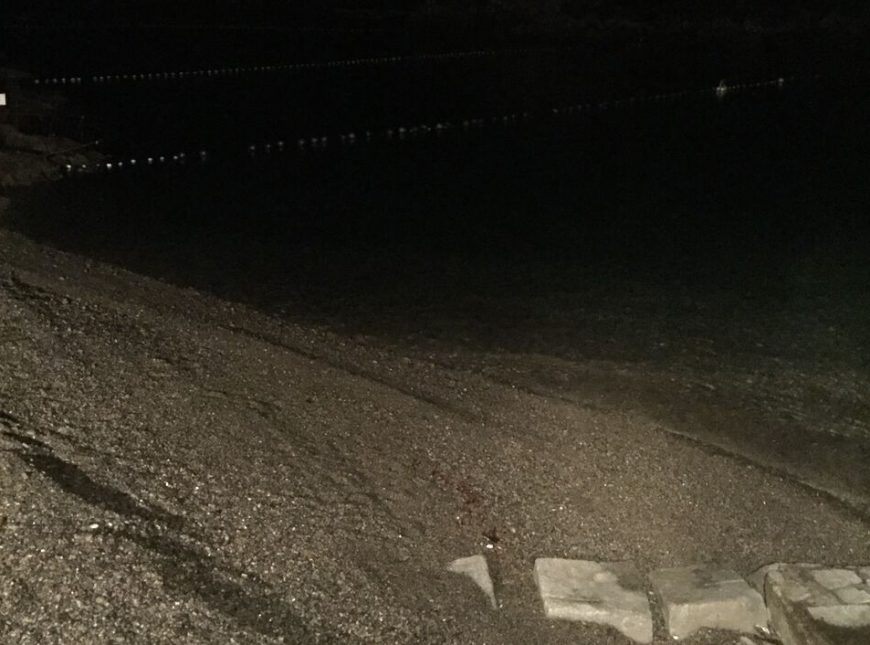 New Year’s eve. The cove is quiet, the waters, a dark shade of midnight. It’s hard not to visualize all the dolphins, both living and dead, that have passed through here. Innocent travelers callously plucked from their wild waters, to serve a fate most undeserving of these ancient species.

But for now, we rejoice in the peace of stillness. We visualize a world where each individual is treated with respect and dignity, and where freedom is a birthright, not a privilege.

Dolphin Project would like to THANK each and every person who has ever supported our work. From signing a petition to wearing your support in the form of a t-shirt; from volunteering as a Cove Monitor to not buying a ticket to a dolphin show; from reading a blog to donating hard-earned dollars so we can continue the good fight – speaking of which, today is the last day to make a tax-deductible donation for 2015. Every action matters. We believe the life of one dolphin is as valuable as the lives of many.

My thoughts moving into 2016? I could sum them up in four words: As this year completes and gives way to the next, we would like to leave you with a visual. Take a moment to watch this short video clip, titled: “A day in the life of captive dolphins” and then share it with others. Every person we help educate on the realities of dolphin captivity is another person who may choose not to support the marine park industry.