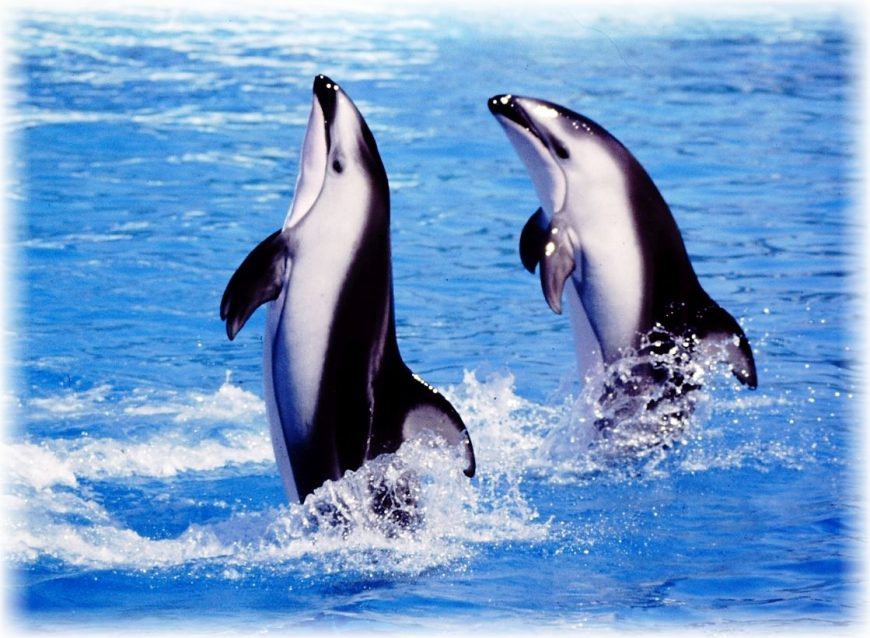 On February 6th, SeaWorld announced the death of Dart, a 12-year-old Pacific white-sided dolphin housed at its park in Texas. With Dart’s death, the San Antonio-based facility has lost four marine mammals in just seven months — all of whom died young.

In the same month, Unna, a female orca, became ill with a Candida infection. The park preemptively announced her illness and issued several updates, but the 18-year-old whale died last December. SeaWorld announced that Unna’s necropsy report showed the whale had succumbed to “a systemic bacterial infection.”

Whatever the reasoning, SeaWorld appears to be preparing the public for yet another loss. Along with the announcement of Dart’s death emerged news of another sick animal — Betty, the Pacific white-sided dolphin is also ill, and undergoing treatment for “inflammation or a possible infection.”

According to SeaWorld, there are “no apparent connections” between the deaths of these animals but critics disagree. In the belief that underlying problems rest with the captive environment itself, former SeaWorld trainer Dr. Jeffrey Ventre of ‘Voice of the Orcas‘ (VOTO) told Dolphin Project:

Captivity is stressful. The common denominator with the Texas deaths is that ALL cetaceans were “under constant veterinary care,” yet they died prematurely of inflammatory and/or infectious causes. Under constant vet care translates into chronic over-medication.

The “Merck Veterinary Manual” specifically reports that captive marine mammals are prone to infection and that, “most appear to be secondary to stress, environmental compromise, or other infectious diseases.” In this context of over-medication, chronic stress, and compromised immunity, it’s no surprise that whales are dying. Whether there is something unique about Texas, such as poor water quality, inadequate care, or an outbreak of mosquito-transmitted disease, we’ll probably never know due to the secrecy of SeaWorld itself.

According to Ceta-Base.org, SeaWorld’s wild-caught Pacific white-sided dolphins were captured off the California coast in the Pacific Ocean. Dart was born to Lorelai through artificial insemination. His sire is Arrow, who resides at Kamogawa Seaworld in Japan.

Dart’s death puts the number of Pacific white-sided dolphins deaths at SeaWorld Texas at eight. They are:

With Dart’s death, SeaWorld has one remaining male Pacific white-sided dolphin in its inventory. Bolt, who is 6-years-old, has not yet reached sexual maturity (7-10 years; NOAA Fisheries). Also according to NOAA Fisheries, “this species of dolphin can live for more than 40 years” in the wild.

The spate of deaths at SWT in such a short time is not a surprise claims former TX senior SeaWorld trainer John Hargrove. Back in August 2013, SWT was queried by the media after the loss of its 13th beluga whale since 1995. Said San Antonio’s KEN5 News, “five of the 13 were under 5-years-old,” and “respiratory disease” was cited as the leading cause of death.

With the inclusion of stillbirths for all species, SeaWorld of Texas has lost 19 beluga whales since 1995 (21 years); 26 bottlenose dolphins since 1995 (21 years), 13 orcas since 1992 (24 years), and 11 Pacific white-sided dolphins since 1996 (20 years). These disconcerting numbers mean that in 24 years — not even a lifespan of one of these cetaceans, the San Antonio park has witnessed the deaths of 69 marine mammals including stillbirths. [Source: Ceta-Base.org.]

Hargrove believes some of the deaths could be attributed to a cost-cutting energy rebate program. In 2009, SeaWorld began participating in the CPS Demand Response Program. Last June, the ‘San Antonio Business Journal‘ reported that the Texas park had “increased its participation — exceeding 1,100 kilowatts of savings per event in summer 2014 and looking to increase that number in 2015.”

A colleague and former SeaWorld trainer from Beluga Whale and Dolphin stadium also told Hargrove that SWT had been reducing the capacity of the filtration system and possibly even shutting it off to conserve energy:

I know the change to the filtration system started the summer of 2009. I don’t know if it was only a summer thing but regardless, it is disgusting for a company profiting from millions and touting that they are for the animals. Unna smashing her chin on a peeling pool … they had trainers put together scaffolding and re-tie a new net that was a pool divider and (the old one) made the animals sick from the decaying net wall. Talk about OSHA violations, trainers doing untrained activities out of our scope of expertise … we were over an empty, unlevel cement pool bottom.

The ‘San Antonio Journal’ discussed how the program worked. Participants could, it said, “install a smart thermostat for free or trim energy use by adjusting chilled water temperatures, turning down lighting or reducing pump speeds on certain equipment, among other measures.”

But Aimée Jeansonne Becka, Senior Director of Corporate Communications denied that the park’s chillers were ever turned off and responded:

SeaWorld San Antonio has participated in the CPS Energy’s Demand Response Program for several years as part of our energy conservation efforts. None of the efforts related to this program involved turning off the chillers or filters for animal habitats. Water temperature and quality is based on veterinary requirements for the animals and maintained at the highest levels. You can find additional information and statements on our SeaWorldCares.com blog.

Hargrove’s colleague said none of the trainers could understand why their beluga whales were acting strangely:

The trainers at Whale and Dolphin Stadium that housed only the belugas and Pacific white-sided dolphins were first concerned when the belugas would split from the their trainer and go sit on the bottom of the pool and refuse control — even during the beluga interaction program with paying park guests. After trainers continued to try and figure out what was going on behaviorally and could not find a solution, they were reluctantly told by a member of management that elements of the filtration system were either being reduced or completely shut off for two hours during the peak and thus hottest time of the day.

The belugas are used to the continuous and consistent sound of when the filtration system runs normally. To participate in the CPS rebate program, aspects of the filtration system were reduced or possibly completely shut off, causing a completely different sound or no sound at all, which would freak the belugas out because of the change. These whales are considered high-flight animals and scare easily.

Trainers would also notice a foam-like substance and the oil secretions from the dead fish both on the surface of the water and in the skimmers. When the filtration system is operating normally, this was not observed. Of course, belugas live naturally in very cold waters, and if this change to the filtration system also affected the chilling system and caused the water to be warmer, then that would be even more egregious. Now I ask you, does SeaWorld care for their animals and provide them with their self-proclaimed, ‘leading world-class care,’ or are they exploiting and endangering the animals for profit? I believe their participation in this rebate program — which appears to directly affect the beluga whales, fully answers that question.

Former SeaWorld trainer and VOTO member Samantha Berg believes that cetaceans are greatly impacted by their immediate environment. “In the human world, inflammation, infection, gestation and gastrointestinal issues all point to dis-regulated immune and endocrine systems — which means stress,” Berg said. “Furthermore, when you add in exposure to chemicals and malnutrition from an inadequate diet, this makes marine mammals even more susceptible to environmental stress,” she concluded.

Nobody can argue that captive care has advanced in 24 years and SeaWorld says it is working hard to understand the causes of deaths for four of its young captive-born animals, but with an overall figure of 69 deceased marine mammals in such a short period of time, it seems there could be more amiss than the park is willing to recognise.

Dolphin Project would like to extend sincere thanks to Ceta-Base.org for providing data for this article.

John Hargrove is the author of the New York Times bestselling book, ‘Beneath the Surface.’ You can find him at his website: JohnHargrove.nyc

Dr. Jeff Ventre is a medical doctor licensed in the state of Washington and is a board certified specialist in the area of Physical Medicine and Rehabilitation. Sam Berg holds a Bachelors Degree in Animal Science from Cornell University and is the co-owner of the Acupuncture Center and Meditation Studio in Palmer, Alaska. Both of them can be reached via Voice of the Orcas.

Update: On Feb. 27, SeaWorld responded to this article with their own version of the facts which you can read here. SeaWorld however, did not dispute nor explain the deaths of 69 animals at SeaWorld Texas since 1995.