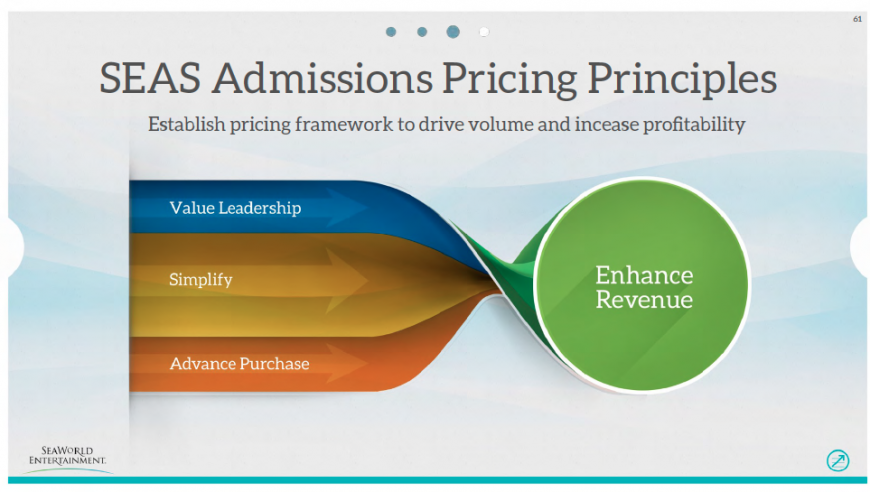 November 9, 2015: In a presentation handout made available ahead of the company’s webcast, SeaWorld announced plans to phase out the “theatrical killer whale show” at their San Diego park in 2016, with a new orca experience set to make its debut the following year, in 2017. The new experience would be “informative” and encompass a “…more natural setting,”* while apparently ending any hopes that the animals would be moved to retirement sea pens, a move advocated by marine mammal scientists and environmentalists worldwide.

While SeaWorld would like us to believe their motivation is advocacy based, indicating the display would convey a “conservation message inspiring people to act,”* the company has clearly ignored the millions who have already acted and voiced their stance, specifically, that: keeping orcas in captivity is an unacceptable and outdated practice, no matter the exhibit or size of the tanks. Criticism of SeaWorld’s captive orca display has been mounting since the 2013 release of “Blackfish,” a documentary underscoring the multitude of problems associated with such displays. Just last week, on November 6, 2015, Rep. Schiff Introduced the Orca Responsibility and Care Advancement (ORCA) Act to Phase Out the Display of Captive Killer Whales. This federal legislation would prohibit the breeding, wild capture, import or export of the species. And just last month in October, the California Coastal Commission voted to ban the breeding of orcas at SeaWorld.

The bottom line?  $ Enhance Revenue $ – even if this means the continued imprisonment of their investments, the animals themselves.

On a hot, sunny afternoon, the orcas at Loro Parque in Tenerife, Spain, were working through the third killer whale spectacle that
read more