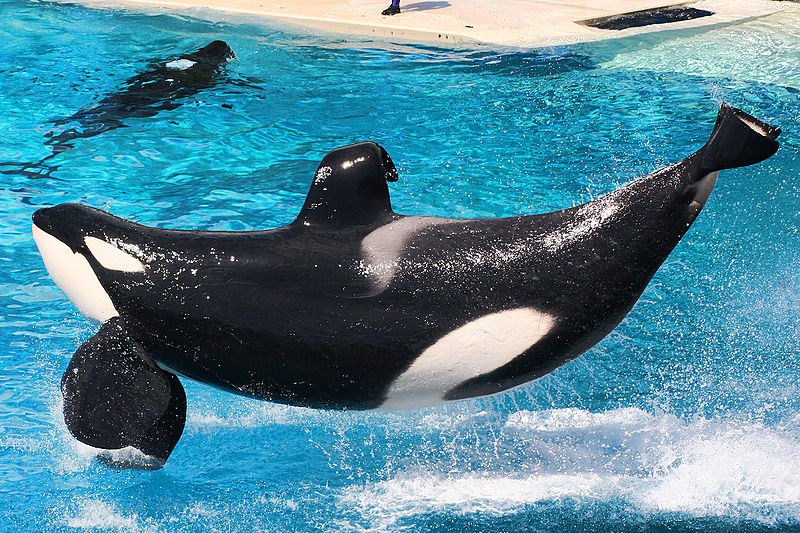 Amidst sagging revenues and lowered attendance, SeaWorld has announced it will immediately end its captive orca breeding program. Citing an “attitudinal change,” SeaWorld’s president and CEO, Joel Manby stated the animals currently owned by the park will be the last.*
* Source: Los Angeles Times, 3/17/16

In addition, SeaWorld will also be expanding their conservation efforts, partnering with the Humane Society of the United States to educate visitors “…on animal welfare and conservation issues through interpretative programs at the parks and expanded advocacy for wild whales, seals, and other marine creatures.”*
* Source: PR Newswire, 3/17/16

While this is encouraging news, as long as orcas and other dolphins are still stuck in SeaWorld’s concrete tanks, it doesn’t mean a lot. Dolphin Project is calling on SeaWorld to take it all the way, and create a natural seawater sanctuary for all their captive dolphins.” ~ Ric O’Barry, Founder/Director of Dolphin Project

SeaWorld has faced increasing backlash against keeping orcas in captivity, their reputation irreparably affected by the revelations of Tilikum’s tragic life, as illustrated in the 2013 documentary, “Blackfish.”

Dolphin Project supporter Harry Styles of One Direction called out SeaWorld during their U.S. tour kickoff concert in San Diego, in July, 2015. He became passionate about dolphins after watching “The Cove” and “Blackfish.”

And he got it right: “Don’t go to SeaWorld!”

Dolphin Project Ambassador and Game of Thrones star Maisie Williams posted the video to her over 1.8 million Twitter & Instagram followers. The hashtag #DontGoToSeaWorld quickly started to trend worldwide on Twitter.

These 4 words caused more then a 400% increase in negative comments online about SeaWorld.

With SeaWorld’s resources, we call upon them to invest in immersive virtual reality or other emerging technologies which have the capability to provide an entirely cruelty-free form of entertainment and education.” ~ Lincoln O’Barry, Dolphin Project

Proposed legislation to phase out orca captivity, the California Coastal Commission’s move to ban orca breeding at the San Diego location and even an admission of spying on animal rights activists all necessitated a new business model for the park.

In my opinion, SeaWorld is not ending their breeding program, rather, the impending death of Tilikum is forcing them to end it. Tilikum was their main supplier of sperm stock. We’re not taking SeaWorld at face value as historically they have proven they cannot be trusted. Dolphin Project will continue to monitor and report on the captive dolphins at their parks as we have been doing ever since the beginning.” ~ Ric O’Barry, Founder/Director of Dolphin Project

Dolphin Project has worked for 46 years to educate people on the inherent cruelty of dolphin captivity. If there were no revenues to be made in the keeping of whales and dolphins, the practice would stop. We ask that you make this commitment and take the pledge to not buy a ticket to a dolphin show. Then tell others why you did.