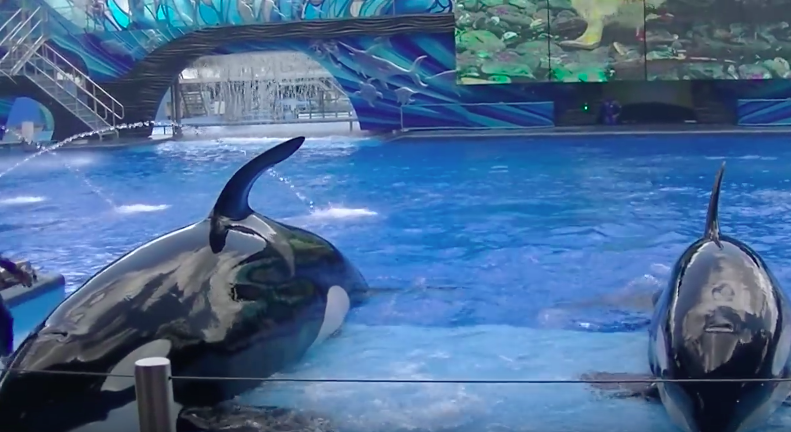 May 5, 2016 – SeaWorld Entertainment, Inc. (SEAS) released its financial results for the first quarter of 2016, reporting a staggering net loss of $84 million compared to a net loss of $43.6 million in the first quarter of 2015. The adjusted net loss increased from $43.5 million in the first quarter of 2015 to $46.9 million. The company reported a 2.6% increase in attendance, but acknowledged this was due primarily to the impact of an earlier Easter holiday, with one third of this increase related to a separate gate for Aquatica San Antonio. Attendance gains were largely offset by a decrease in attendance at SeaWorld Orlando, with fewer season passes sold as a result of less discounting, and fewer international guests.

This report comes on the heels of the company’s announcement to end all orca breeding. Says Joel Manby, SeaWorld’s President and Chief Executive Officer, “Our March announcement to end all orca breeding and transition our theatrical shows toward more natural orca encounters, as well as our new partnership with the Humane Society of the United States, were transformational decisions that we expect should contribute to an improvement in performance over time, as consumers begin to recognize our continued commitment to providing them experiences that matter.”*
*Source: SeaWorld Entertainment, Inc. Reports First Quarter 2016 Results, 5/5/2016

Tell that to SeaWorld’s orcas, whose complex and diverse needs have been swept under the rug, having been denied a proper retirement, and who shall remain incarcerated until each has died. No matter the decor or tank size, no manmade environment can ever hope to replicate the conditions of a wild world.

Manby also stated a commitment to advancing SeaWorld’s ongoing evolution, one which he has little to no hope of realizing, should the company maintain its status quo by continuing to keep dolphins and other whales incarcerated in tanks. It would appear that in SeaWorld’s view, breeding and confinement are synonymous with animal rescue. That’s bizarre logic which is actually quite – illogical.

“Your capacity to learn from your mistakes and move on will be key to your ultimate success and achievement.”
~ Amy E. Dean

If SeaWorld were truly interested in succeeding as a viable and engaging business model, they would acknowledge the public stance that the captivity of dolphins and other whales was a failed experiment. By demonstrating both maturity and a willingness to evolve as a corporation, SeaWorld would attract an entirely new fan base, as well as appease existing supporters by allowing these mammals the ability to retire in peace and dignity.

So far this hasn’t happened. Ironically, when asked during a SeaWorld online forum on March 30, 2016, why the whales can’t be released into sea cages, Manby countered, “who will pay for it; who takes the risk?”

His usage of the word, “risk” was an interesting one, given it’s meaning, as “a situation involving exposure to danger.”*
*Source: Oxford Dictionaries

Was the risk to trainers jumping into the water with orcas to entertain park patrons ever considered? Was the risk to the animals themselves ever given a second thought, with dolphins from different parts of the world thrown together and forced to get along with one another? And what about the massive financial risk to the corporation, as demonstrated by the $84 million loss reported in SeaWorld’s Q1 results?

In the end, we can turn to SeaWorld for answers to these questions. In a handout dated November 9, 2015, three, colorful bars all lead to a universal goal: “Enhance Revenue.” For the past 46 years, Dolphin Project has advocated peaceful means to help end the suffering of all dolphins worldwide, acting as a voice for those who have been silenced. Through fact-based evidence, we have helped to educate people on the plight of dolphins and other whales, in order that positive – and permanent – change can happen.

SeaWorld’s commitment should focus on the surviving animals, not profit. Speaking of which, retirement sanctuaries could be quite profitable, where visitors would have a chance to learn about the true natures of cetaceans. With emerging technologies such as Dolphin Project’s and Ryot’s Virtual Reality Wild Dolphin Immersive Experience where one can “virtually” swim with dolphins from the comfort of home, live animals no longer need to be sacrificed in the name of profit.

We ask for your help in showing SeaWorld and other marine parks the show must NOT go on.

Download our Study Guides and empower others through education