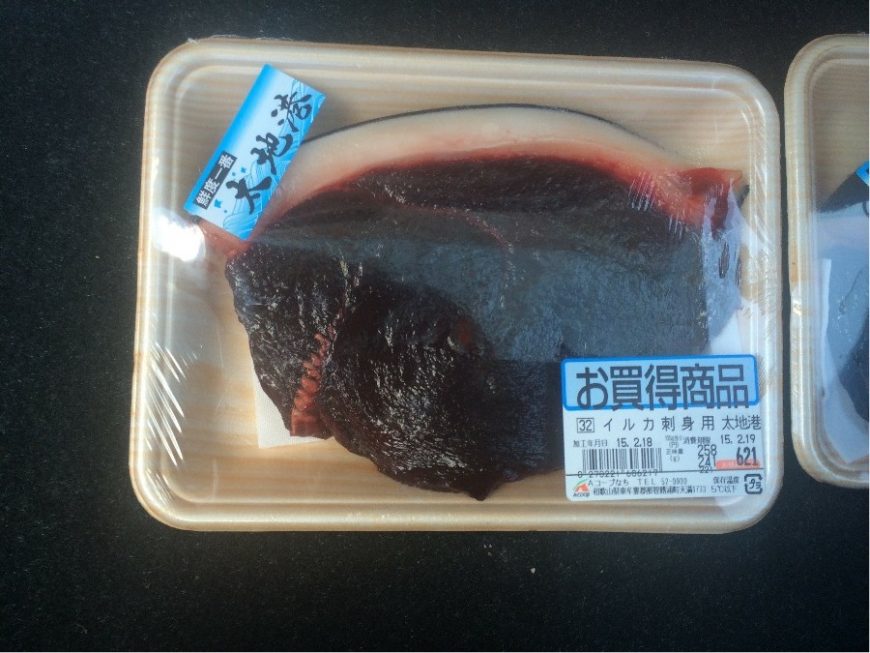 Even as far back as 2007, Taiji’s elected officials admitted they “…had found extremely high mercury and methylmercury levels in samples of meat from pilot whales killed inshore by Taiji hunters…”*

Last week marked the first drive of pilot whales into the cove, where they met a prolonged and violent death. From there, they were packaged up, with the tainted meat driven to supermarkets in Wakayama Prefecture.

The products will be sold as “gondo” or whale meat, and displayed in a separate case alongside minke whale products, away from dolphin meat. The public will be intentionally misled, thinking they are eating whales, and not dolphins.

Despite being fraudulently marketed, the irony is that all meat, dolphin and whale, is contaminated. In fact, pilot whales have tested to contain the highest levels of mercury.” ~ Ric O’Barry

Dolphin Project has been buying and testing gondo meat for 13 years, and never once did we find a package that was not contaminated with high levels of mercury and other toxins. We have been working with the Japan Times, notably, with writer Boyd Harnell, in order to get the information out to the Japanese people. Like any other product, gondo meat is based on supply and demand. If the Japanese people learn the truth about these contaminated products, they will stop buying them. Ultimately, our work is about reaching the Japanese consumers.

The health ministry has been aware of the mercury problem in small cetaceans (not to mention in the meat from great whales) for many years, but so far it has refused to ban the sale of such food products.*

Read the rest of the article, written by two-time Genesis Award winner Boyd Harnell. Even though it’s dated, the material contained is accurate and relevant. More recent is an article written by Rob Gilhooly, also published in the Japan Times, where an admission from fisheries cooperative official Yoshifumi Kai, acknowledges that tests on locals have yielded high mercury levels. You can read our analysis here.

Dolphin Project will continue to purchase and test meat from dolphins killed in Taiji throughout the 2015/16 season.