Russian Aquarium is a Death Camp for Marine Mammals 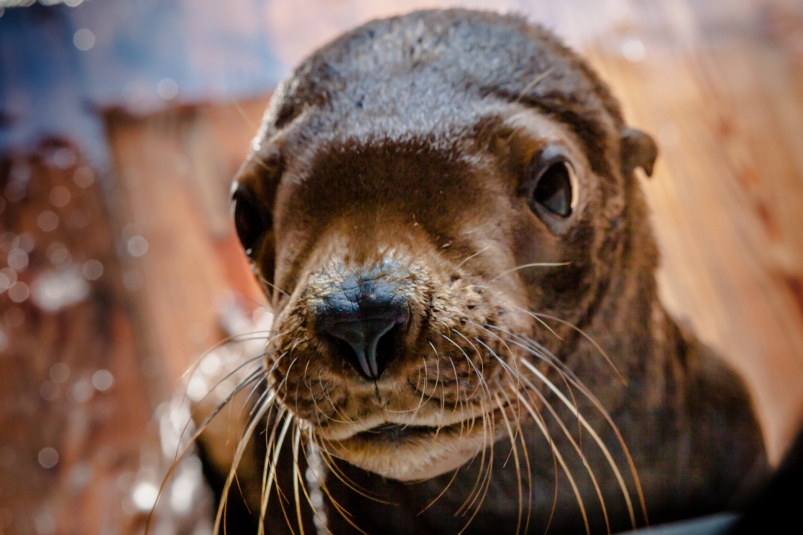 Featured Image: Stark was bludgeoned to death by a mechanic. Image: PrimaMedia

Billed as one of the top ten aquariums in the world, Primorsky Oceanarium in Vladivostok has witnessed 15 animal deaths since 2013.

Named as the “President’s Aquarium”, according to Russia’s Prima-Media, the new aquarium has been anything but presidential for the animals housed there. A litany of dead animals from dolphins to seals and walruses to beluga whales has even led to trainers speaking out about the incompetency of the aquarium and its inability to keep its animals alive.

In December 2014, an anonymous letter sent to Prima-Media, allegedly from employees at Primorsky Oceanarium, declared that much was amiss. According to insiders, the facility’s pools didn’t meet the required Ph levels to keep the animals in optimum health.

One sea otter died after attempting four times to escape its surroundings. Two Baikal seals simply disappeared, fish were killed when the electricity was shut down, and a walrus named Tora died after swallowing a rope.

An investigation initiated in 2014, a total of six animals died — a sea otter, a walrus, a dolphin imported from Taiji, Japan, a beluga whale, and the two Baikal seals. To its credit, the oceanarium recorded every incident and the deaths were documented in accordance with established procedure.

On November 5th, 2015, the aquarium lost yet another beluga whale to a chest tumor, raising the death count to seven animals. One year on and a bottlenose dolphin named ‘Leo’ who was also imported from Taiji, Japan died due to a “weakened immune system” according to aquarium officials. Press secretary Elena Molchanov said at the time of Leo’s death:

Bottlenose dolphin, Leo, came to us already in a weakened state. He had low immunity and was often sick. No commercial dolphinarium would have taken him in such a condition, but because our purpose is not commercial, and we also rehabilitate marine animals, we took it.

A weakened immune system in any cetacean can be caused by a number of factors but is most commonly linked to environmental stress.

Leo was actually one of four dolphins that came from Taiji in 2012, in exchange for two beluga whales. Activists were shocked and surprised to see the 4-year-old white whales appear at Taiji’s Dolphin Base in Feb 2013. Accompanying them was a trainer from Primorsky. The whales — flown in from Vladivostock, were not there long.

Shortly after their arrival, one was noted to be ailing and trainers quickly tarped the area shielding the belugas from public view. As quickly as they appeared, the whales disappeared from Dolphin Base. It is presumed that they died.

Meanwhile, the death toll continued at the Oceanarium. In April 2016, another beluga suffocated to death. Aquarium officials stated, “She was found this morning. Somehow she opened the grate in the drain hole and stuck there. Of course, she suffocated without air.”

July 2016, two baby walruses never awoke from anesthesia after they were sedated for tusk removal.

During this same month, six more dolphins were imported from Japan. A Pacific white-sided dolphin died on August 31, and two more died just last week. Despite being in quarantine, another remains in a critical condition. One dolphin was noted to have been foaming at the mouth.

Perhaps the sickest incident occurred on October 21 when a 5-month-old sea lion named Stark was killed by a blunt object. According to the oceanarium, the incident was an accident. A mechanic entered the sea lion’s enclosure and when the youngster went to greet him, he was startled enough to beat the baby with a hammer.

The oceanarium opened to great fanfare on Sep. 3, 2016 for special visitors President Vladimir Putin, Shinzo Abe the Prime Minister of Japan, and Park Geun-hye the President of South Korea. Three days later it was opened to the general public, and after just two months, the controversy over poor conditions and allegations of insider corruption continue to plague the facility.

On Oct. 27, Roman Fadeev, an employee with the oceanarium, posted on ‘Facebook’ that he blamed aquarium management for the animal deaths. He alleged that aquarium animals were fed bad fish and conditions at the facility were unsuitable for them.

Three days later former trainer Alexander Kolyadenko also spoke out in support of Fadeev’s claims. Kolyadenko also posted on his ‘Facebook’ that the CEO of the aquarium Vadim Serkov, along with the vice-president of purchasing Dolguev S.N. and chief financial officer Skaldina S.V., were involved in scheming to resell cheap and unsafe fish for double or triple the profit.

The Primorsky Aquarium falls under part of the Far Eastern Branch of the Russian Academy of Sciences and is considered a research institute. Perhaps they should research how to keep their animals alive before considering other areas of study. Fifteen deaths in three years are simply unacceptable.

Dolphin Project Cove monitor Oxana Fedorova is monitoring the situation in Russia and contributed heavily to this report. Please sign the petition to President Putin and ask him to stop the import of Taiji dolphins to Russia.