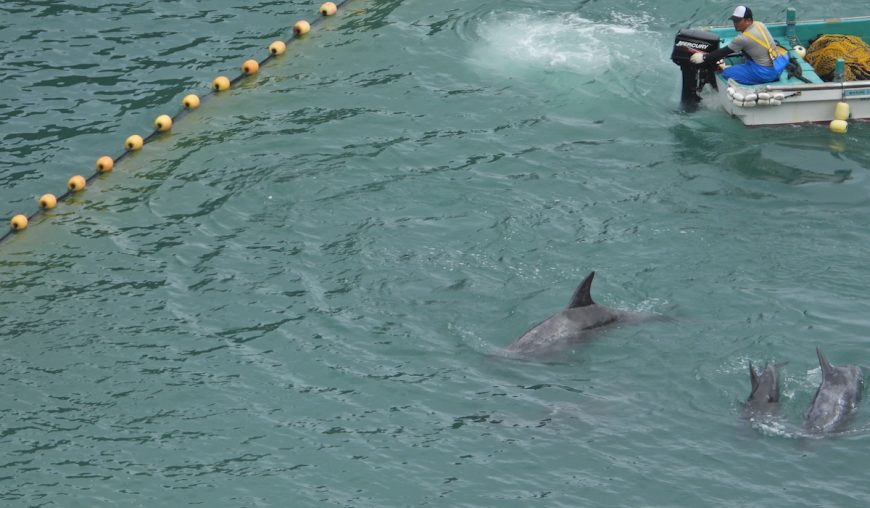 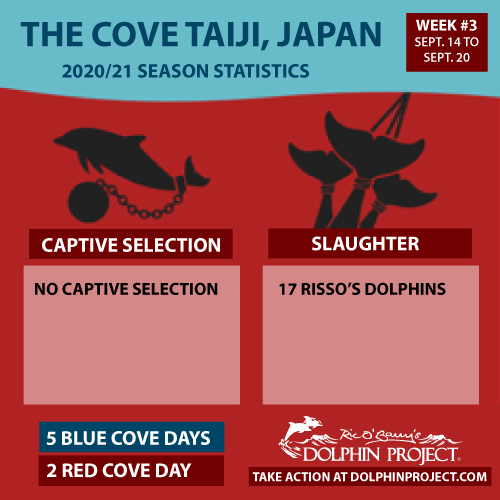 At around 8:30 a.m. on September 15, a large pod of Risso’s dolphins was targeted by Taiji’s dolphin hunters. After four and-a-half hours of attempting to drive the pod into the Cove, the frustrated hunters finally decided to net them offshore, near the entrance of the harbor. Many of the mammals managed to escape, with the exception of 10 dolphins, which were slaughtered at sea, tethered to the sides of the skiffs and taken to the butcher’s house for processing. 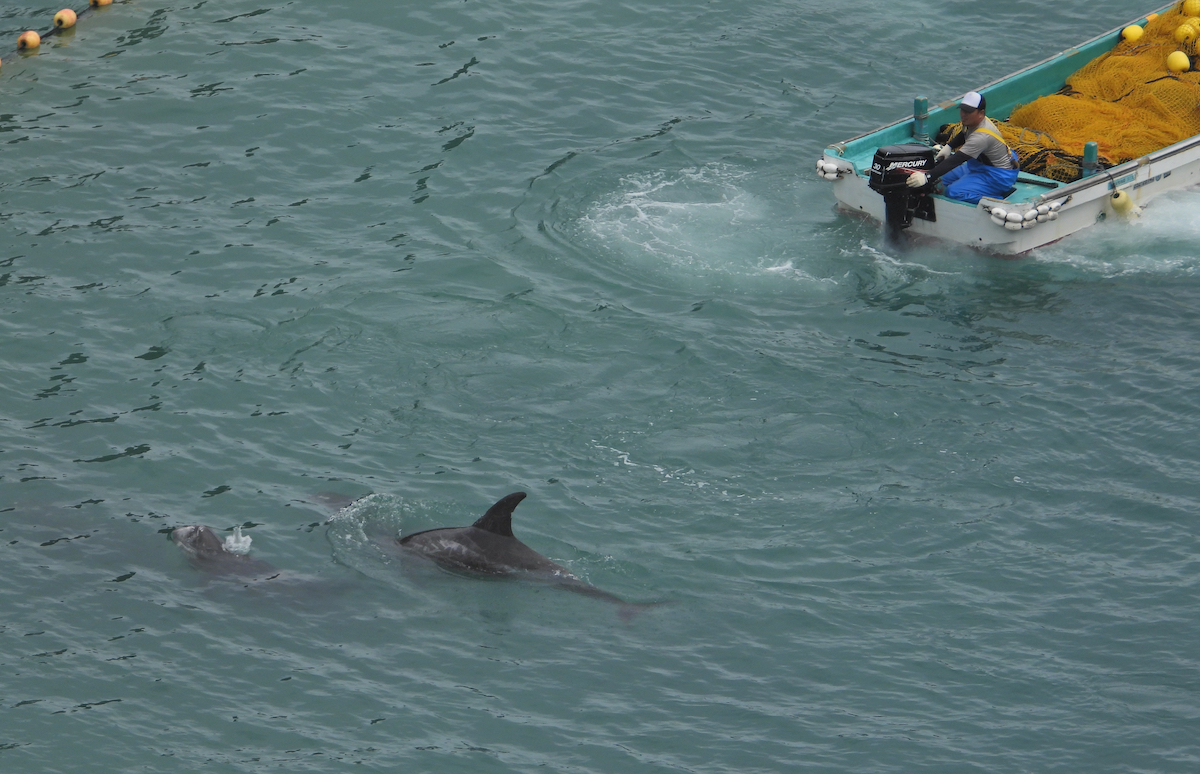 A pod of Risso’s dolphins, including a very young calf is driven into the Cove and slaughtered, Taiji, Japan. Credit: LIA/Dolphin Project 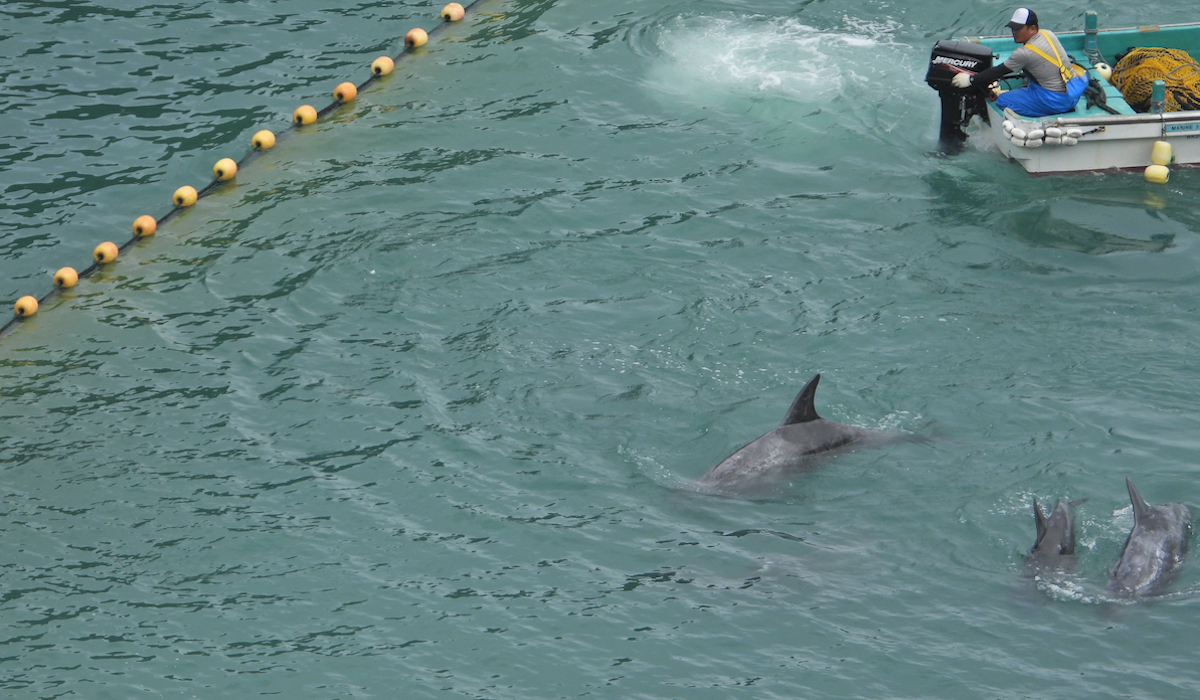 A pod of Risso’s dolphins are slaughtered in the Cove, Taiji, Japan. Credit: LIA/Dolphin Project

On September 17, another pod of Risso’s dolphins was located. This time, hunters were able to drive the dolphins into the Cove, where they were slaughtered. Our documentation indicates the slaughter of an extremely young dolphin – perhaps even a newborn.

LIA was told to apologize for stating the slaughter of a young dolphin was illegal. The police say that it is not, however LIA stands firm that it is, and a copy of the law from Japan’s official governmental site was filed.

Featured image: A pod of Risso’s dolphins, including a very young calf is driven into the Cove and slaughtered, Taiji, Japan. Credit: Life Investigation Agency and DolphinProject.com