Taiji, 9-18-18 – After 17 days where no dolphins were slaughtered or taken captive, the dolphin hunters of Taiji, Japan were successful in capturing a small pod of Risso’s, in the first red cove of the 2018/19 drive season.

For three hours, hunters in 12 banger boats chased the pod of dolphins. Cove Monitors broadcast live on Dolphin Project’s Facebook page as the dolphins fought to evade the fishermen. Sadly, the exhausted mammals were eventually forced into the adjacent harbor, where they were netted in, their fate sealed. 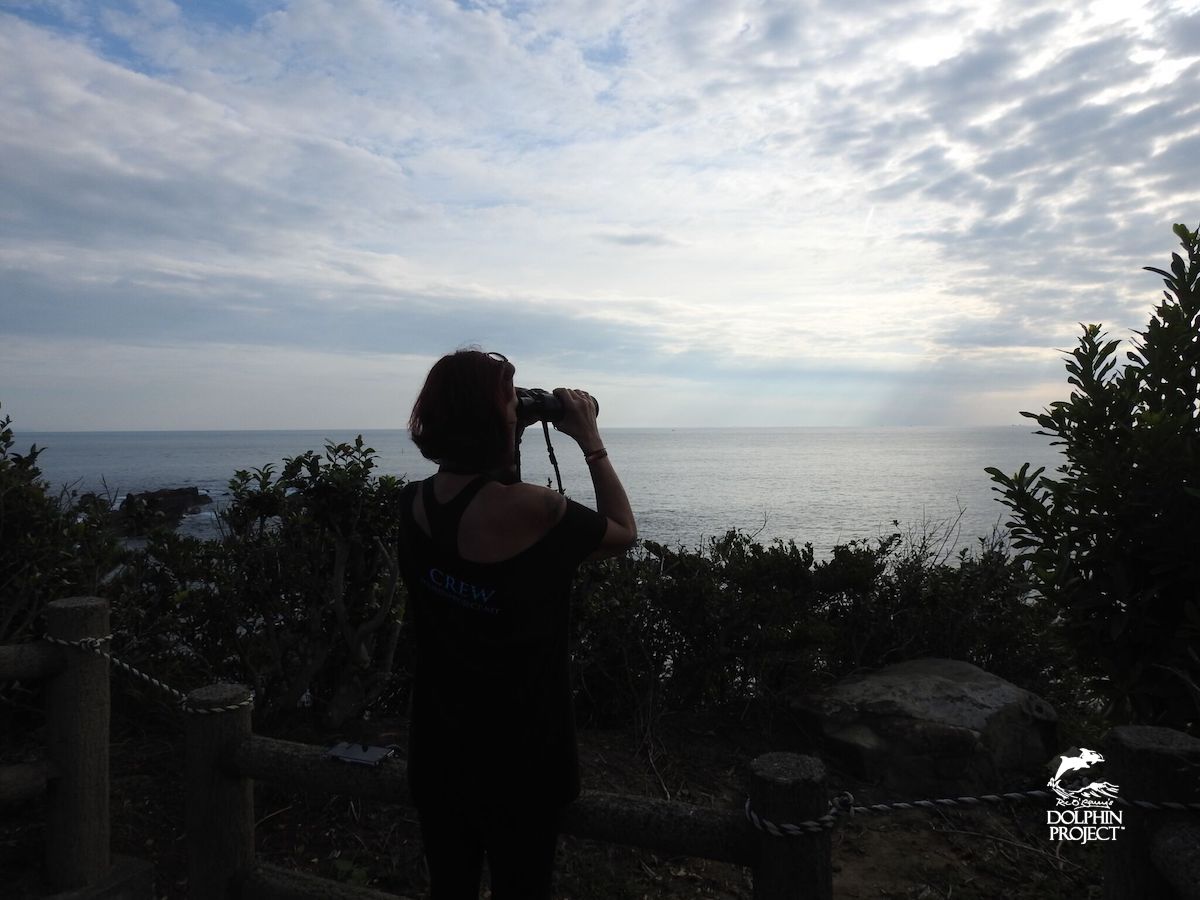 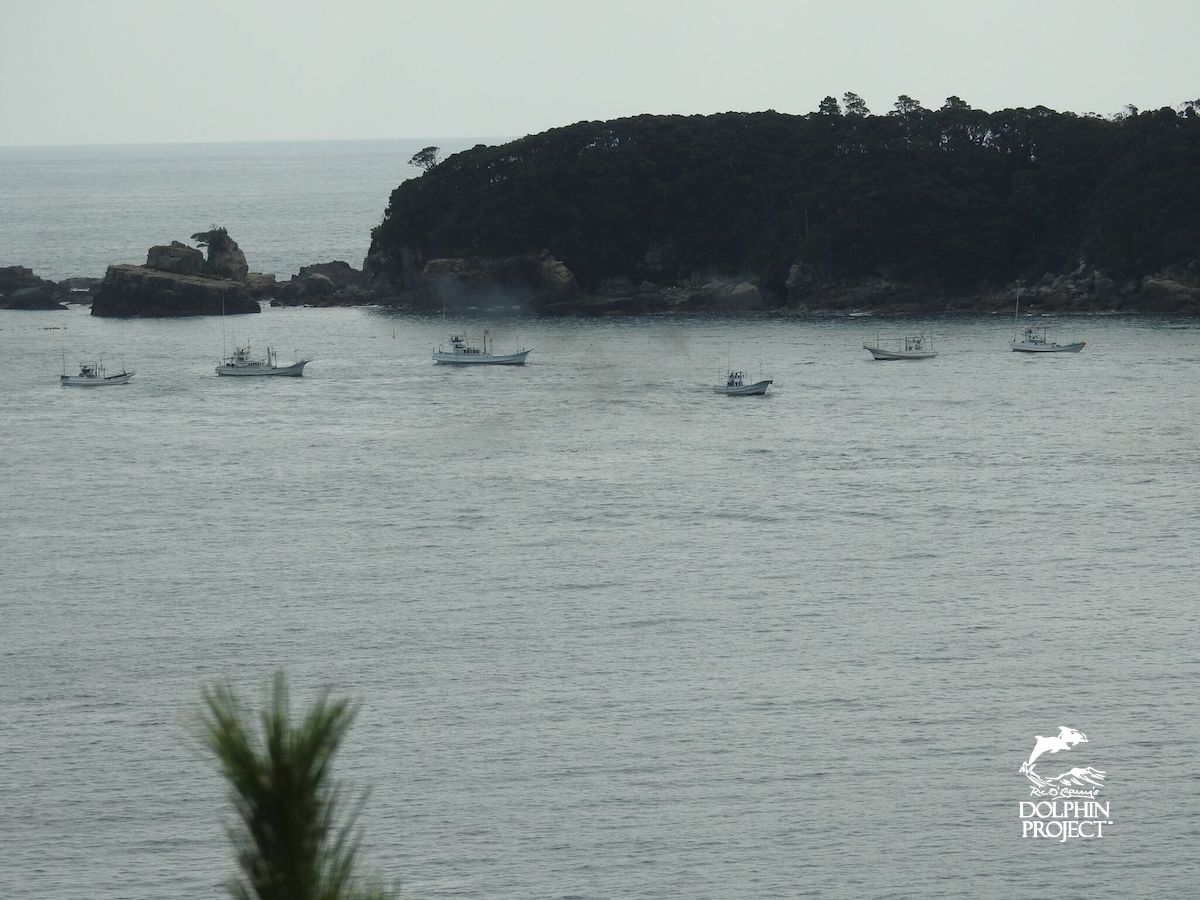 Banger boats attempt to push a pod of dolphins into The Cove, Taiji, Japan. Credit: DolphinProject.com

Four Risso’s dolphins were tethered in slings and taken to the butcher’s house, where they were processed for their meat – a practice carrying serious health risks for those that consume them. 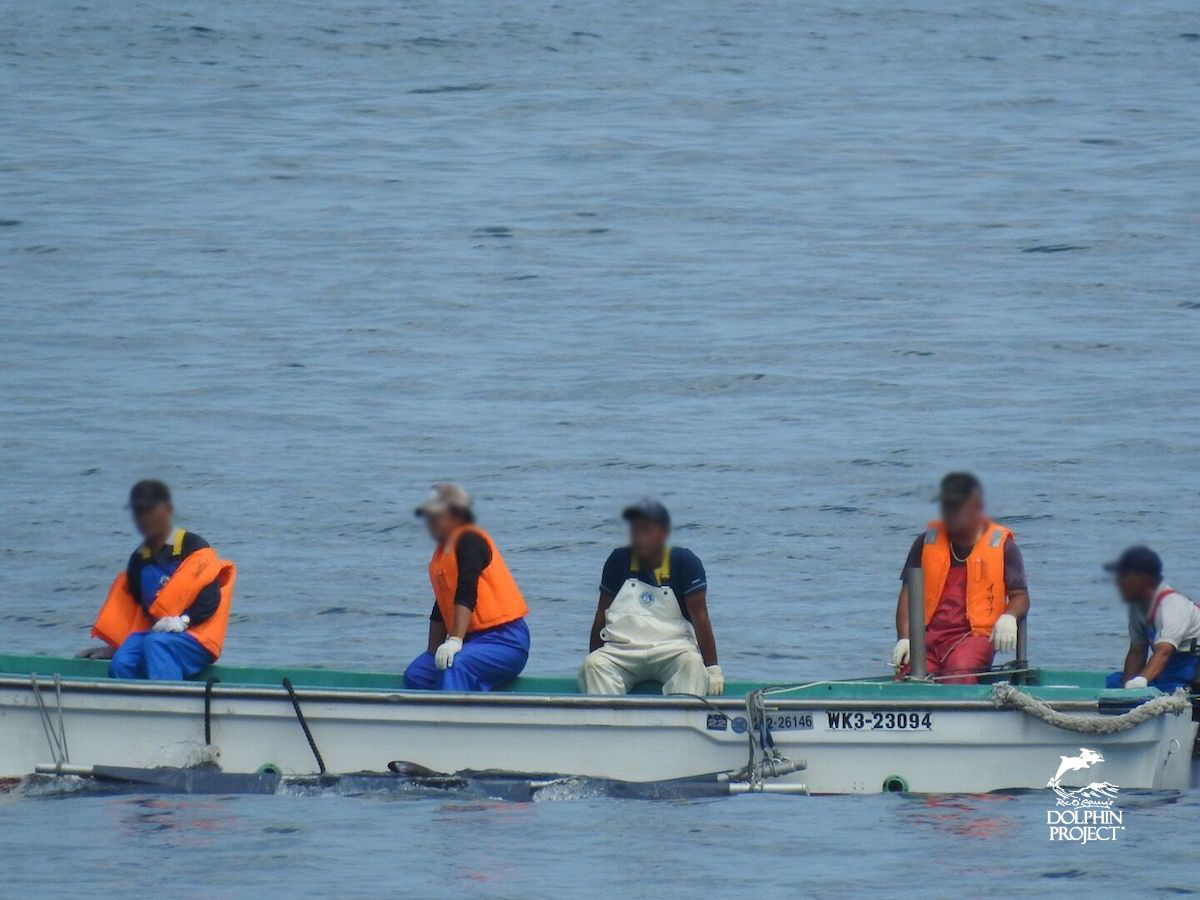 Risso’s dolphins tethered to skiffs as they are taken to the butcher’s house for processing, Taiji, Japan. Credit: DolphinProject.com

Risso’s dolphins tethered to skiffs as they are taken to the butcher’s house for processing, Taiji, Japan. Credit: DolphinProject.com 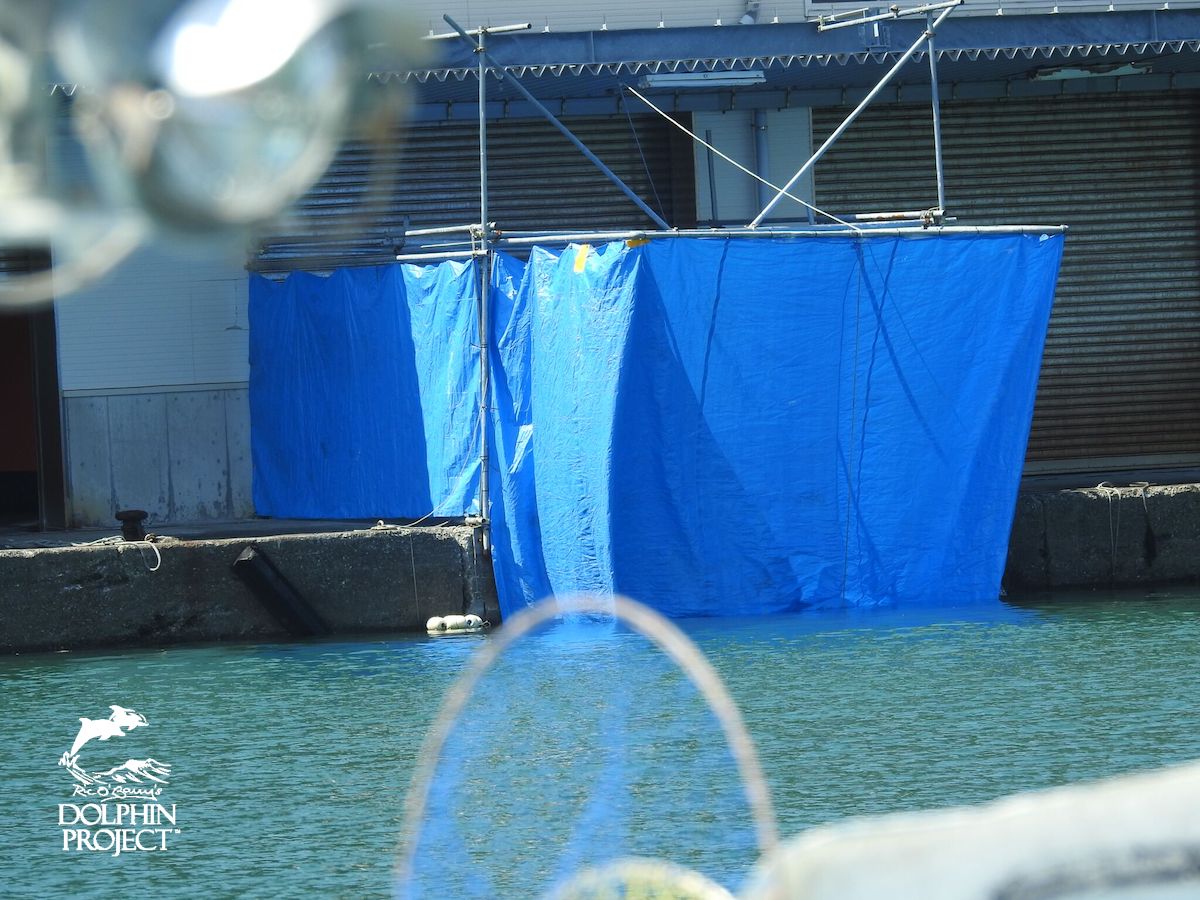 Tarps down at the butcher’s house, indicating a slaughter is taking place, Taiji, Japan. Credit: DolphinProject.com