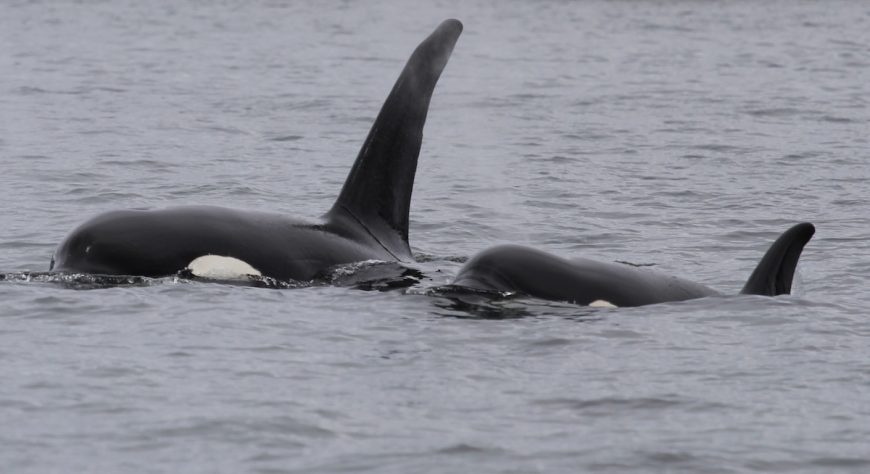 The following blog is written by Howard Garrett, co-founder and Director/President of Orca Network.

On July 24, a 20-year-old orca, known as J35 or Tahlequah, gave birth to a female calf in the waters around Victoria, British Columbia, Canada. Sadly the baby died less than 30 minutes later. For at least 10 days, J35 has been carrying around her deceased baby, with other pod members likely helping. The emotional response to seeing images of J35 carry her baby, plus, the emaciated and worsening condition of 3-year-old calf J50, have stirred unheard of national and global attention to the desperate need of the entire southern resident orca (killer whale) community for more food, specifically, more Chinook salmon.

The best and quickest way to provide more Chinook into the southern resident orca habitat is to restore the Snake River to a semblance of its historical abundance. Removing the four dams that block the salmon from spawning in the 5500 miles of riverbeds has been hotly contentious for over 50 years, since before they were built, in fact, and saturation disinformation campaigns have been used to block further discussion of dam removal.

I’ve attempted to shine a light through the clutter and help empower people so collectively, we can play an important role in removing these dams. 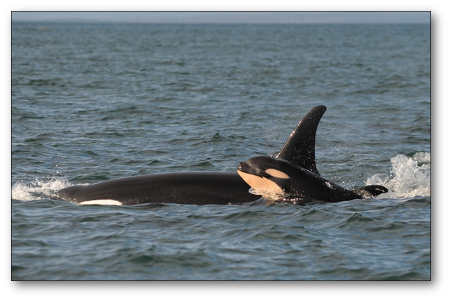 We’re wiping our tears, choking on grief. We’ve lost our joy in seeing southern resident orcas, knowing they are starving and dying as we watch.

Much needs to be done to help them now and for the long term – from greater river and shoreline restorations, to pollution controls to mining regulations and tanker traffic restrictions, but the dolphins’ primary and immediate need is to find enough salmon of the species they are known to eat to fill their bellies and give birth to healthy babies. The best way to make sure they have the most salmon in the shortest time is to begin removal of the four lower Snake River dams in December 2018. Historically, the Snake River has produced over 50% of all the salmon coming out of the Columbia River.

The Snake River is a major river of the greater Pacific Northwest region in the United States. At 1078 miles long, it is the largest tributary of the Columbia River, in turn the largest North American river that empties into the Pacific Ocean.*
* Source: Snake River, Wikipedia

And yet, we think we can’t do that. We the people – virtually all federal, state and local agencies involved in environmental or electric power issues, most news media, many environmental groups, and our elected officials have been misled for decades and believed it was about the legal process needed to remove the Snake River dams. They have all been told by pro-dam lobbies and even by federal agencies themselves, that dam removal would require either Congressional approval in some form or a new Environmental Impact Statement so that one day, the call could be submitted by the Bonneville Power Administration and U.S. Army Corps of Engineers to remove the dam. This of course, would be followed by the inevitable years of litigation for a court ruling to uphold it. That’s a ten-year timeline at best before the first dam is opened.

Both these claims are demonstrably false, and yet those beliefs have effectively removed all our power, and the power of our elected officials to restore the Snake River and provide over a half million adult chinook to desperate orcas within two years, and rescue the southern resident  community from dying of starvation, one by one before our eyes.

The actual legal process needed to start removal of the four lower Snake River dams, opening 140 miles of riverbed and 5500 miles of near-pristine Idaho wilderness spawning streams needed by salmon, orcas, and the entire watershed ecosystem merely requires the U.S. Army Corps of Engineers to select Alternative #4, dam removal, in their own 2002 Environmental Impact Statement, which is still in effect and in which they state that #4 is the only alternative likely to restore wild salmon. Instead, they chose variations of Alternatives #1-3, calling for massively expensive mitigations to improve river conditions, and retrofit the dams to increase passage of salmon smolts and adults. None of it has worked and now those salmon have almost disappeared and teeter on the brink of extinction.

The funding is already available from the Bonneville Power Administration – in fact, dam removal would save $100s of millions a year in turbine and lock maintenance and on-going salmon mitigation expenses. Dam removal could also save the Bonneville Power Administration from financial insolvency. The cost of electric power has dropped due to now widespread renewables like wind and solar, plus conservation in all western states. The power from the Snake River is now completely surplus, not needed and rarely used at all.

Infrastructure upgrades on railways are already underway to meet the needs of inland farmers, and irrigation needs can be met for less than the cost of maintaining the dams. It won’t even be very expensive. Dam removal on the Snake River doesn’t call for blowing up any concrete, as was needed to take out the Elwha dams. As Alternative #4 describes, bulldozing the earth berms alongside each dam will free the river, repopulate spawning beds, and rescue the southern resident orcas from certain extinction. We only need to enlist the support of our state’s elected leaders to urge the U.S. Army Corps of Engineers to begin removal now.

Your help is urgently needed to save the southern resident orcas