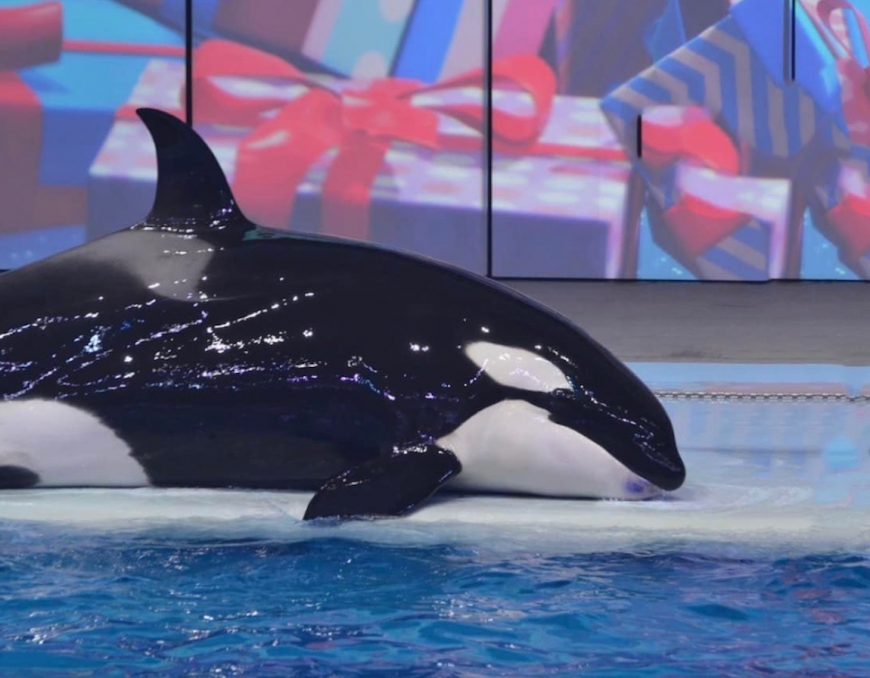 Narnia, the matriarch orca at Moskvarium aquarium in Moscow, has died.

At only 17 years of age, she was a mere youngster. Narnia was captured near Reineke Island in the Sea of Okhostk on August 11, 2012. The following year, another orca, a male named Nord was caught off the Sakhalin Island coast. Then again, presumably around the summer of 2014, a third orca, a female named Naya (formerly named Juliet) was captured from the Sea of Okhostk. The latter two orcas remain in captivity.

The exact date of Narnia’s death is unknown. On January 8, 2023, Moskvarium released a statement of her passing, claiming that her death was sudden. A necropsy was performed and acute intestinal volvulus was established as the cause of death.

“Narnia was so young. It breaks my heart that her existence was limited to a concrete tank. She is the first orca to die in Russia, but unless people speak up, she won’t be the last. The solution is a sanctuary for orcas and other cetaceans, and I believe this is feasible in Russia. The tide is changing.” ~ Oxana Fedorova, founder of Save Dolphins movement, member of Free Russian whales coalition, and Dolphin Project volunteer

According to the facility’s website, Moskvarium is the largest aquarium in Europe, featuring over 12000 marine and freshwater animals. Since its opening in August 2015, at least 16 marine mammals are officially documented to have died at the facility, including: 11 bottlenose dolphins, one beluga whale, one seal, two walruses and now, the orca, Narnia. Some of Moskvarium’s captive dolphins were purchased from the notorious drive fisheries in Taiji, Japan, where the animals are brutally hunted, then driven to their capture, or slaughter.

As dolphin (and orca) captivity is falling more and more out of favor, we hope that Moskvarium will entertain discussions of creating a seaside sanctuary. This would represent a positive and progressive step in giving dolphins back their dignity.

Thanks to Oxana Fedorova, Instagram: @wild_dolphin_girl for providing the information and featured image of Narnia for this blog.