Op-Ed: Mirage’s ‘Humane’ Label is Nothing but an Illusion

Home/Blog/Campaigns/Captivity Industry/Op-Ed: Mirage’s ‘Humane’ Label is Nothing but an Illusion 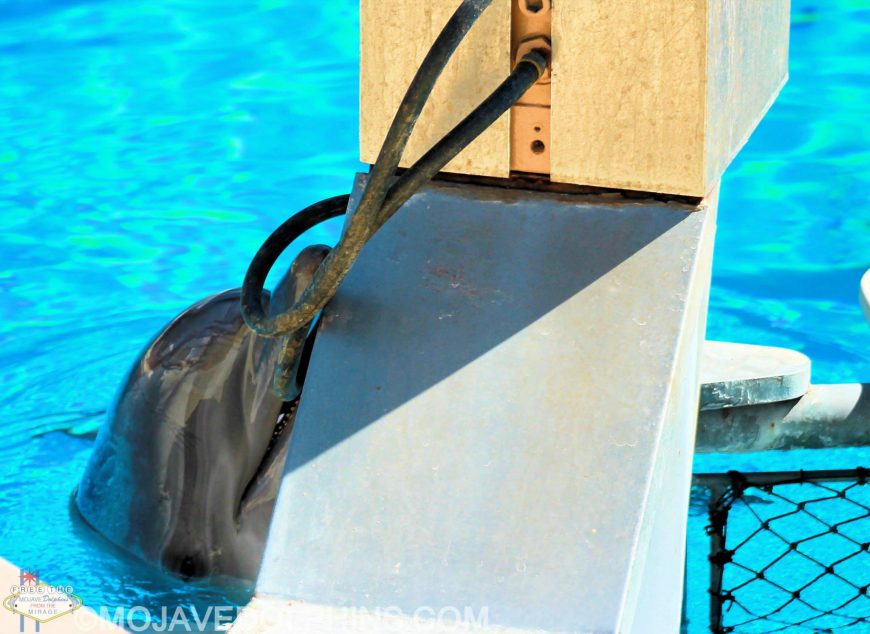 For a refresher, this is the Mirage Dolphin Habitat, the MGM-owned, swim-with dolphinarium just a skip away from the casinos. 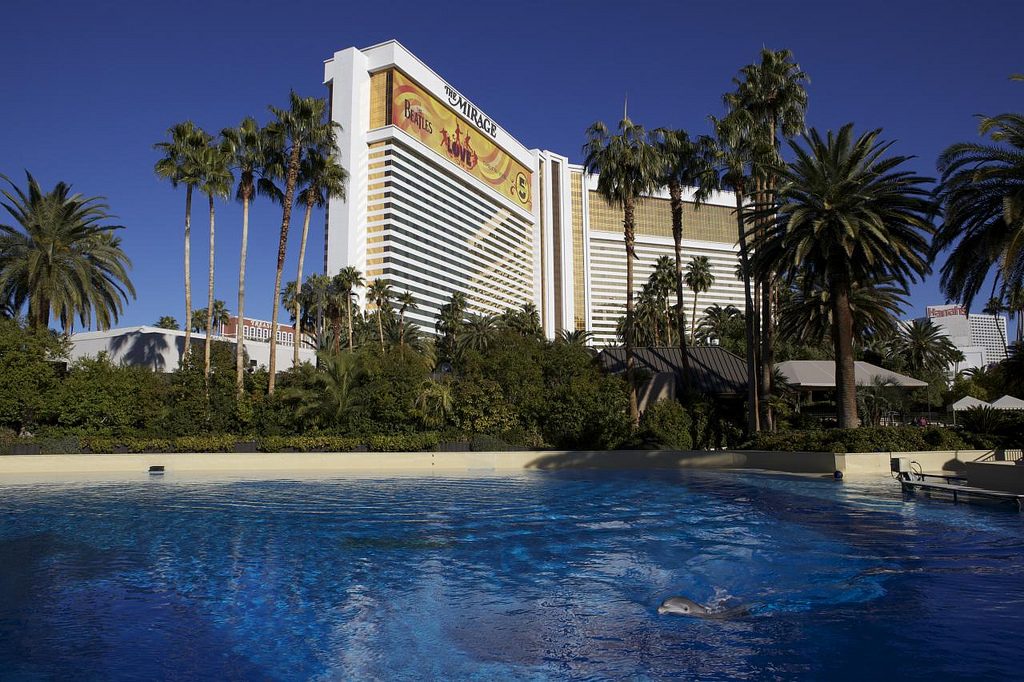 In a press release, Robin Ganzert, current CEO of American Humane, explains that their decision was a sound one, using a “science-based certification process [that] involves an exhaustive application, followed by a detailed inspection by independent auditors.”

Seriously? How could anyone call this show humane?

For years, the United States Department of Agriculture’s underfunded and understaffed branch, APHIS (Animal and Plant Health Inspection Service), has repeatedly shown a lack of willpower to force Mirage to build a shade structure for their dolphins. Yet, the Animal Welfare Act has a specific federal mandate where facilities must provide adequate and reliable shade. With the exception of the Medical Pool, Mirage has thus far refused to create such a structure.

With very little rainfall, temperatures reaching well over 100° F (37°C)  in the summer, and having to live in bright blue pools that easily reflect the sunlight, these dolphins aren’t exactly living in paradise. While Atlantic bottlenose live in coastal and Gulf waters, the natural variation of depth and fluctuating water turbidity provides natural shade in the wild. They can also dive up to a depth of 300m (990 ft), based on research on the U.S. Navy’s own dolphins. 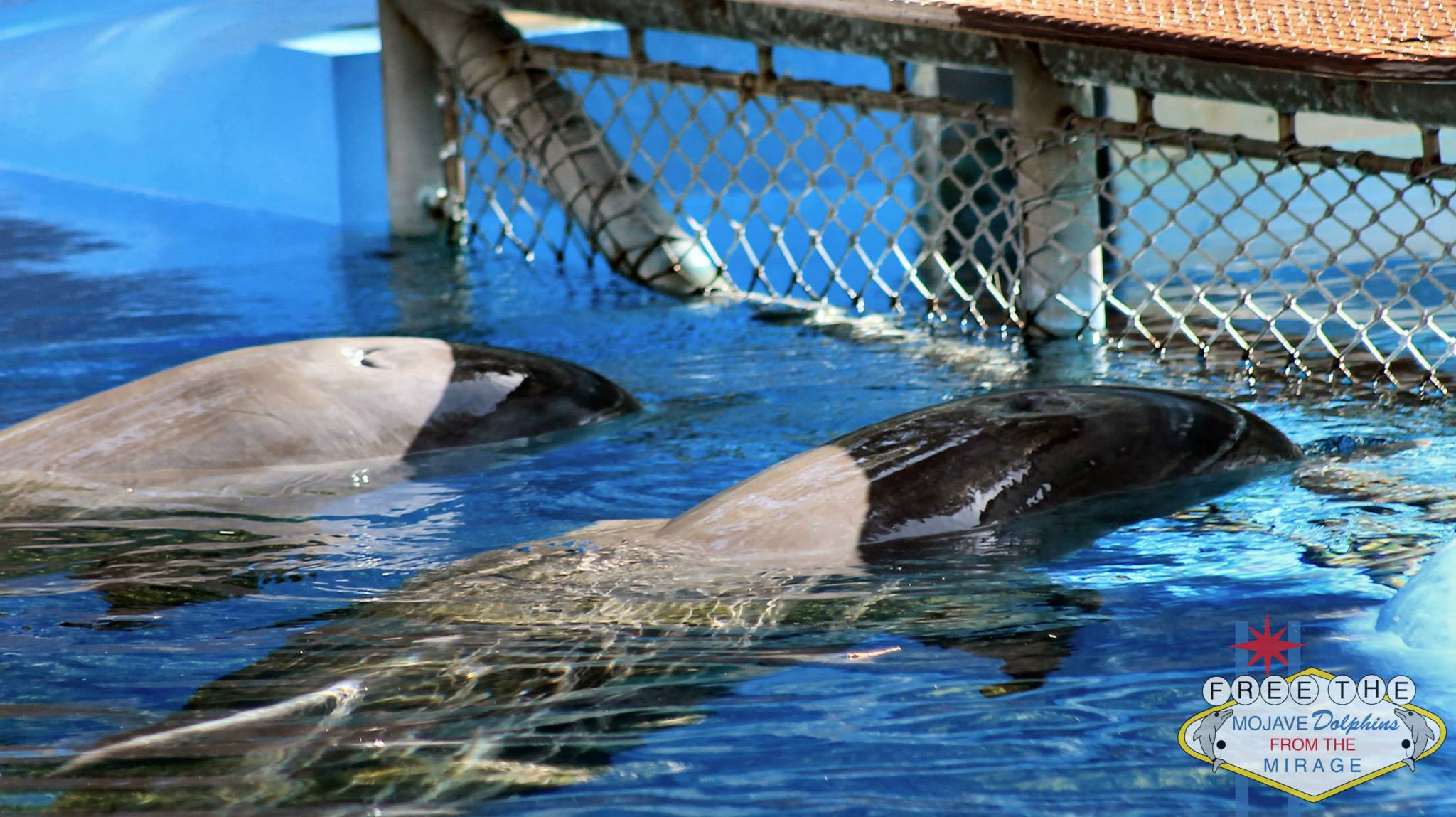 Beetle and Maverick at the gate; only a temporary area with shade is provided depending the hour of the day. March 2015.© Shelly Rae/Save Mojave Dolphins, used with permission. 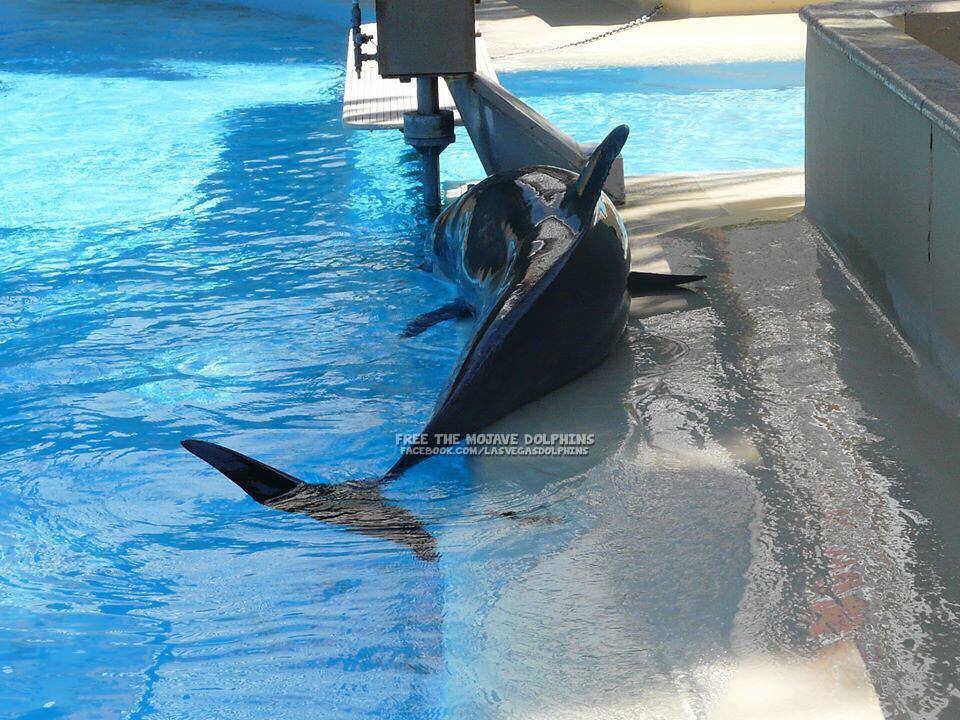 A dolphin beaching itself onto the tank ledge, a type of repetitive stress behavior (stereotypy). © Shelly Rae/Save Mojave Dolphins, used with permission. 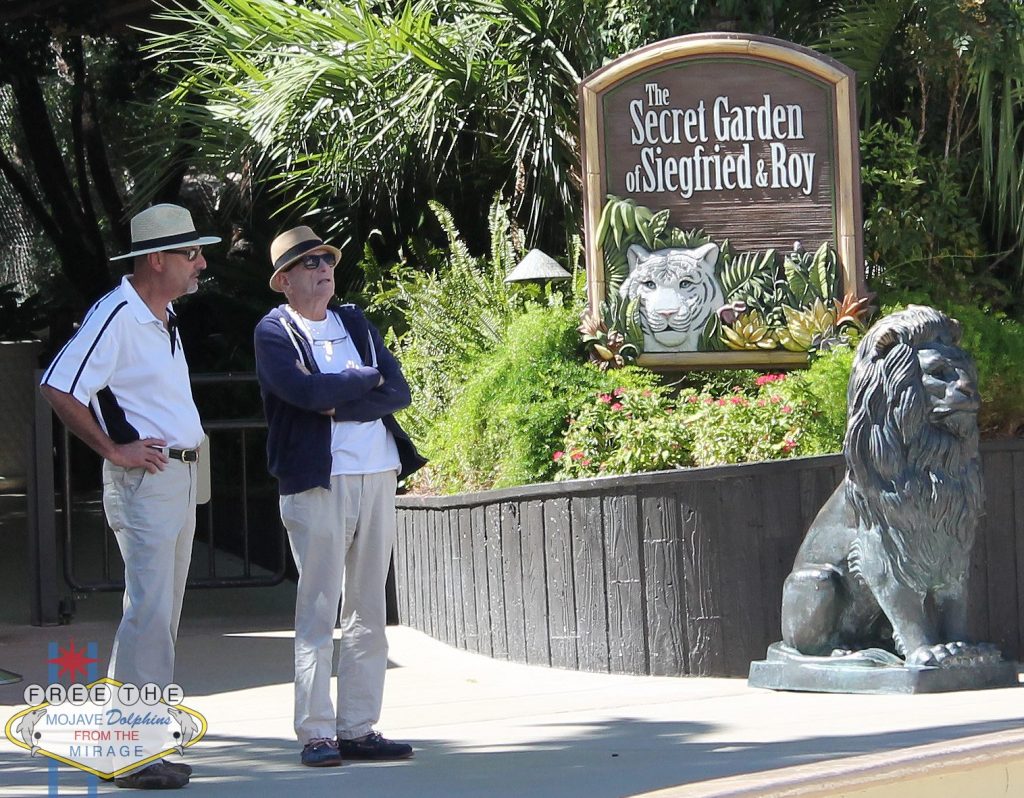 Compare that to Mirage’s “Seven Wonders” swimming pool: a quarter of a mile in length, and lots of trees that provide an ample amount of shade.

The Seven Wonders. Courtesy of SpotCoolStuff.

Then there was the Mirage’s handling of the pox issue. While cleared up now, it took a crescendo of grassroots organizations and public outcry to get Mirage from digging in their heels. Beginning in December 2012, one of the Mirage-born dolphins, Maverick, had a case of poxvirus, which manifests as skin lesions. This virus has occurred in captive and wild dolphin populations. It is not a sign of immunosuppression, but it can significantly worsen for captive animals if there are major changes to the water salinity, temperature changes, and periods of significant environmental, physical and/or mental stress.

The virus was also rampant amongst the SeaWorld Orlando bottlenose colony; given that one of Mirage’s (now deceased) dolphins – Beetle – originated from Orlando through a breeding loan, it can be assumed he brought along the pathogen with him.

The grassroots organization, Save Mojave Dolphins, campaigned for two years (2013 and 2014) to pressure Mirage to change the water conditions. When they did, Maverick’s skin condition, in January 2015, finally began to improve. How can one call a facility “knowledgable and humane” when an outside group had to get local media involved in order to make The Mirage do the right thing for their money-making animals?

American Humane’s certification program was founded by beef industry figure Tim Amlaw. It was not created in the interest of animals, but for industries that use animals. According to Free From Harm, a livestock and farm animal rescue organization, AH “never audits slaughterhouses and [sets] no limits on how far animals can be transported.” This humane certification “is extremely popular with chicken farmers hoping to avoid pasture requirements.”

To top it off, AH has had a lurid and damning history of underreporting (or intentionally overlooking) animal abuse among film sets, while for decades, it was “quick to defend big budget studios it is supposed to police.”

Knowing this, what scientific-based method did AH use to conclude Mirage is a humane establishment?

According to the facility’s current Director of Animal Care (and former director of animal training for SeaWorld Orlando’s orcas and dolphins) Dan Blasko, all that was needed was to “submit at least 50 pages of documentation” and grant three of the same auditors, known for rubber-stamping those cheating poultry farmers, full access.

Rigorous scientific process in action, everyone!

Since 2000, American Humane has been giving farms and other agricultural operations the ‘humane’ certification. However, it has only been in the past year that the organization launched a new program, the Humane Conservation, which granted the same seal of approval for zoos, aquaria and marine parks.

And who helms the committee that makes these sound decisions? Marine park and zoo industry officials, of course. Dan Blasko is in it. As are Grey Stafford, current president of the International Marine Animal Trainer Association (IMATA), Jim McBain, former Director of Veterinary Service at SeaWorld, and others who benefit from marine parks.

Belugas at holding tanks in Utrish Dolphinarium, originally earmarked for Georgia Aquarium, SeaWorld, Shedd and Mystic Aquariums. Screencap from the documentary, “Born To Be Free;” via Maxim Lanovoy.

So why do Mirage owners continue to resist improving these horrid conditions? It can’t be the cost, as MGM paid their CEO Jim Murren $16.6 million, a 25% salary increase. No, it’s likely they’ve learned that it’s easier to profit from a dolphin’s frozen smile than to address any real concerns about the health and welfare of their animals.

Don’t fall for it.

The author would like to thank Shelly Rae for granting permission to use her photos and taking the time to fact check.