One to be Slaughtered; Two for Captivity

Home/Blog/Japan/One to be Slaughtered; Two for Captivity 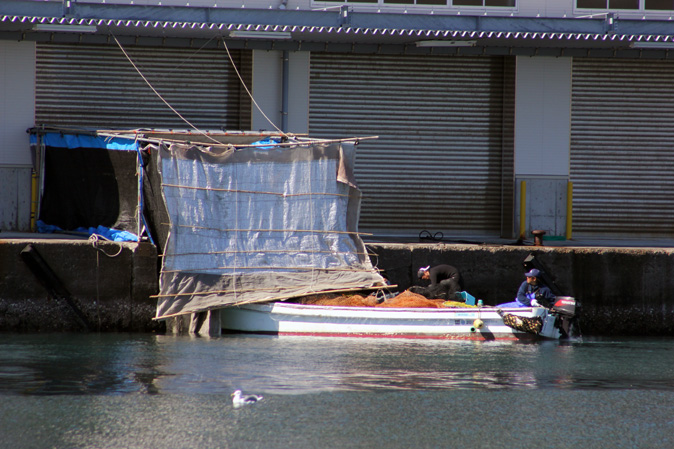 Feb. 20, 2012 —  Sixteen — this is the number of slaughters I have witnessed in Taiji.  Not one has been any easier or less painful to watch.

Today, while witnessing and recording the slaughter of a single bottlenose dolphin, I could not help but wonder about the tortured life of the other two bottlenose dolphins taken into captivity just moments earlier.  Did the one get slaughtered because he was a male, or because he was not pretty enough?  Why can a trainer from Dolphin Resort or the Taiji Whale Mueseum sit under the tarp and pick out the ones to be enslaved and the ones to be slaughtered?   I thought they loved these animals?   I guess they do…. to death.

Today I received many emails about the one who was slaughtered.  Telling me how sorry they were I had to witness the slaughtered dolphin’s last moments.

But again my thoughts go back to the two in captivity.   Because a trainer at Dolphin Resort decided these two fit the mold for captivity, they were ripped from their other pod member.  Destined for a tortured life in a small tank, a life filled with antibiotics, antidepressants, sunburn, forced to do tricks to eat, and maybe artificially inseminated.  Most people are shocked when I tell them that a captive dolphin lives a very short life, maybe only a few years, yet a free dolphin in the wild can live 40-50 years.

As Ric O’Barry notes, when a dolphin dies in an aquarium, there are always more one can get through the international Blood Dolphin$ trade.

I can remember a point in my life when I was headed down the path of marine biology.  I thought working with marine mammals was my calling.   After all, I loved these animals, spending all my weekends watching dolphins swim for mile after mile off the coast of San Diego.  Watching them ride waves right next to me.   A professor of mine sat me down and explained that he had worked for many years in the captive industry and that it was not much of a life for marine mammals.   I don’t think I can thank that professor enough right now.  It took many years for me to get to the place I am today.  It is a place that understands the cruelty of the captive trade.

When you witness day in and day out the dolphin trainers choosing a life of torture or slaughter for an animal as majestic as the dolphin, you can only hope that they too will come to realize just how wrong this is.  We have to hope that they one day will have an epiphany and become champions of the wild dolphin campaign.   That is my hope for them.  Until that day, we will bear witness to there atrocities and tell the world every single day!