One Pod’s Story: A Tragic Migration Past Taiji 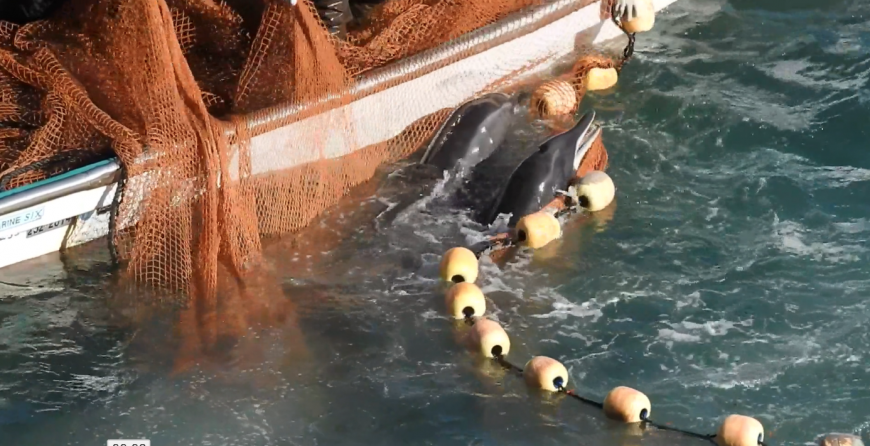 Imagine seeing nothing for miles and miles, other than a vast ocean. That’s how the oceanic zone could be described – an area of open sea beyond the edge of the continental shelf.

On this day, the sun is shining, and the sky is a brilliant blue. Underneath, there is life, including tiny microscopic plankton, small invertebrates and fish. There are other life forms, too, some of which are splashing at the surface of the water. There is a chin, a head and a dorsal fin, and suddenly, a pod of 30 members strong swim shoulder to shoulder, forming a perfectly straight line. There isn’t a lot of breaching, but they are fast and powerful swimmers. They are rather alien-looking but make no mistake: they are a pod of rough-toothed dolphins.

First described in 1823 by Georges Cuvier and scientifically named in 1928, rough-toothed dolphins has more recently been described as reptilian or primitive-looking. They have relatively large eyes, as compared to other dolphins. Their heads are rather conical as their long, prominent beaks are not well defined. No creases separate their beaks from their melons, and there is a smooth slope to their blowholes which give their heads that distinctive conical shape. Their name is derived from their unusual teeth, which have fine vertical wrinkles.

They are gray in color with white patches near their flanks (on their ventral side). The tips of their beaks are pale pink and they may have white lips. The dolphins often have white scars or scratches which they receive from encounters with cookie-cutter sharks. The older the dolphin, the more likely they are to display these scars.

Although rough-toothed dolphins are widely distributed, they have not been well-studied and much remains unknown about them. They prefer deep, offshore waters where they search for prey which includes squid and fish. When hunting, they can submerge for 15 minutes or more, and will chase schools of fish, using their teeth to grasp and tear their prey, something sharing their food with other pod members. They prefer larger fish and will often take fish that humans use for bait, making them unpopular with fishermen. Usually traveling in groups of 10 to 20, they can form large pods and often associate with tuna, whales, dolphins and even sea birds. And, like other species of dolphins, they are family-oriented, forming tight, social bonds with pod mates. 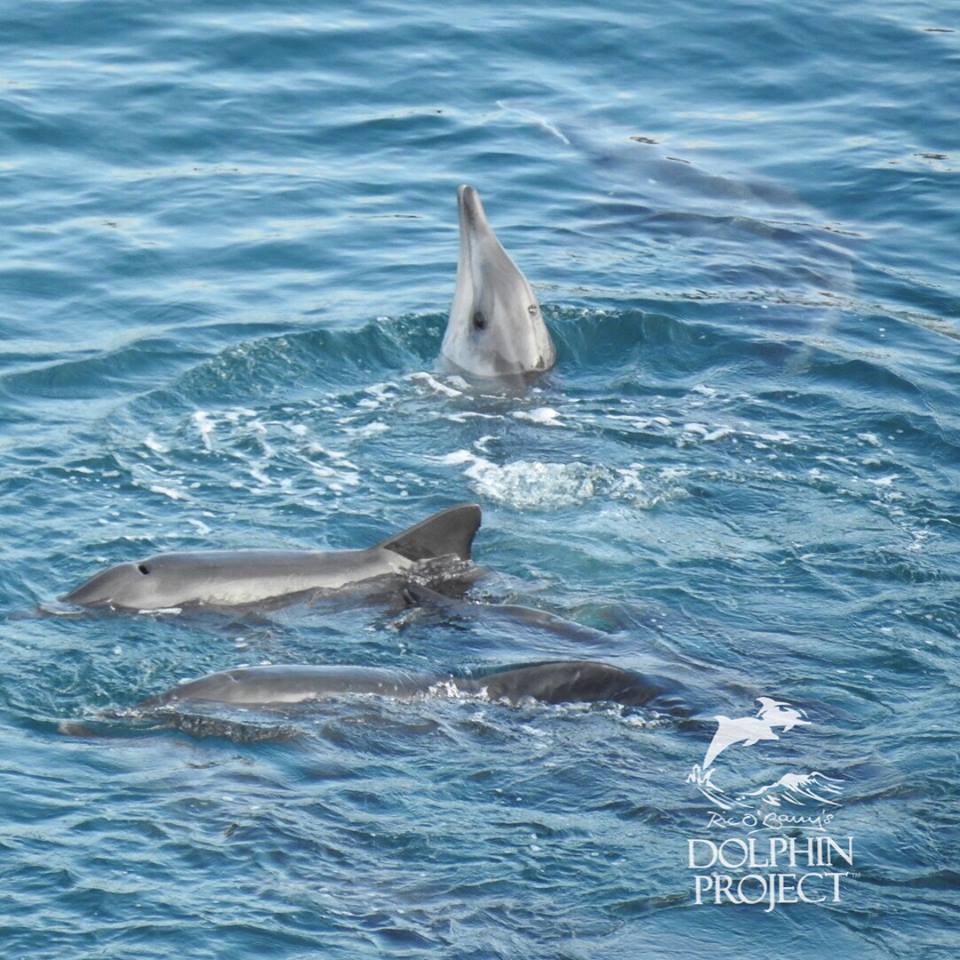 On this sunny day, a pod of rough-toothed dolphins swims along the coast of Japan, encountering a large male pilot whale in its travels. The group is about 38 in size, and as they swim along, they cause a line of splash. A boat spots them and calls other boats to the area. These aren’t the normal fishing boats the pod has encountered on other occasions. Those boats leave the pod alone to carry on their activities. These boats do not.

Suddenly the water is filled with terrifying noises and vibrations and the pod is being chased. The boats force them to swim in a certain direction as they try to escape the commotion.  But as they flee, they find themselves heading directly where the boats manipulate them to go. Finally, the noise stops but instead of being able to swim away, free, the dolphins find themselves trapped behind a net in a coastal cove. Having never encountered such an object, they have no idea what lies on the other side. So they do what comes naturally to them, huddling close together, seeking comfort from one another. The pilot whale nestles amongst them, too.

They notice they are not alone, as a strange-looking creature enters the water with them. Curious, they decide to investigate. The pod begins to approach him. Yet, in a moment which should have represented true interspecies communication between human and dolphin quickly turns into a nightmare. Smaller boats with loud engines begin approaching and more of these creatures start to shout, frightening the dolphins. 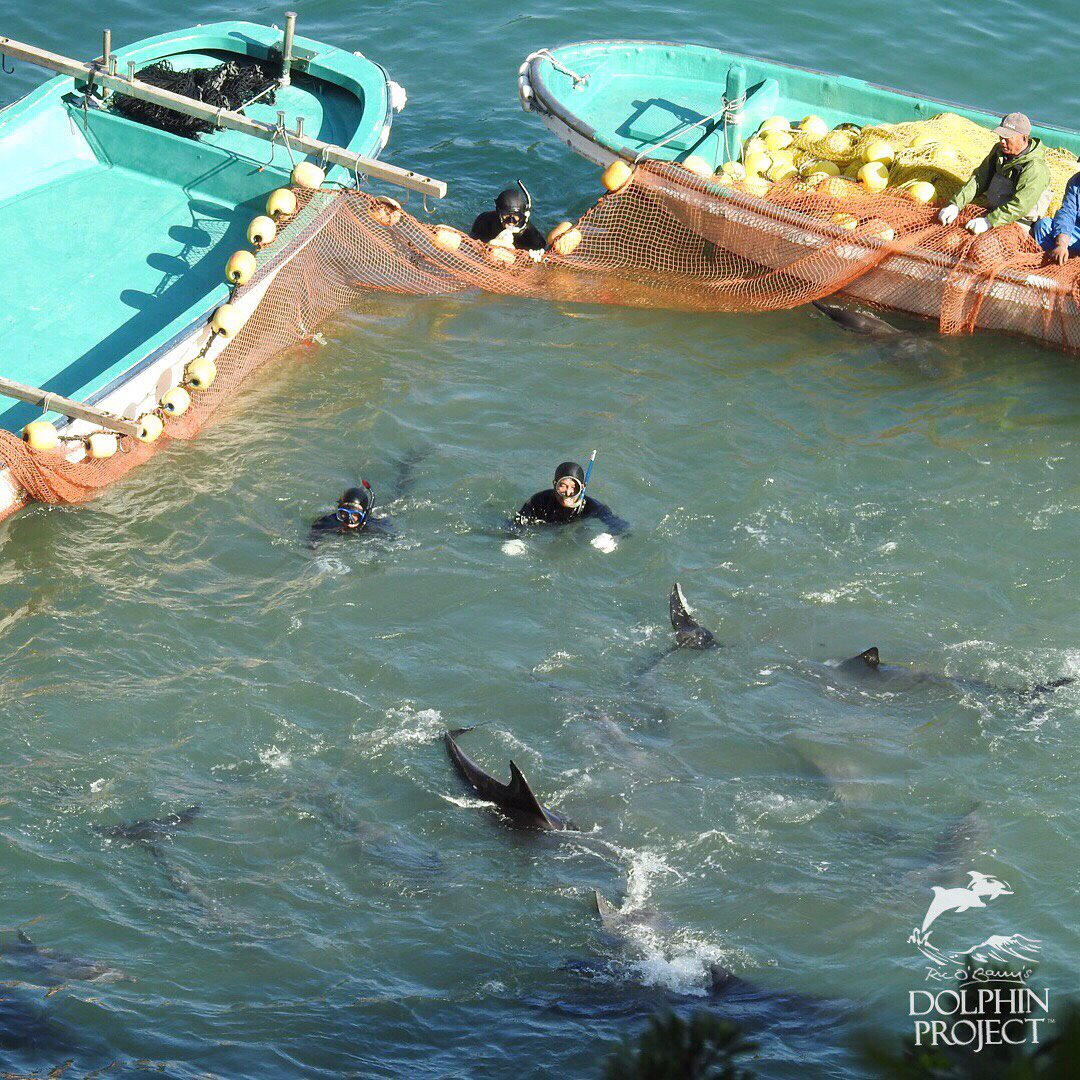 Things begin happening in fast-motion. As the dolphins approach the diver, hands push at them, forcing them towards the beach. Some are grabbed, ropes attached to their flukes. Some are flipped over onto their backs, to determine which sex they are. Some are measured while others, mostly juveniles, are wrestled into slings. Pod members watch helplessly as six young dolphins are forcibly removed from their family and taken out of the Cove.

These six dolphins are once again skimming across the water, but this time forcibly. Carried in slings along the sides of a skiff, they are brought to a floating sea pen in Moriura bay where they are dumped into the small enclosures. Little do they know their lives are forever changed. Never again will they see their family members, nor will they swim in the ocean and hunt for their food. Now considered property, they will be trained and used for human entertainment. 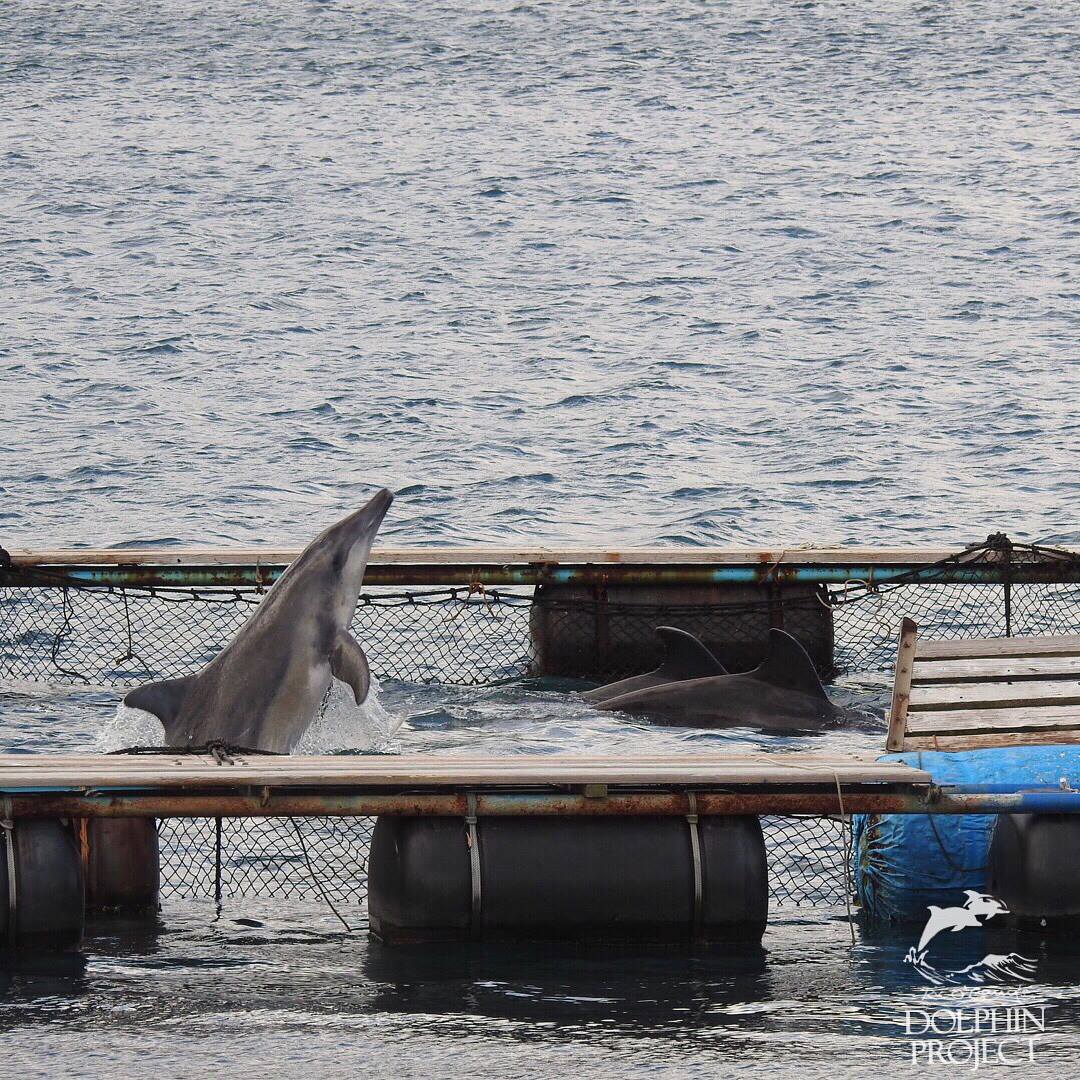 Back in the Cove, pod members watch as selected dolphins have a sharp metal rod plunged into their bodies, behind their blowholes. Tails thrash in loud panic – slap-slap-slap – until each goes quiet. The dead are unceremoniously tossed into skiffs, their bodies covered with tarps. Destination: the cold section of local grocery stores. The remaining dolphins are thoroughly exhausted and terrified, pressed together for comfort. How did this happen? Taiji, Japan is what happened. Just this year, rough-toothed dolphins were added to a quota list, allowing them to be hunted, slaughtered and taken for captivity.

Later that day, chaos erupts in the Cove once again, as humans in skiffs use their engines to frighten the dolphins back out to open water. They are reluctant to leave this place of nightmares, but eventually they swim fast and away. Amongst the group is the pilot whale, who could have easily been slaughtered or taken captive as so many of its species are during the hunting season. Unbeknown to the dolphins, other humans watch and record the day’s events, sharing this brutality with the rest of the world, in hopes of putting a permanent end to the horrors taking place against dolphins in Taiji.