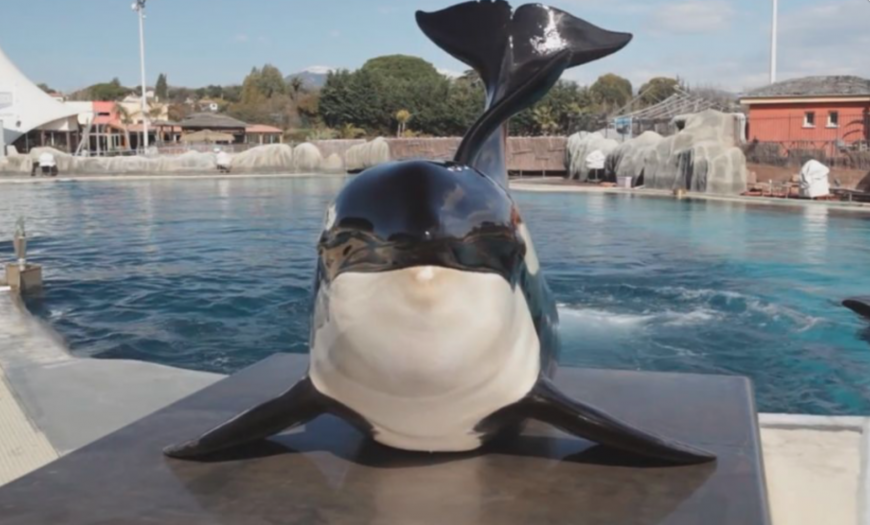 Should Valentin had lived amongst his wild counterparts, he likely would have made an excellent hunter, learning from all members of his nuclear and extended family. Complex communication patterns would have been mastered. Breaching, spyhopping and dorsal fin slapping would have likely formed a typical part of his daily behaviors.  All in all, he would have been a normal orca, thriving in the natural habitat of the sea.

This was not the case.

Just hours before Valentine’s Day, on February 13, 1996, a male orca, named Valentin, was born at Marineland, Antibes to two wild-caught parents. His mother, Freya and Kim 2, his father, were both caught in Iceland in 1982. During the 14 years prior to Valentin’s birth, they spent their lives in a manmade tank, performing for the park’s paying patrons. Gone was any semblance of normalcy, instead, the dolphins repeated learned behaviors forced upon them by their human trainers – behaviors which earned them food rewards for their compliance. 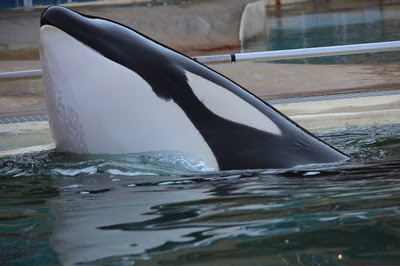 An entire world turned upside down: waiting for stimulus above the surface. Photo credit: Sam Lipman/orcaaware.org

The baby was treated no different, with the artificial world of the theme park imprinted on him from day one. And, as the dolphin grew up, he learned not how to hunt, how to navigate, nor how to socialize, but instead, he learned how not to be a dolphin.

When he began to exhibit sexual tendencies, he was put on medication to curb his drive. When he became aggressive towards his trainers, he was put on medication to curb that. When he displayed stereotypical behaviors common in captive dolphins, including bumping his head against tank walls and gates, chewing concrete, and other repetitive actions, they were dismissed. In fact, despite his seemingly mounting frustration, semen samples were collected from Valentin as part of the facility’s artificial insemination program.

Kim 2 died of pneumonia at 23 years of age, on November 23, 2005, when Valentin was nine years old. And, on June 20, 2015, after a protracted illness, Freya died at 33 years of age. With four stillbirth siblings, Valentin had lost his entire family. Worse, he had never felt the currents of the sea – not once during his entire 19 years of living. 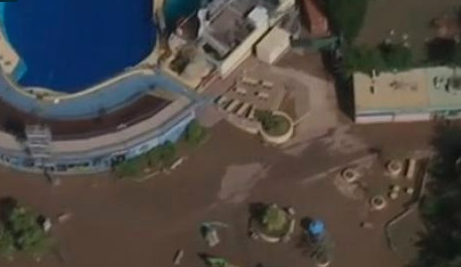 Between October 3 and 4, 2015, the unthinkable happened. Violent storms swept through southern France, causing severe flooding and sending contaminated water into the marine mammal tanks. Photographs showed the five, remaining orcas, including Valentin, swimming in murky, muddy water. Bernard Giampaolo, Director of Marineland Antibes, indicated that the facility had been severely compromised,* with no electricity or flowing water. Several animals died, including fish, turtles and sea lions as well as terrestrial animals including rabbits, sheep and goats.

A direct link to the floods could not be established.