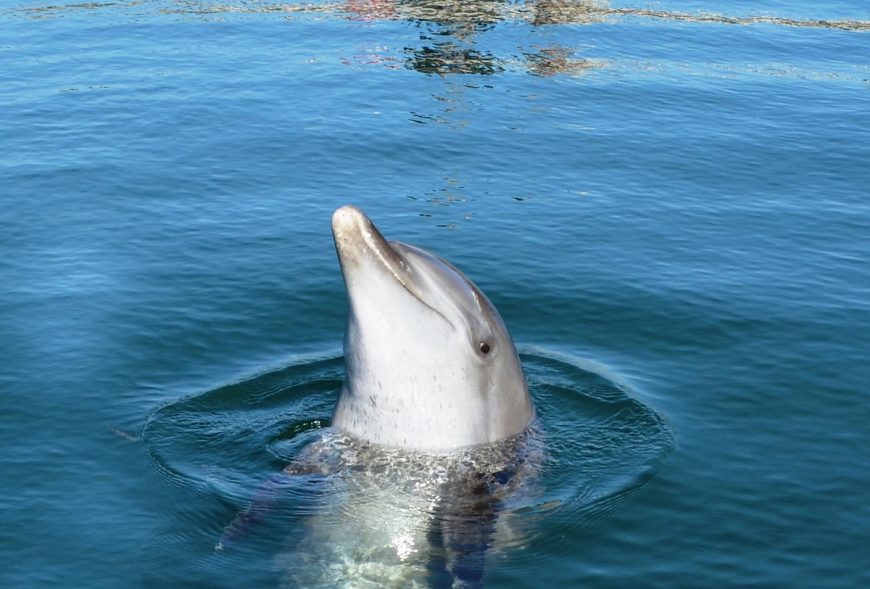 From Rambo to Rainbow

Rambo is one of two dolphins that the Central Jakarta Forestry Department and the Dolphin Project team recently rescued from a small, filthy swimming pool at the Melka Excelsior Hotel in Lovina, North Bali, Indonesia. Entrepreneurs who operate a crude traveling dolphin show in the country captured the dolphin in Indonesian waters and later sold him to the Melka Hotel. Since then, Rambo has been used in shows and a captive dolphin swim program for holiday makers.

When Ric (O’Barry) asked the trainer at the hotel what the dolphin’s name was, she answered, “Rambo.” But Ric misheard her and thought she said “Rainbow.” And that is what we are calling him now amongst ourselves. In many cultures, rainbows are viewed as symbols of hope and new beginnings. We simply can’t think of a better name for a dolphin that, after years of suffering in deplorable living conditions, finally has a chance for a better life. 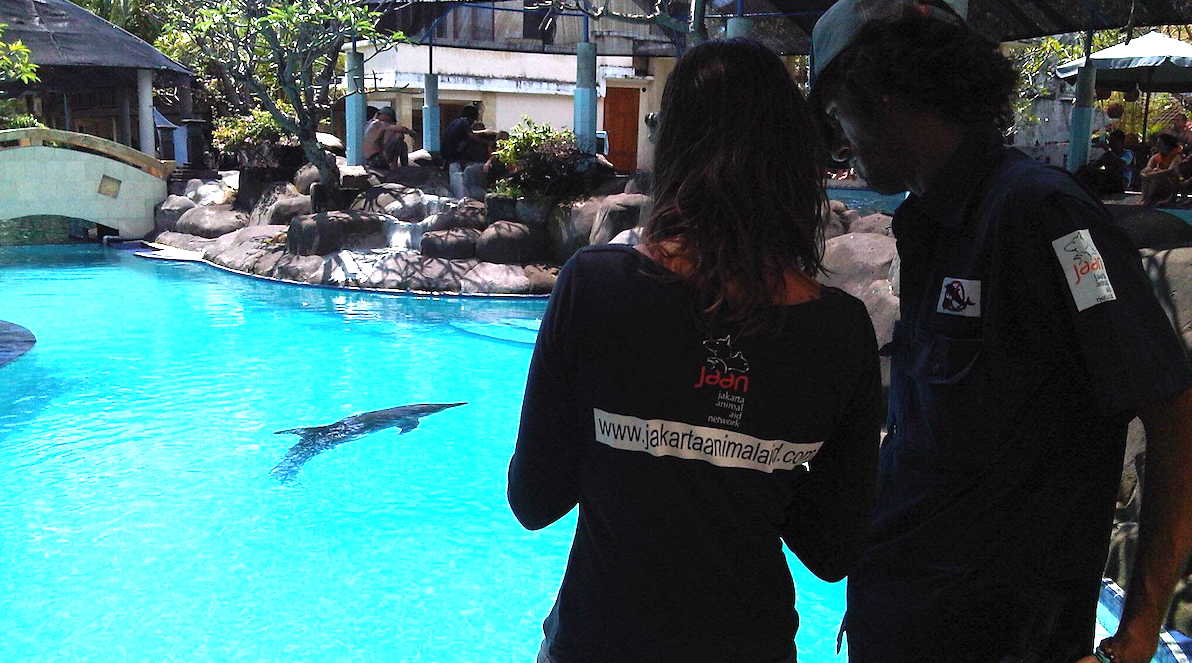 We have been unable to find any records of when Rambo was captured. We do know, however, that he was captured in Central Java, where most of the wild-caught captive dolphins in Indonesia come from. Considering the poor living conditions at the Melka Hotel, there may have been several “Rambos” there over the years. Holiday makers who purchase tickets can’t tell individual dolphins apart. So, when a dolphin dies, the facility simply puts in an order for another one to replace it. By giving the dolphin the same name, it appears as if it’s the same dolphin that has always been there.

Since the day Rambo was violently taken from his family and pod members, concrete walls have confined him to barren swimming pools with their unnatural sounds of water pumps, filtration systems, cheering audiences, and blasting disco music. His role in life? Performing in theatrical shows and catering to large crowds of tourists looking for casual entertainment. Captive dolphin swim programs have become hugely popular in many parts of the world. Through sleek, tempting ads, dolphinariums and travel operators convince endless lines of tourists to purchase tickets for closeup encounters with dolphins. What the facilities don’t reveal is the number of dolphins that are being captured in Indonesia, Russia, Cuba, Japan, and other countries to meet consumers’ demand for these dolphin encounters. They also don’t tell their customers about the unnatural, deprived lives that these highly intelligent and social marine mammals suffer in captivity. 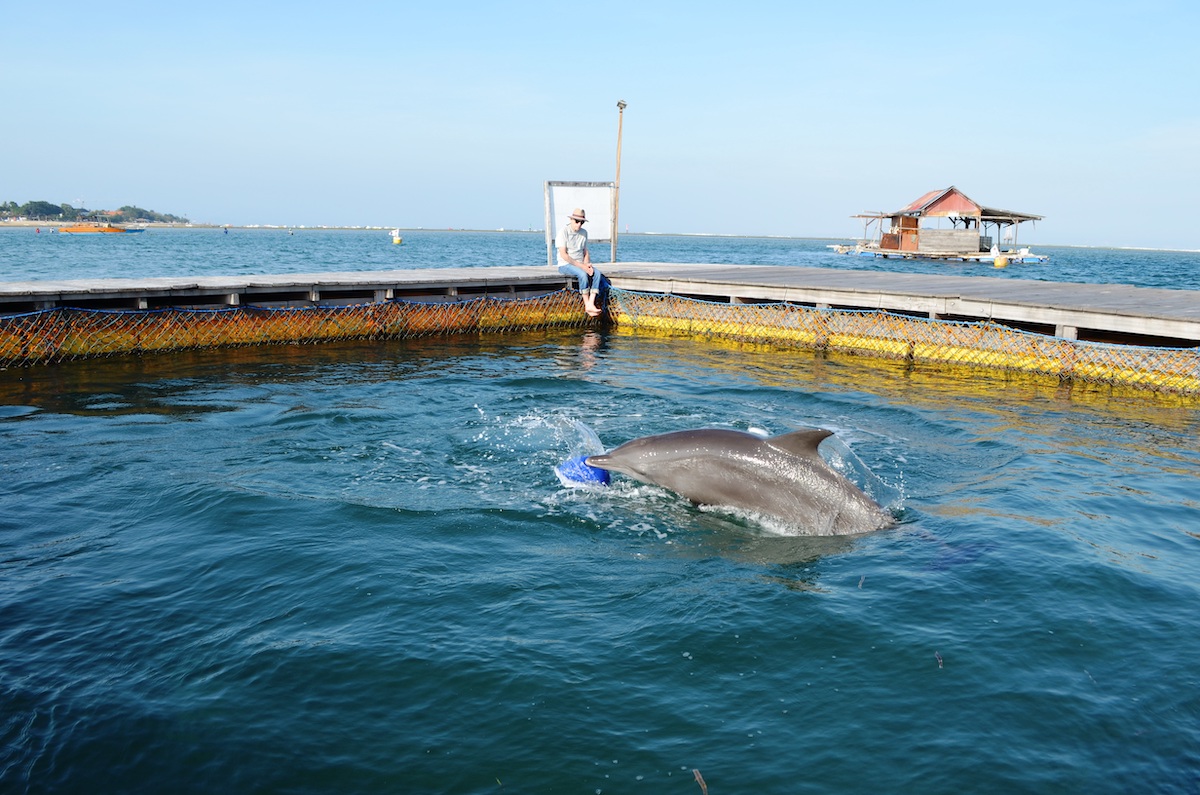 Most of the dolphins that end up in captive dolphin swim programs never get out of there alive. Rambo was destined to spend the rest of his life performing tricks for rewards of dead fish and dealing with crowds of tourists who want to kiss, hug, and ride him. Thanks to the Free Bali Dolphins campaign, which Lincoln O’Barry and Femke den Haas launched several years ago, and to the Central Jakarta Forestry Department, who ordered that the swim program at the Melka Hotel be shut down, Rambo is on the road to recovery. Now that he has been transferred to a floating sea enclosure, he can once again enjoy the natural rhythms and sounds of the sea. He is benefitting from the healing properties of natural sea water, gaining weight and strength. Hopefully, with time, he will heal from some – or all – of the trauma that he has endured in the hands of humans. He will never again have to perform tricks for food rewards of dead fish or take tourists for rides in a small tank. All of that is behind him.

Small fish enter Rambo’s sea enclosure every day, and we have seen him eagerly chase them. It gives us tremendous hope that his natural abilities are still intact and that he remembers his natural dolphin ways. The holding pen he is in now is temporary. It is a stepping stone to his next destination, which will be much bigger and better. 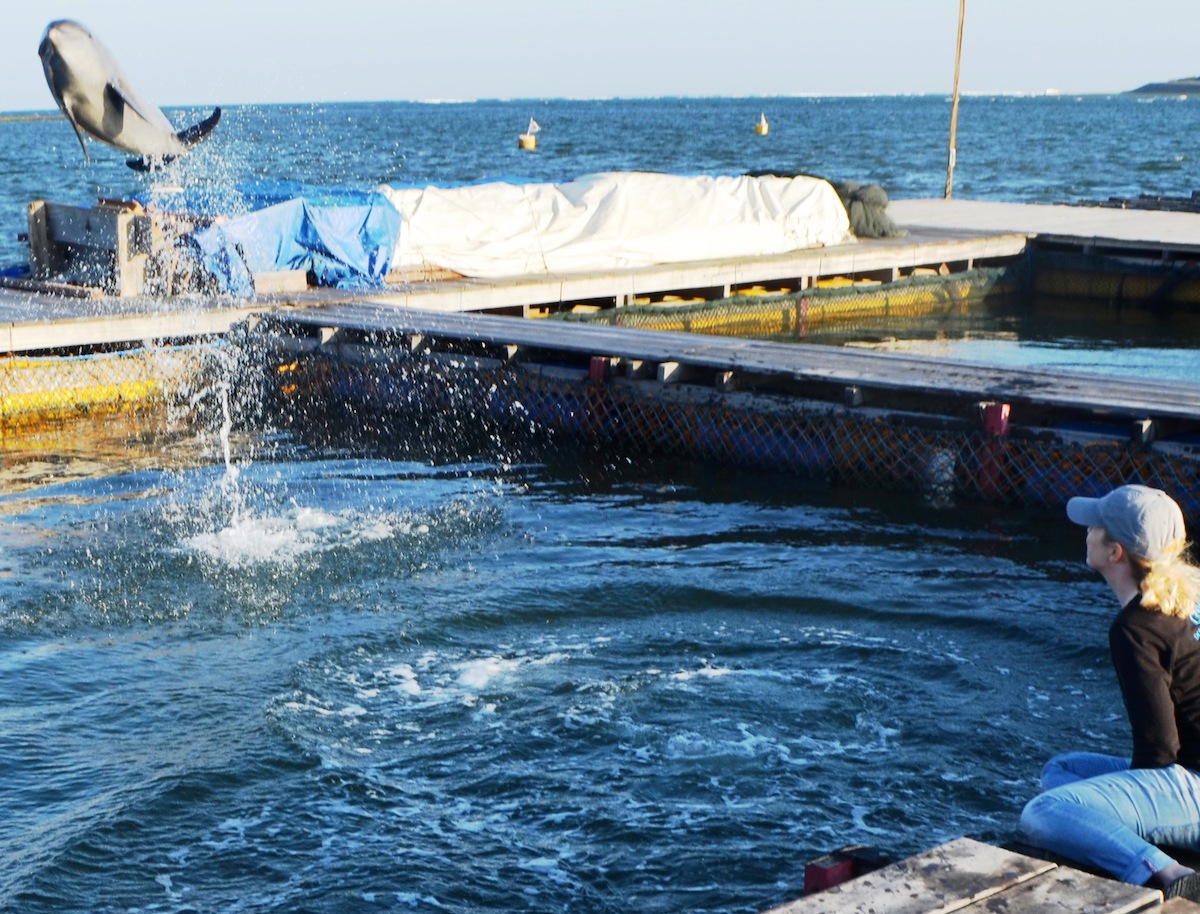 There are many more improvements to come in this dolphin’s life. His journey back to his natural home range has only just begun. Whether Rambo can be released or not remains to be seen. One thing is for certain: we will do everything in our power to ensure the rest of his life is filled with peace and dignity.