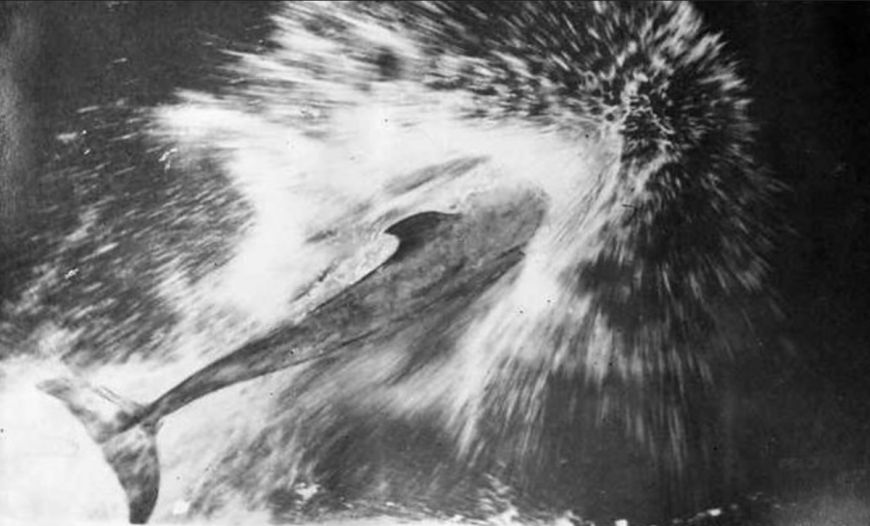 The first dolphin slaughter I witnessed was in Taiji, Japan. An entire pod of Risso’s dolphins was killed. It had a deep and lasting effect on me. I was not an activist yet — I was more of an “adventure tourist” looking for something to do on my vacations that might have some meaning. Instead, it started a journey I will never turn back on. After the slaughter, my (now) friend Hans Peter Roth sat me down and told me this story. I repeat it every year after the first Risso’s slaughter of the dolphin hunting season, which this year, took place with the decimation of nine beautiful Risso’s on September 4, 2022.

The story of Pelorus Jack

Pelorus Jack is the first Risso’s dolphin to be granted protection by any government anywhere.

Pelorus Jack — a dolphin not common to New Zealand — accompanied ships traveling between Wellington and Nelson. He was given the name because he would escort boats near the entrance to Pelorus Sound, in the Marlborough Sounds. Discovered in 1888 when he joined a steamer bound for Nelson, Pelorus Jack spent the next 24 years (!) escorting boats from Pelorus Sound to the treacherous French Pass, a narrow stretch of water between D’Urville Island and the mainland. This is a pass that has claimed many boats.

While Pelorus Jack joined boats heading for Nelson at the entrance to Pelorus Sound, he swam to, but never through the French Pass. On the reverse journey, he met ships as they came out of the pass, staying with them for the eight kilometer trip to Pelorus Sound before going his own way. He enjoyed swimming up against the boats and riding their bow waves.

In 1900, a crew member on one of the steamers that entered the pass shot Pelorus Jack. Miraculously he survived, and continued to escort ships through the pass. Several years later the same ship returned to enter the pass, but Pelorus Jack was nowhere to be seen. On this trip, the ship ran aground, with many saying it was because Pelorus Jack wasn’t there to escort the vessel to safety.

Over the years his fame grew, and he became a tourist attraction. Figures like American writer Mark Twain and English author Frank T. Bullen traveled to New Zealand just to see this Risso’s dolphin. Demands that Pelorus Jack be protected by law led to a 1904 order in council (renewed twice before he died) under the Sea-Fisheries Act 1894 and the subsequent Fisheries Act 1908.

The legend of Pelorus Jack lives on long after his death. He is the subject of a number of songs, and a chocolate bar was even named after him.

For me, Pelorus Jack is the symbol of how human interactions should be with dolphins. These can be special relationships. Even countries like Japan that slaughter and take these amazing animals into captivity have areas within these countries that, in efforts to protect them, consider dolphins citizens. It is sometimes overwhelming, but we must always acknowledge these positive examples, even in the places that do the most harm to these majestic ambassadors to the sea.

Learn more about Taiji, Japan’s dolphin hunts — and how you can help.