ON THE RIGHT SIDE OF HISTORY IN THE FAROES 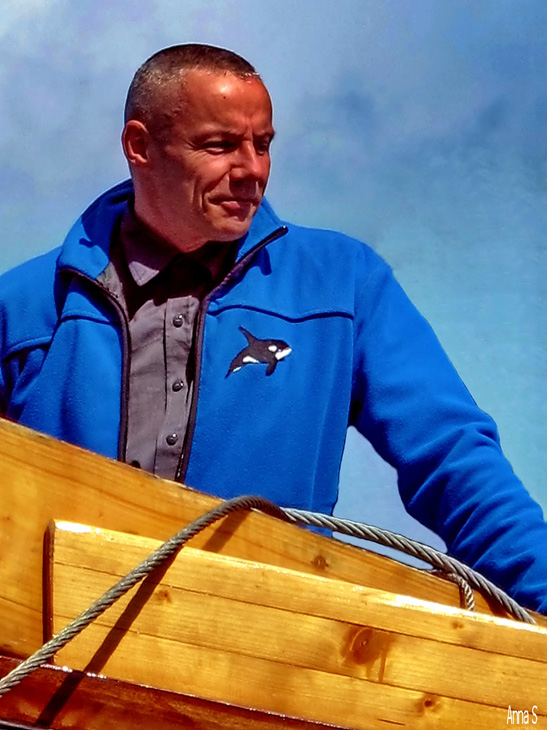 Something quite amazing has happened:  We have found a true hero in the Faroe Islands.

We are all so used to hearing that Faroese people view the pilot whale slaughter as a valuable tradition and an indispensible part of their culture.   I have often wondered if all Faroese people really felt this way?

During my conversations with the Faroese, I have come to learn that many of them are in fact against the pilot whale slaughter, but they are too afraid to express their opinion, out of fear of being ostracized from their community.  (Just like in Japan!)

We have been wishing for so long to find someone who had the courage to defend the pilot whales openly.  And now we have.  Or rather, he found us.  He approached us yesterday at the Hvonn Brasserie in Torshavn and told us he had seen The Cove and recognized Ric.   He introduced himself as Ingi Sørensen.   A professional diver and talented underwater photographer, Ingi has developed a true appreciation for Faroese marine life, including pilot whales.   He expressed a sincere gratitude for the work that we and our friends do here.

He and his partner, Aggi Ásgerð Ásgeirsdóttir,  invited us to their home to talk about it.   Speaking in fluent Danish, Ingi told me that he is fiercely against the pilot whale slaughter and wants to see it stop.

“I can’t wait another ten years for this abhorrent slaughter to stop.  It has to stop now.  There is no justification to wipe out entire schools of pilot whales, and the much-used argument of maintaining the hunt as a Faroese tradition has no validity whatsoever,” he said, adding that the Faroese people owe it to the pilot whales to stop killing them.

“Pilot whales have kept us alive for centuries.  They have saved us from starvation.  Today, their meat is so toxic, our own health authorities warn it’s too dangerous to eat.  It’s our turn to save the pilot whales, by leaving them in peace and focusing our attention on saving their habitat from further destruction,” he says.

Ingi has created a Facebook group called Faroese Against Pilot Whale Hunting.  “I wanted to create a forum where those in the Faroe Islands who oppose the pilot whale slaughter can gather and share their thoughts freely and without fear,” he says.  So far, his group has 222 members.

“There are a lot more of us out there, and it is my hope that my outspokenness will inspire them to join and voice their opposition to the hunt,” says Ingi, who has never killed a single pilot whale in his life.

He told me a whole lot more about his grass roots campaign, and I will write about it later.