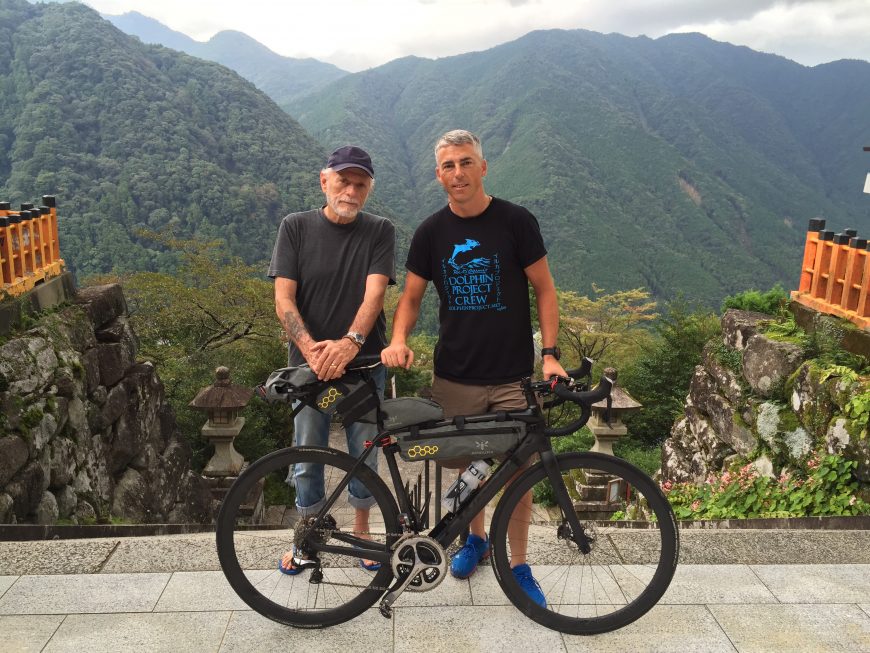 After the success of last year’s Cycle Challenge Japan, where he cycled 2,316km unsupported, Ollie Blackmore is getting back on his bike in peak typhoon season to help put a stop to dolphin hunts in Taiji, Japan.

This July, he will be concentrating his endurance challenge on the biggest mountain in Japan: Mount Fuji. Over the course of 11 days, Ollie will cycle up Mt. Fuji as many times as possible, totaling around 25-30 ascents by bike. On two days he will ride up to the 5th stations and climb to the summit on foot. This will be out of season with no support.

I can’t sit back and continue to see the cruelty and murder in Taiji where thousands of dolphins are killed and forced into captivity every year. With Ric O’Barry now banned from Japan, I’m even more determined to make this cycling challenge count.” ~ Ollie Blackmore

Continues Ollie, “Before I start, I’ll cycle from Tokyo to Futo to finally meet Izumi Ishii, an ex-dolphin hunter. I’ll then cover 1,770km in 11 days and climb 155,000ft in that time.”

Have a goal you’ve always wanted to accomplish? Create your own Crowdrise fundraiser.

Donate to Ollie’s cycling challenge in support of Dolphin Project