Of Motherhood and Mercury 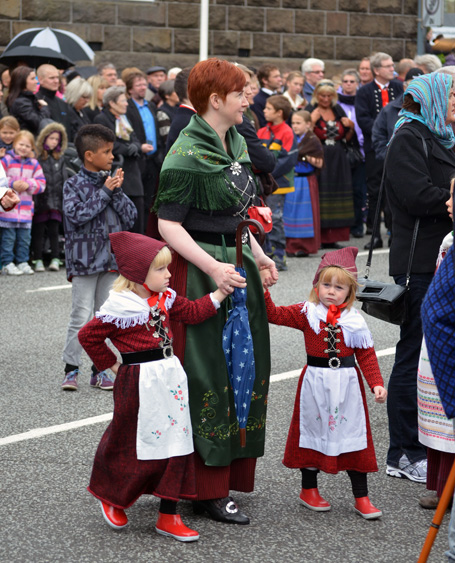 Having talked to many Faroese people, we now have the clear impression that those who belong to the older generation are not going to change their minds about the pilot whale slaughter.  Many of them view the slaughter as an important part of Faroese culture, and, as far as their health is concerned, they are willing to take their chances.

Just a few examples: A married couple in their sixties who rents the upstairs of their house in Torshavn to tourists invites me into their kitchen and shows me several plastic bags containing pilot whale meat and blubber.  I ask them how they can eat it, knowing that it contains high levels of mercury and other dangerous toxins.  “We are at an age where it doesn’t matter much what we eat,” the husband says.  His wife is quick to add, “So many foods are unhealthy today, what difference does it make?  Besides, how are we supposed to turn down a free meal?”

Most Faroese people who belong to the older generation have been eating pilot whale since early childhood.  They have acquired a taste for it and do not want to give it up.

A retired bus driver puts it this way:  “I can’t imagine life without pilot whale meat.  It has been a part of my life for as long as I can remember.”  I ask him if he is not concerned about the toxins.  His reply: “Not really.  I have heard of all the talk about toxins, but so far have never seen anyone collapse in the street from eating pilot whale.”

Down by Torshavn harbor, a retired fisherman, who refers to pilot whales as “big fish,” tells me that he is not the least alarmed at the levels of toxins found in them and has no intention of following the advice of Faroese health authorities to cease consumption.  “I don’t want health authorities or anyone else to tell me what I can and cannot eat,” he says, adding that he would respond to news of a pilot whale sighting near the islands by getting in his boat and joining in the kill right away.  “The pilot whale kill is an important part of Faroese culture, and if it were up to me, it would never stop,” he says.

Young mothers of the Faroe Islands, however,  view the issue from a very different perspective, according to 46-year-old Aggi Ásgerð Ásgeirsdóttir who has never served pilot whale to her children.  Aggi summarizes her views in saying, “It’s one thing to make that hazardous choice on your own behalf to continue eating pilot whale despite the warnings.  It’s an entirely different matter to make that choice on behalf of your children, thereby exposing them to the risks of health problems later in life.”

Chief Physician Dr. Pal Weihe has spent much of his time warning the Faroese population about the toxins found in pilot whales and has deemed the marine mammals unfit for human consumption.  I met him at his office in Torshavn from which there is a stunning view of the harbor where many of the boats used to drive schools of pilot whales ashore are anchored.  “It is incomprehensible to me that anyone would jeopardize their own health, and the health of their children, for the sake of maintaining a cultural manifestation,” Dr. Weihe says.  In regard to the remark about not wanting to turn down free food, he comments, “The Faroe Islands is a modern welfare society.  Nobody here needs to accept a free meal, especially if it’s at the risk of damaging their health.”

Dr. Weihe is optimistic that the days of the pilot whale slaughter are numbered.  And the slaughter will stop, he says, because of Faroese women.  “The young women take the health dangers seriously and have cut back drastically on their consumption.  They carry the tremendous responsibility of ensuring the health of their future children and filter out any arguments based on culture or politics,” Dr. Weihe says.  “Within not too long, pilot whale will no longer make up a significant part of anyone’s diet.  The alarming knowledge that pilot whale meat and blubber is damaging to human health will not only be heard by the Faroese population—it will be taken seriously.”